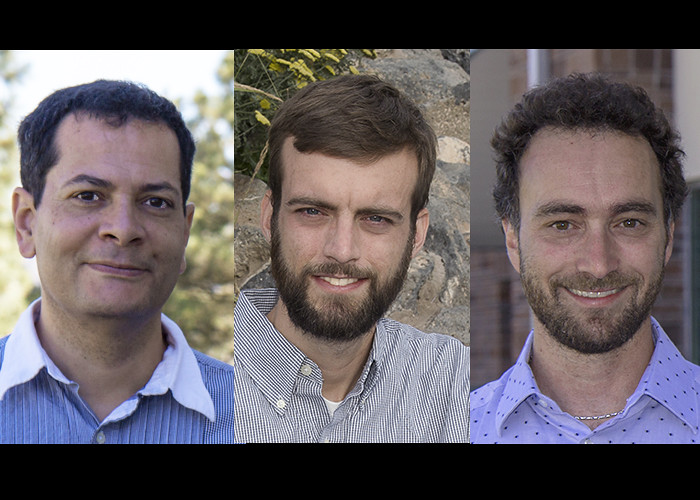 Three talented young researchers at Los Alamos National Laboratory are among the recipients of the highly valued Early Career Research Program Funding awards from the US Department of Energy’s Office of Science. This is the ninth year DOE has provided the awards, designed to bolster the nation’s scientific workforce with support to exceptional researchers during their early careers.

“The strength of Los Alamos National Laboratory is our staff,” said Director Terry C. Wallace, Jr. “These early career researchers are being recognized for not only their accomplishments, but also for their potential as future leaders and pushing the frontiers of science and technology. They continue the Laboratory’s proud tradition of excellence that has defined us for the last 75 years.”

The recipients from Los Alamos are

“We are excited for Alex, Cesar, and Stefano in receiving this recognition of both their accomplishments to date and their high potential for future impact. These Office of Science Early Career Awards will enable the continued success of these promising individuals to advance scientific frontiers and the Laboratory’s mission,” said John Sarrao, Los Alamos’s principal associate director for Science, Technology & Engineering.

“Supporting talented researchers early in their career is key to building and maintaining a skilled and effective scientific workforce for the nation. By investing in the next generation of scientific researchers, we are supporting lifelong discovery science to fuel the nation’s innovation system,” said Secretary of Energy Rick Perry. “We are proud of the accomplishments these young scientists have already made, and look forward to following their achievements in years to come.”

Under the program at DOE national laboratories, where DOE typically covers full salary and expenses of laboratory employees, grants will be $500,000 per year to cover year-round salary plus research expenses. The research grants are planned for five years.

To be eligible for the DOE award, a researcher must be an untenured, tenure-track assistant or associate professor at a U.S. academic institution or a full-time employee at a DOE national laboratory, who received a Ph.D. within the past 10 years. Research topics are required to fall within one of the Department's Office of Science's six major program offices:

Awardees were selected from a large pool of university- and national laboratory-based applicants. Selection was based on peer review by outside scientific experts. A list of all 84 awardees, their institutions, and titles of research projects is available on the Early Career Research Program webpage http://science.energy.gov/early-career/.