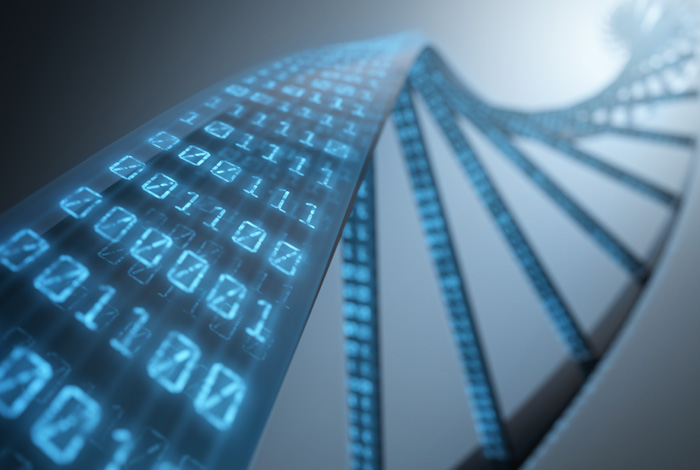 In a world flooded with data, figuring out where and how to store it efficiently and inexpensively becomes a larger problem every day. One of the most exotic solutions might turn out to be one of the best: archiving information in DNA molecules.

The prevailing long-term cold-storage method, which dates from the 1950s, writes data to pizza-sized reels of magnetic tape. By comparison, DNA storage is potentially less expensive, more energy-efficient and longer lasting. Studies show that DNA properly encapsulated with a salt remains stable for decades at room temperature and should last much longer in the controlled environs of a data center. DNA doesn’t require maintenance, and files stored in DNA are easily copied for negligible cost.

Even better, DNA can archive a staggering amount of information in an almost inconceivably small volume. Consider this: humanity will generate an estimated 33 zettabytes of data by 2025—that’s 3.3 followed by 22 zeroes. DNA storage can squeeze all that information into a ping-pong ball, with room to spare. The 74 million million bytes of information in the Library of Congress could be crammed into a DNA archive the size of a poppy seed—6,000 times over. Split the seed in half, and you could store all of Facebook’s data.