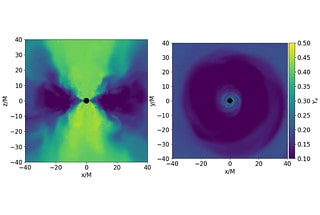 Scientists at Los Alamos National Laboratory are providing a deeper understanding of the solar system by studying heavy element radioactivity in meteorites.

“The question of where the elements on the periodic table come from is surprisingly not yet complete,” said Matthew Mumpower, a theoretical physicist at the Lab. “We believe that it takes very special conditions to produce the rapid neutron-capture process, known as “r-process, that creates the heaviest elements on the periodic table. We only have hints that rare supernovae or compact object mergers such as binary neutron star mergers could achieve such conditions. Our novel study can be used as yet another multi-messenger data point (in addition to gravitational waves, neutrinos and electromagnetic signals) to constrain the origin of the elements.”

Many elements that we are familiar with here on Earth were synthesized in a cataclysmic explosion before the formation of the solar system. Such an r-process event or series of events created a good portion of the gold, platinum and other heavy elements we use on a daily basis. The rarity of these events, coupled with the uncertainty in the underlying nuclear physics and atomic physics, makes the r-process very difficult to study.

Here’s how the scientists did it: Two heavy r-process elements, iodine-129 and curium-247, are unique in that they have nearly identical radioactive decay times or “half-lives.” Iodine has 53 protons and curium has nearly twice as many with 96 protons. In the r-process, neutron captures occur alongside beta-decay that transmutes the original element into one with a higher proton number. A progressive series of captures and decays creates the heavier elements, and it therefore takes more neutron capture reactions to reach curium’s number of protons.

The team recognized that the half-lives of these two elements are similar, such that taking the ratio of the amount of iodine-129 to curium-247 places a constraint on the possible conditions in which the r-process may operate.

Next the team set out to determine the conditions that would create these elements that eventually fused into meteorites. They calculated the iodine-129 to curium-247 ratio synthesized by supernovae and collisions of neutron stars. They determined that the amount of neutrons during the last r-process event before the birth of the solar system couldn’t have been too high because that would create too much curium relative to iodine.

“Our paper tries to rule out alternatives. We now know it couldn’t have been a very neutron-rich environment that created the heavy elements in our solar system, and we can use it as an important constraint in future studies,” concluded Mumpower.

Trevor Sprouse, a postdoc working with Mumpower, continued:  “The r-process is a fundamentally multidisciplinary problem that has challenged scientists for over 70 years. This work, which incorporated aspects from an incredibly diverse range of scientific disciplines--including astronomy, experimental and theoretical physics, and numerical simulation--nicely showcases so much of the extensive expertise that exists here at the Laboratory.”

The research was funded by the European Research Council Consolidator Grant of Hungary, the Hungarian Academy of Sciences, the National Science Foundation of the U.S., the Department of Energy, DOE’s Scientific Discovery Through Advanced Computing,  Los Alamos National Laboratory’s Laboratory Directed Research and Development program, Fission In R-process Elements (FIRE) collaboration, Helmholtz Forschungsakademie Hessen for FAIR, and Nucleosynthesis Grid from STFC through the University of Hull’s consolidated grant.