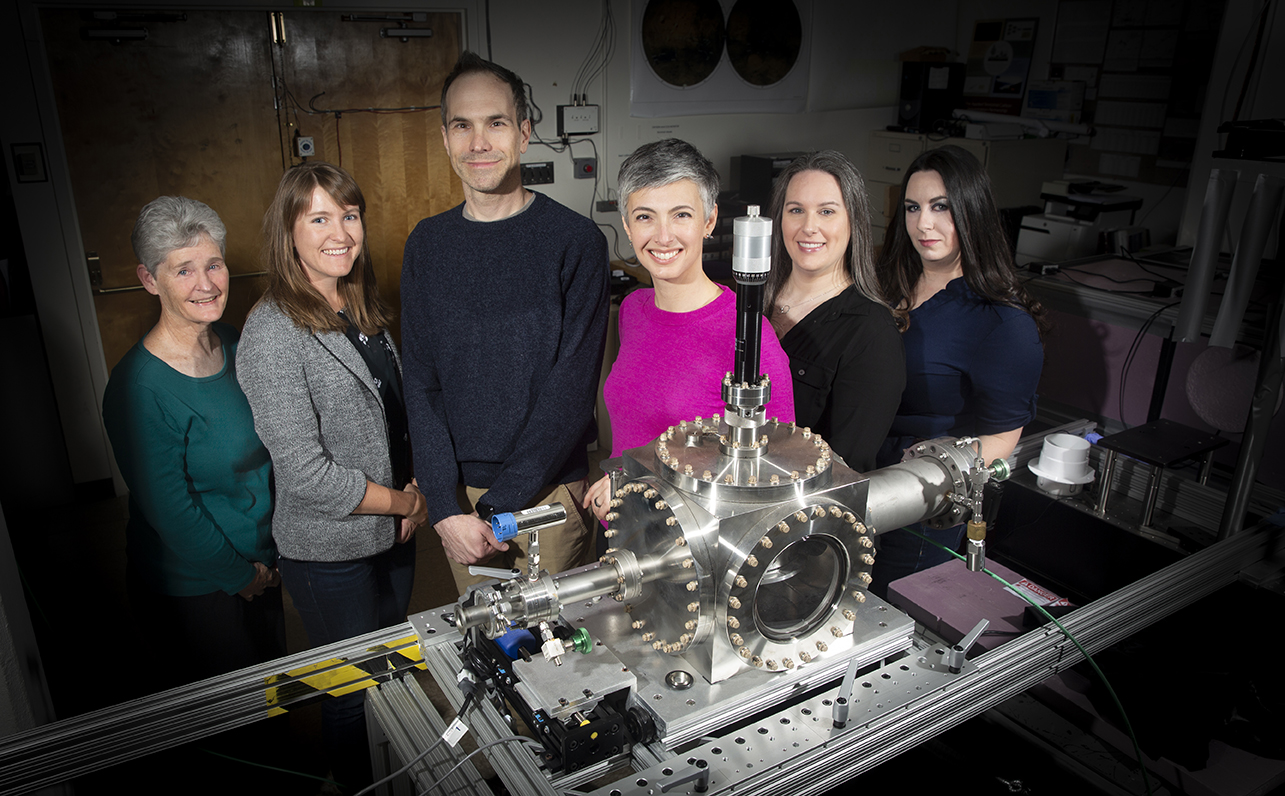 The Curiosity Rover ChemCam Engineering Team was awarded the Citation of Merit by the Explorers Club, a society that promotes exploration and scientific field study. The team was nominated for their hard work to recover the use of the ChemCam laser on Mars after the high-voltage power supply started behaving off-nominally in 2021.

The ChemCam Engineering Team members from Los Alamos are Roberta Beal, Nina Lanza, Cindy Little, Tony Nelson, Margie Root and Amanda Sheridan. ChemCam is a tool that has a laser, camera and spectrometers that all work together to identify the chemical and mineral composition of rocks and soils.

“We are thrilled to receive this outstanding recognition of our engineers’ successful efforts to keep our instrument exploring the geochemistry of Mars, and it’s an honor to join the ranks of so many exceptional explorers, both on this planet and beyond,” said Nina Lanza, principal investigator of the ChemCam Instrument.

International team worked around the clock to solve laser problem

The ChemCam laser recovery effort was accomplished by the coordinated efforts of an international team of engineers located in the U.S. and France. Not only were they separated by an ocean and several time zones, but their work was made more challenging by the COVID-19 pandemic, which did not allow for workers to congregate as a team or even in their respective laboratories.

Working around the clock in shifts, the team was able to remotely diagnose the ChemCam hardware on Mars and develop a new operational protocol for the laser. This accomplishment demonstrates effective teamwork under exceptionally challenging conditions to solve a complex problem on another planet.

ChemCam has been on Mars since 2012 and returned over 880,000 individual spectra (each representing a single laser shot) from 3,000 different targets, and more than 16,000 images. Thanks to the ChemCam Engineering Team, it will continue to provide data for the Curiosity mission.

The award will be presented at a ceremony in New York City on April 23.

The Citation of Merit is awarded annually to an individual or team in recognition of outstanding feats of exploration or contributions to the welfare and objectives of the club.