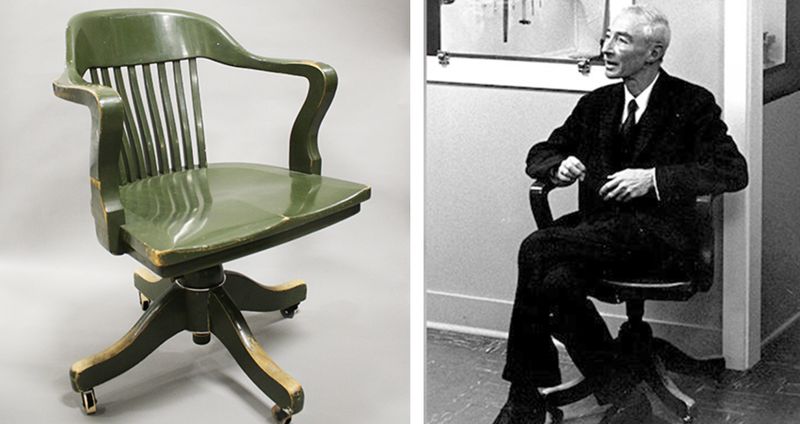 It's hard to believe that our legendary first Lab director and brilliant physicist J. Robert Oppenheimer did something as ordinary as using a chair at work like the rest of us do.

However, aside from a recently gifted book, this chair from the 1940s is the only Oppenheimer possession that the Lab has. And Oppie fans love it. The chair is routinely loaned to museums nationwide for display.

As it turns out, though, the fascination may be more about the man who sat in the chair than the chair itself.

The Lab’s story starts three and a half years into World War II, following the Japanese attack on Pearl Harbor. Army Gen. Leslie Groves was in charge of the Manhattan Project, which included a secret lab in Los Alamos called Project Y. Its purpose: To create the world’s first nuclear weapons.

Perhaps Oppenheimer had his moments of scientific breakthrough while seated in his office. Or, maybe not.