'Frustrated' nanomagnets order themselves through disorder

Interactions between alternating layers of exotic, 2D material create 'entropy-driven order' in a structured system of magnets at equilibrium 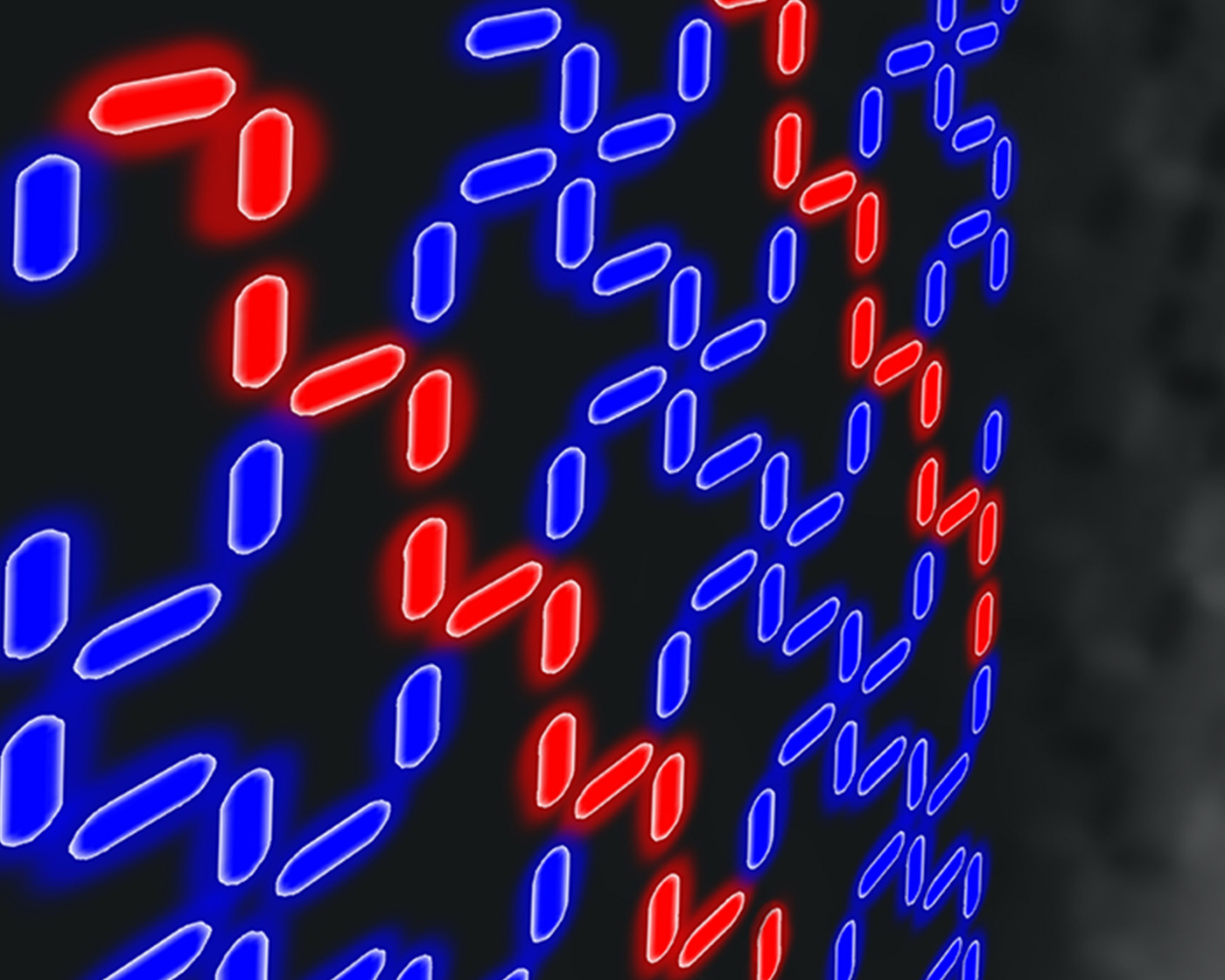 Extremely small arrays of magnets, known as tetris spin ice (shown here), can order themselves by increasing their disorder. Credit: University of Illinois at Urbana-Champaign

Extremely small arrays of magnets with strange and unusual properties can order themselves by increasing entropy, or the tendency of physical systems to disorder, a behavior that appears to contradict standard thermodynamics — but doesn’t.

“Paradoxically, the system orders because it wants to be more disordered,” said Cristiano Nisoli, a physicist at Los Alamos and coauthor of a paper about the research in Nature Physics. “Our research demonstrates entropy-driven order in a structured system of magnets at equilibrium.”

The system examined in this work, known as tetris spin ice, was studied as part of a long-standing collaboration between Nisoli and Peter Schiffer at Yale University, with theoretical analysis and simulations led at Los Alamos and experimental work led at Yale. The research team includes scientists from a number of universities and academic institutions.

Nanomagnet arrays, like tetris spin ice, show promise as circuits of logic gates in neuromorphic computing, a leading-edge computing architecture that closely mimics how the brain works. They also have possible applications in a number of high-frequency devices using “magnonics” that exploit the dynamics of magnetism on the nanoscale.

Entropy is the measure of the state of disorder, randomness or uncertainty in a physical system. A liquid, for instance, has high entropy because at warm temperatures — high energy — its molecules are free to move around in a random, disordered way.

But when liquids are cooled to form solids, the molecules calm down and order themselves through interactions to optimize their energy. They can arrange themselves in a crystal lattice in only a limited number of configurations. This lowers their entropy: they are highly ordered.

Some systems, however, are not so simple. Parts of the system settle in an orderly way, but others don’t. These “frustrated” systems retain disorder.

Tetris spin ice, which is composed of 2D arrays of very small magnets that interact but are frustrated, is a strange mix of the two cases. The magnetic pole orientations frustrated in such way that the system retains some order while remaining disordered. At low temperature it decomposes into alternating ordered and disordered stripes.

The apparent paradox of increasing entropy with increasing order is resolved by the entropic interaction between the alternating layers. By mutual ordering of the ordered stripes, the system increases the disorder in the other stripes. Thus, order happens without any decrease in energy, but via an increase in entropy.

“No law of thermodynamics is truly broken,” Nisoli said. “The concept that systems order by reducing entropy applies to most systems, but, as we show, not to all. Our system is exotic and behaves counterintuitively, with an increase of entropy, a measure of disorder, being the driver of visible order.”