Can you name all nine of the companies that guide the Laboratory and help make it successful?

In addition to the “big three” that make up Triad, LLC, six more are named in the contract that outlines how the Laboratory operates. 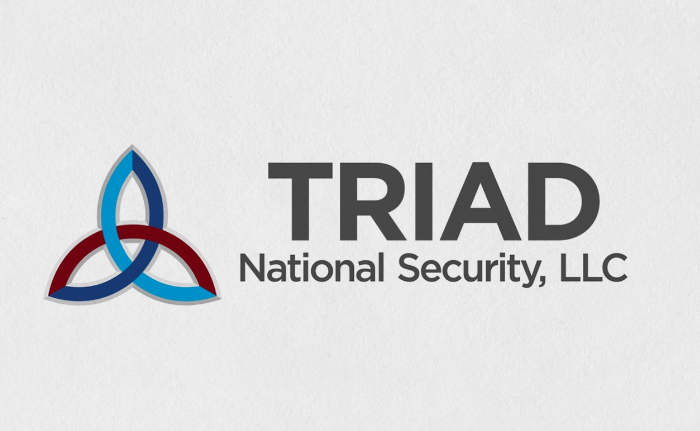 Which companies are they? What role do they play? How are they different from other subcontractors? How do employees interact with them?

The answers may surprise you.

But first, a Triad refresher

As you probably know, the Department of Energy “owns” all of the national laboratories throughout the United States. Rather than operating and managing the facilities itself, DOE contracts with other corporations and entities to take care of this monumental task.

One of the reasons Triad National Security, LLC won the contract to manage and operate LANL — and thus began the important work of caring for our nation’s nuclear stockpile in November 2018 — is because of the strong team it brought together from the very start.

You probably know the three nonprofit partners that make up the Limited Liability Corporation: Battelle Memorial Institute, the Regents of the University of California and the Regents of Texas A&M University.

But did you know that there are six for-profit companies named in the contract as our team members?

Together, all nine entities work as a cohesive team to integrate research, production and operations in a seamless manner. The partners and the team members are vital to the success of LANL, and they all share the common objective of delivering exceptional mission outcomes for DOE and the National Nuclear Security Administration (NNSA). Their commitment to work as a team, and with Triad, is underscored through the extensive amount of time, talent and resources each has dedicated to the mission throughout the entire relationship, from proposal preparation to contract execution.

Who are the six team members?

Most employees won’t know that they are working alongside a Triad business team member. Like regular LANL employees, they have DOE badges. They attend WebEx meetings with us, observe the same Lab holidays that we do and keep the important mission of the Lab in mind.

In addition to Battelle, UC and Texas A&M, two large-sized businesses are named in the contract: Fluor and Huntington Ingalls Industries (HII).

Each of these companies and entities formed a partnership with Triad, and each provides very specific mission expertise to the overall contract.

What services do the six team members provide?

Each of these businesses has over 20 years of experience performing complex work across the NNSA enterprise, and each has extensive ties to Northern New Mexico and are integral to the Los Alamos community.

The two large-business members were chosen as subcontractors to give Triad access to personnel, systems and tools which enhance capabilities in capital projects (Fluor), and in nuclear manufacturing and operations (HII).

The four small-businesses were chosen because they provide key institutional knowledge, technical expertise and capabilities, access to subject matter experts (SMEs) and other technical support in areas. These include contractor assurance and project management (L&A); plutonium systems infrastructure design and engineering, project controls and nuclear safety basis (Merrick-SMSI); pit manufacturing (TechSource) and public works/workforce supply chain (Pueblo Alliance). Each company is also expected to support broader Laboratory mission areas as they have in the past.

All six of the team members have fully competed subcontracts with Triad, LLC and were integral to Triad’s successful proposal to the NNSA. This gives LANL immediate access to the expert services for which the companies are known, without having to go through the time and expense of putting out a bid each time there is a need. And, over the last two years, this process has been well established and optimized for a speedier turnaround.

Of course, this does not mean that these four small businesses are the only ones that can and do perform services for the Lab. Triad can and does use other subcontractors if it is deemed appropriate, cost-effective and efficient for the task.

What’s the difference between these six and other subcontractors at LANL?

While each of the companies named in the M&O contract are considered subcontractors, there are some major differences that distinguish them from other companies that perform subcontracting work for LANL.

Here’s what sets the team members apart from the rest:

How do LANL employees work with these businesses?

Employees involved in project planning and execution — especially capital and pit manufacturing projects, as well as facility operations — are likely to interact with these small businesses on a regular basis.

These Triad team members provide the services of experts, even if only for a limited amount of time. The knowledge and skills that they bring to the table are unparalleled, and they share a common vision and goal that permeates the entire Lab: To deliver exceptional mission outcomes for the Laboratory.