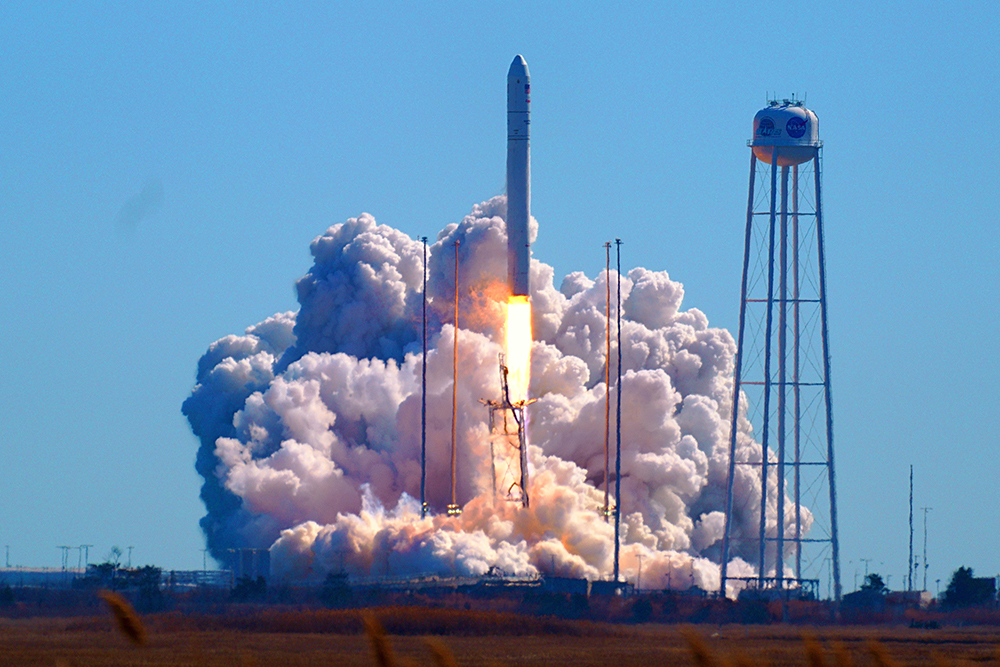 On Saturday, Feb. 19, 2022 at 12:40 p.m., NACHOS lifted off from Wallops Island, VA, heading for the International Space Station aboard the Northrop-Grumman NG-17 Antares/Cygnus vehicle.

Earth's atmosphere is mostly composed of nitrogen and oxygen, but dilute trace gases, both from natural sources and human activities, play an important role in the environment, climate and human health. These gases include the more than 50 billion tons of greenhouse gases the world collectively emits into the atmosphere every year, including carbon dioxide, methane, nitrous oxide and others.

But many other trace gases are also significant, such as nitrogen dioxide, which gives urban smog its familiar brown color; tropospheric ozone, which causes many of smog's negative health impacts; and sulfur dioxide, which causes acid rain. These are largely produced by human activity — power plants and fossil fuel-based vehicles — but volcanoes and agricultural activities are other sources.

A key piece of successful pollution prevention strategies is identifying sources of these pollutant trace gases and understanding their chemical reactions in the atmosphere as they move downwind. A long-sought-after goal in this area has been to identify sources from space. While some existing satellites can monitor these gases on a coarse regional scale, none have the spatial resolution to see crucial finer-scale details, such as pollutant chemistry within cities, or the early sulfur dioxide emissions from awakening volcanoes.

New technology developed at Los Alamos National Laboratory may provide a solution to that problem. The NanoSat Atmospheric Chemistry Hyperspectral Observation System, or NACHOS, is the first-ever cubesat-based hyperspectral imaging system that can compete with traditional large-satellite instruments in chemical detection applications. Hyperspectral imaging is conceptually similar to color imaging, except that instead of each pixel containing just the three familiar red, green and blue channels that mimic human vision, each pixel contains hundreds of wavelength bands, analyzing the light in great detail in order to spot the unique spectral fingerprint of each gas of interest.

Read the rest of the story as it appeared in Space.com.