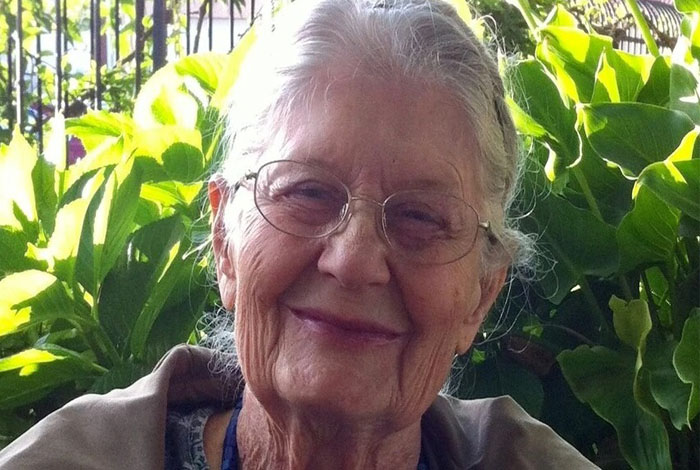 Arianna Wright Rosenbluth — former Los Alamos physicist and last surviving contributor to the seminal 1953 paper “Equation of State Calculations by Fast Computing Machines” on the first uses of what is now known as the Metropolis algorithm — passed away in December 2020 at age 93 from COVID-19 related causes.

The Metropolis algorithm is a Markov chain Monte Carlo method that continues to be foundational in the modern world of computer science. Its applications today range from weather forecasting to climate change modeling, computer graphics, AI, economic analysis, and more.

"The Metropolis algorithm enabled the application of the Monte Carlo method to a broad class of problems to which the original Monte Carlo techniques of Ulam and von Neumann were inapplicable. Its simplicity facilitated the eventual spread of its use throughout the quantitative sciences and engineering and even in the social sciences and humanities. It helped establish the Monte Carlo method as a 'go-to' method for understanding large, complex problems," said Jim Gubernatis of the Laboratory's T-4 group.

Growing up in Texas, Rosenbluth showed an affinity for science at an early age. She graduated with a bachelor’s in physics from Rice University at age of 18 and a master’s in physics from Radcliffe College a year later. In 1947, she began working on her doctorate at Harvard University, where she studied under John Van Vleck, who won the Nobel Prize in Physics in 1977.

Rosenbluth completed her thesis under Van Vleck in February 1949 on the subject of paramagnetic relaxation. Following graduation, she took a postdoc position working for the Atomic Energy Commission under physicist Felix Bloch, who won the Nobel Prize in Physics in 1952.

MANIAC and other important work

Arianna was offered a position at what was then known as the Los Alamos Scientific Laboratory (LASL) in 1950, and married fellow physicist Marshall Rosenbluth in 1951. Soon after, the two collaborated on calculations for Ivy Mike — the codename given to the first full-scale test of a thermonuclear device, which occurred at Enewetak Atoll — using the Standards Eastern Automatic Computer (or Standards Electronic Automatic Computer) at the National Bureau of Standards in Washington, D.C.

At LASL, Arianna and Marshall continued working together on problems involving early computers, including MANIAC — one of the first computers built under the direction of famed Manhattan Project physicist Nicholas Metropolis.

With MANIAC, the Rosenbluths, along with Edward and Augusta Teller and Metropolis developed an advanced statistical problem-solving method they called the Metropolis algorithm.

Arianna played a large role in the work, programming the computer implementation of the algorithm. In 1953, Metropolis, the Rosenbluths, and the Tellers penned and published the aforementioned “Equation of State Calculations by Fast Computing Machines.”

Although her contributions were instrumental to the success of the project, until recently, Arianna’s contributions have often been overlooked. In fact, Arianna was able to successfully program and run the algorithm almost single-handedly.

In June of 1956, Arianna quit working at LASL. The Rosenbluth family moved to California, where Marshall worked at General Atomic. Despite her previous success, Arianna did not return to work, instead choosing to stay at home to raise her children.