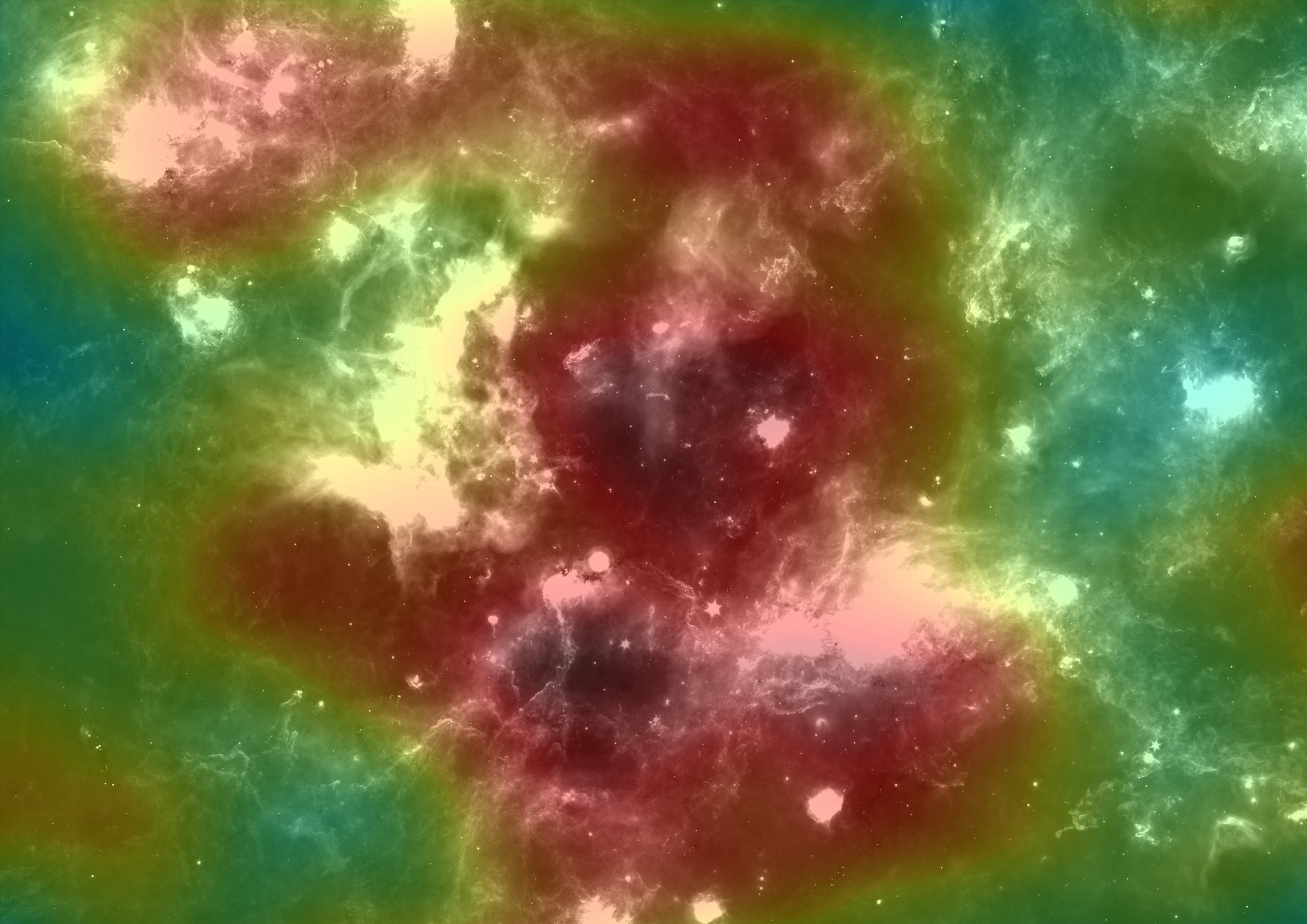 LOS ALAMOS, N.M., March 11, 2021—A long-time question in astrophysics appears to finally be answered, thanks to a collection of large, high-tech water tanks on a mountainside in Mexico. The High-Altitude Water Cherenkov (HAWC) data shows that the highest-energy cosmic rays come not from supernovae, but from star clusters.

“The origin of the highest-energy cosmic rays in the galaxy has been an open question in astrophysics for more than 60 years,” said Patrick Harding, a Los Alamos National Laboratory astrophysicist doing research using HAWC. “Very few regions of the galaxy have both the power to produce high-energy particles and the necessary environments to boost those particles to the petaelectronVolt (PeV) energies that are seen in the highest-energy cosmic rays. And most of the expected regions to produce the particles have been ruled out in recent years by high-energy observatories.”

“In this paper, we discover high-energy gamma rays coming from Cygnus OB2, a birthplace of massive stars located inside the ‘Cygnus Cocoon’ superbubble, meaning it is likely the source of these highest-energy galactic cosmic rays,” Harding said.

The cosmic rays have been observed striking Earth’s atmosphere at PeV energies by the detection tanks at the HAWC observatory near Puebla, Mexico. Instead of supernovae, this work shows that star clusters such as the Cygnus Cocoon serve as “PeVatrons” — PeV accelerators capable of creating high-energy particles that travel across the galaxy.

The algorithms used to analyze the highest-energy HAWC photons, which were used in a paper published today in Nature Astronomy, were developed by Los Alamos postdoctoral researcher Kelly Malone. Additionally, the paper which first identified the Cocoon as a significant emitter of high-energy gamma-rays using the HAWC high-energy catalog, was also led by Malone, who is the leader of the Galactic Science Working Group within HAWC.

“HAWC is the first observatory to detect gamma rays from across the sky with energies above 100 TeV. This high-energy reach allows us to answer fundamental questions about our galaxy,” said Malone.

The consequences of this result are relevant for several areas of Los Alamos astrophysics study: The transport of cosmic rays and their interactions with the surrounding medium are of interest at the Laboratory, and in particular, Los Alamos studies which types of astronomical sources can efficiently accelerate cosmic rays to high energy, and which acceleration mechanism enables it. Identifying a source of these high-energy cosmic rays will lead to greater theoretical understanding of these mechanisms.

The research was primarily conducted by Petra Huentemeyer, professor of physics at Michigan Technological University, along with MTU graduate Binita Hona (now a postdoc at University of Utah), doctoral student Dezhi Huang, former MTU postdoc Henrike Fleischhack (now at Catholic University/NASA GSFC/CRESST II), Sabrina Casanova at the Institute of Nuclear Physics Polish Academy of Sciences in Krakow, Ke Fang at the University of Wisconsin and Roger Blandford at Stanford University, along with numerous other collaborators of the HAWC Observatory.

The funding: HAWC research is funded by the National Science Foundation (NSF), the U.S. Department of Energy Office of Science, the LDRD program of Los Alamos National Laboratory, CONACyT, México, and the Polish Science Centre (among others).