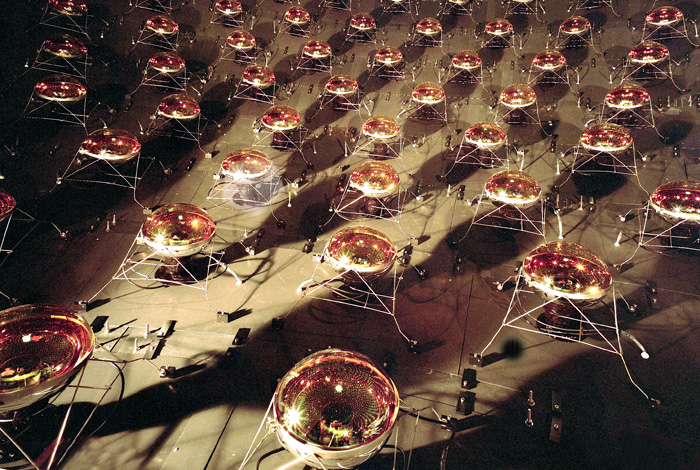 The neutrino detector at Fermilab, MiniBooNE, has confirmed a 1990s Los Alamos National Laboratory experiment that showed the existence of sterile neutrinos.

LOS ALAMOS, N.M., March 9, 2021—Analysis of results from an experiment called MiniBooNE at Fermilab has provided yet more evidence that particles called “sterile neutrinos” could indeed exist, supporting results from a 1990s Los Alamos National Laboratory experiment that indicated an update to the Standard Model of physics might be in order.

“We believe that this paper vindicates the Liquid Scintillator Neutrino Detector (LSND) results and that the community accepts that both LSND and MiniBooNE observed more events than expected,” said William Louis of Los Alamos National Laboratory, a member of the MiniBooNE collaboration. “The question is what is causing the excess: Is it a Standard Model background that no one has thought of, or is it a new Beyond the Standard Model process involving sterile neutrinos? Any result that contradicts the Standard Model is guilty until proven innocent, so we need more experiments to confirm and prove these results beyond any shadow of a doubt.”

"What is amazing about the MiniBooNE oscillation results is that they have withstood the test of time - two decades - with more accumulated data, extensive improvements in the analysis and understanding of the experiment, and intense scrutiny from the community," said Richard Van de Water, the MiniBooNE spokesperson from Los Alamos.

A paper in the journal Physical Review D this week implies that some of the muon neutrinos measured are flipping to sterile neutrinos before switching identity again to electron neutrinos.

Neutrino oscillations are a quantum mechanical effect that occurs when neutrinos of a given flavor (e.g. electron-neutrinos or muon-neutrinos) consist of a superposition of two or more masses.

The MiniBooNE detector, consisting of a 40-foot diameter spherical tank filled with 800 tons of mineral oil and covered by 1,280 8-inch photomultiplier tubes, was completed and began taking data in 2002 with neutrinos from the Fermilab Booster Neutrino Beam (BNB). After taking data for 17 years, the MiniBooNE detector was turned off in 2019, having collected 18.75x1020 protons on target (POT) in neutrino mode and 11.27x1020 POT in antineutrino mode. The equipment is currently inactive but available should it be needed for further research.

The funding: The authors acknowledge the support of Fermilab, the Department of Energy, and the National Science Foundation, and acknowledge Los Alamos National Laboratory for LDRD funding.