Mars rover landing kit: How you can be a part of the historic event 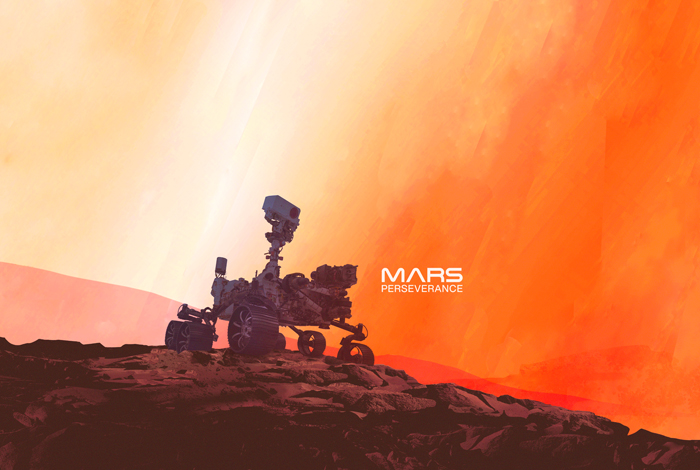 As we count down to the landing of NASA’s Perseverance rover on Feb. 18, we’ve rounded up a bunch of fun resources to help you get ready.

Watch the landing: NASA will host a live online broadcast as Perseverance makes its final descent to the Red Planet after some 300 million miles of travel from Earth. Tune in and watch history as it unfolds on Feb 18 at 12:15 p.m.

Party with the Bradbury Science Museum: After Perseverance touches down, celebrate with Los Alamos scientists and engineers who helped to develop the two scientific instruments on the rover — SuperCam and SHERLOC — and learn about the plutonium-powered heat source that keeps the rover running. Register here to join the after-party on Feb. 18 at 6 p.m.

Podcasts to listen to

Mars Technica: LANL’s podcast series takes you behind the instruments on the rover with some of the very Los Alamos scientists and engineers who made them happen. Launched in July 2020 alongside the rover’s launch into space, the series will pick up again with updates after the landing!

Direct Current: The Department of Energy’s podcast devoted two episodes to the rover (and featured LANL prominently): One all about SuperCam, the rock-zapping instrument aboard Perseverance, and the other about the rover’s unique plutonium source. Check out the podcast.

Seven minutes of terror: What will Perseverance encounter in its final moments before touching down on the Red Planet? LANL scientist and SuperCam principal investigator Roger Wiens explains in this fascinating (and heart-pounding!) two-minute video.

Exploring its new home: Wiens talks about one of the main reasons Jezero Crater was carefully selected as the rover's territory: It's likely a great place to collect samples that will later be sent to Earth for analysis.

Perseverance's first two days on Mars: The rover has a to-do list, which includes raising its mast, taking photos of its wheels on the ground and sending some photos home.

Books and articles to read

Here’s a list of books about firsthand explorations of Mars — as suggested by actual Mars explorers!

Learn about the microphone on the rover and what it might reveal about the Martian sounds it will capture.

Get the scoop about the technology developed in New Mexico in partnership with LANL’s laser, sensing and detection expertise to support the Mars mission.

Why is Mars called the “Red Planet”? Kids can discover the answer in this quick read on 10 facts about Mars.

Fun and games to play

Snap a photo of yourself on Mars: You can’t go to Mars yet, but you can step into NASA’s photo booth and bring the Red Planet closer to you. Put yourself next to the rover or even on Mars and share your picture using #CountdownToMars.

Drive the rover: You’ll be in the driver’s seat on Mars as you gather information about Martian rocks, send commands from your rover to analyze them and earn points in NASA’s Explore Mars game.