She was Oppenheimer's secretary; he worked on the first atomic bombs 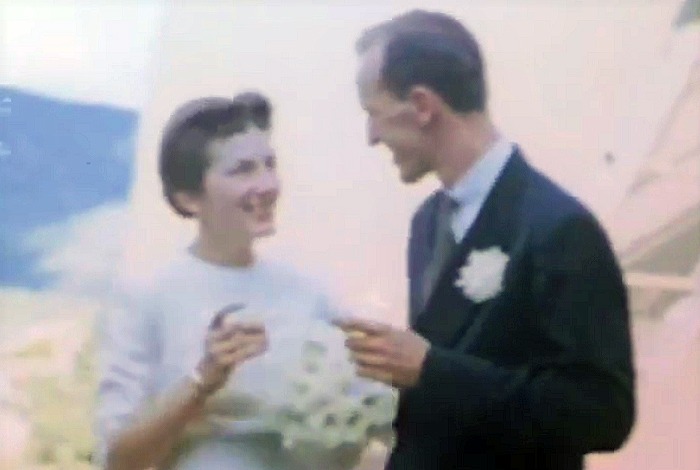 She was a secretary for Manhattan Project Director J. Robert Oppenheimer. He was a physicist who helped create the world’s first atomic bombs.

And for 65 years they were Mr. and Mrs. Bradner.

A match made in Manhattan

Hugh Bradner was the first person Marjorie Hall met upon arrival to join the Lab’s clandestine wartime efforts. He happened to be in Dorothy McKibbin’s Santa Fe office when Marjorie walked in. It was love at first sight, Marjorie recalled in an interview years later.

The Bradners were married in September 1943 at McKibbin’s home. It was one of many weddings there during the Manhattan Project era. Los Alamos was fenced and guarded during this time, as staff raced to secretly develop nuclear weapons to help end World War II. Most were young — the average age was late 20s — and many, like the Bradners, met their lifelong partners then.

The Bradners left Los Alamos after the war ended in 1945. Hugh is credited with inventing the neoprene wetsuit in 1951. The couple had one daughter. Marjorie, 89, and Hugh, 92, died just a few weeks apart in 2008 in California.

Many of their home movies from their time in Los Alamos are preserved at the Lab. They are part of the collections in the National Security Research Center, which is the Lab’s classified library and also houses unclassified artifacts.

See the festivities for yourself

Watch the video below and be on the lookout for: