Mullen has been recognized by the U.S. Department of the Army for her outstanding contributions to the board 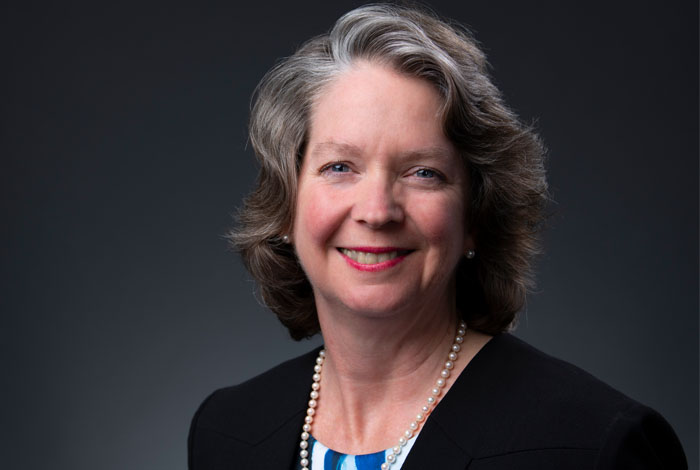 Global Security Chief Operating Officer Evelyn Mullen has been recognized by the U.S. Department of the Army for her outstanding contributions to the Army Science Board (ASB). Mullen has served on the board since August 2014 and was recently honored with the Civil Service Commendation Medal by the Department.

According to the justification, over her 6-year term Mullen provided subject matter expertise as a participant on various study teams, and had extensive interaction with government agencies, industry, and academia to ensure the teams’ assessments were of the highest quality. “We are extremely proud of Evelyn’s accomplishments while serving to support the Department of the Army,” said NJ Nicholas, Associate Laboratory Director for Global Security. “This prestigious recognition is very well deserved and her actions serve to reinforce the Los Alamos National Laboratory reputation of excellence.”

Mullen applied her expertise to numerous technical topics including Battlefield Uses of Artificial Intelligence, Nuclear Survivability, and Modeling and Simulation. She also served as Vice Chair for a study titled Internet of Things, and used her extensive knowledge of weapons of mass destruction to contribute to the 2015 Human Interaction Study.

“I was honored to be associated with the great group of scientists, engineers, and retired military personnel on the Army Science Board and able to contribute recommendations on important technical issues - it was rewarding in a very personal way,” said Evelyn Mullen. “I learned so much from each of our studies. You never knew if the next topic would be nuclear survivability or social media, so that kept it very interesting!”

The Army Science Board was created in 1977 and “provides the Army with independent advice and recommendations on matters relating to the Army’s scientific, technological, manufacturing, logistics and business management functions, as well as other matters the Secretary of the Army deems important to the Department of the Army.” The medal is comparable to the Army Commendation Medal awarded to military personnel for similar achievement.