Riz Ali: Candidly capturing the cityscapes of the world 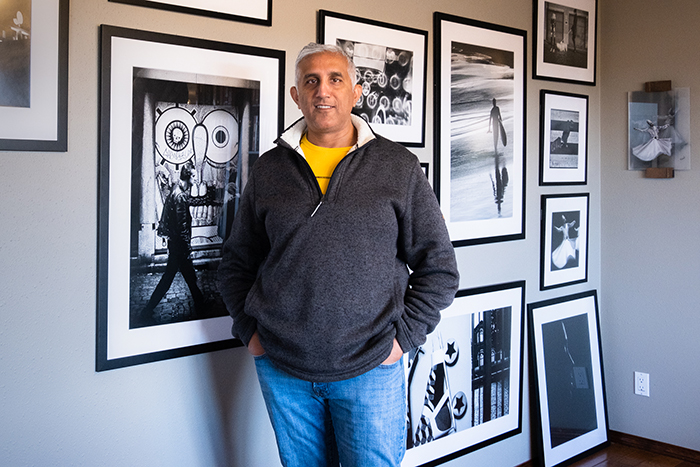 It can happen at any time, and that is the main reason why there is always a camera nearby for Rizwan “Riz” Ali, Director of the National Security Research Center. Riz is an avid photographer, one who rarely takes time to compose a photograph, instead relying on instinct and the right moment to capture an often-stunning scene.

“As I composed the photo, heavy gusts of wind almost knocked me off my feet several times,” Riz remembers with a smile.

In another photo, Riz captured the shape of what looked like a heart, which he found while hiking the Upper Antelope Canyon in the Navajo Nation. Riz found this area with the help of an experienced guide.

Riz explains, “I took that photo in stark black and white to accentuate the lines, textures and contrast between the light and dark parts of the scene.”