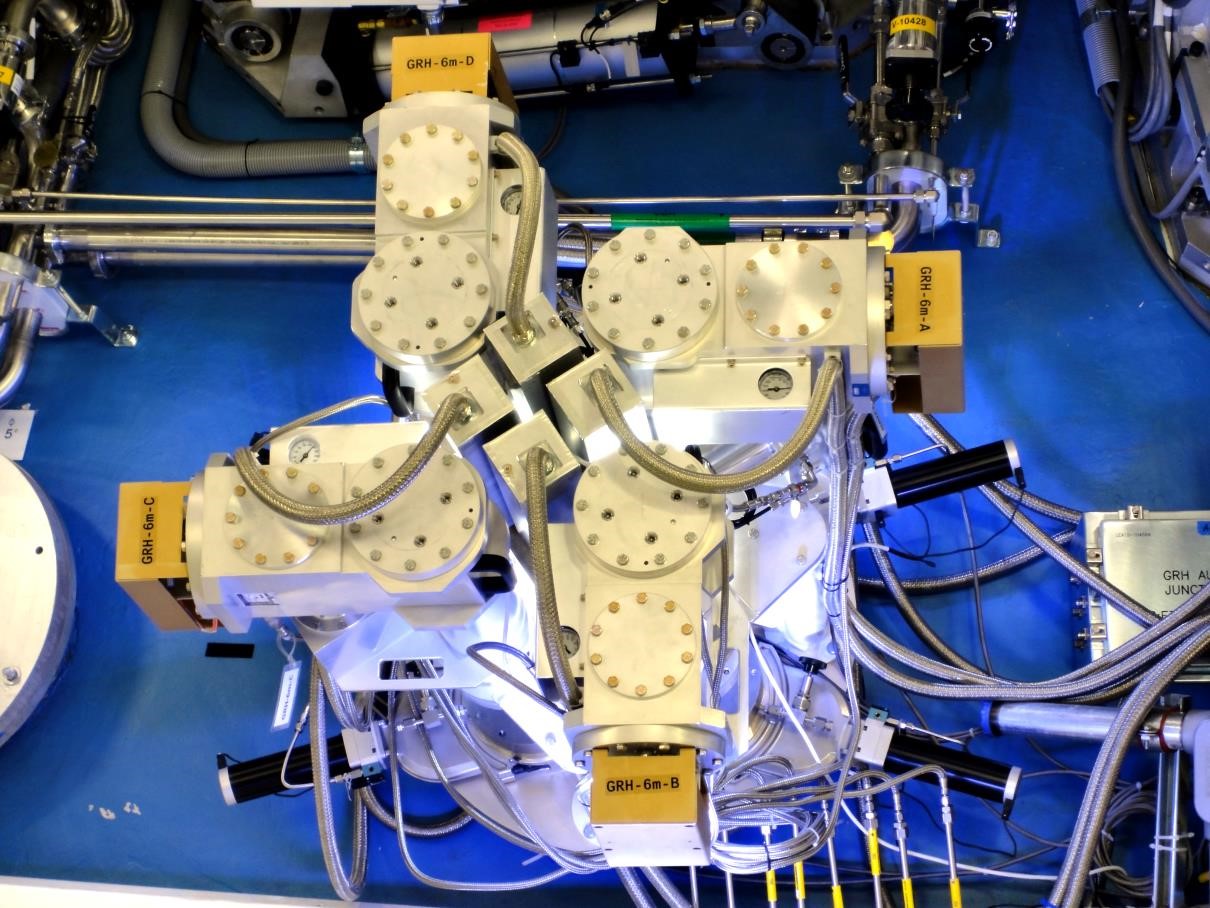 For more than 60 years, scientists have sought to understand and control the process of fusion, a quest to harness the vast amounts of energy released when nuclei in fuel come together. A paper published today in the journal "Nature" describes recent experiments that have achieved a burning plasma state in fusion, helping steer fusion research closer than it has ever been to its ultimate goal: a self-sustaining, controlled reaction.

Los Alamos National Laboratory researchers, including members of the Physics division, contributed essential capabilities in diagnostic science to achieve and analyze the unprecedented results. Their diagnostic advances helped transition fusion research to its current era at the threshold of ignition — the point at which a fusion reaction generates more energy than it receives and can burn on its own.

“These experiments indicate a transition to a different physics regime,” said Los Alamos physicist Hermann Geppert-Kleinrath, a member of the team at the National Ignition Facility working on the burning plasma project. “The research described in this paper marks where alpha heating in the reactions outcompeted the loss between radiation and heat conduction. It’s an exciting time because we’re at the point where continued marginal gains in how we conduct our experiments will lead to exponential improvements.”

The laser inertial confinement fusion experiments took place at the National Ignition Facility at Lawrence Livermore National Laboratory in California. Within a specially constructed cavity, a carbon-formed capsule, about one millimeter in diameter, contains both cryogenically frozen deuterium-tritium and the same as gas mixture — the fuel. When the cavity is heated with lasers, an x-ray bath results and warms the capsule until the fuel inside is compressed. The resulting fusion of the deuterium and tritium nuclei releases neutrons and alpha particles; the latter deposit their energy back into the hotspot of the reaction and in so doing contribute to the propagation of the burn. Such an alpha-dominated reaction is sought after as a key element in self-sustaining fusion.

The forces at work in fusion are extreme. In the experiments described in the Nature paper, the temperature during the fusion reaction is about three times hotter than the center of the sun. The length of the reaction is incredibly short, too, approximately 130 picoseconds — the time it takes light to travel just four centimeters (light travels at 300,000 kilometers per second).

“It’s an unbelievably tough physics regime to do measurements on,” said Geppert-Kleinrath. “We’re essentially creating a miniature sun in the laboratory.”

Physicist Verena Geppert-Kleinrath, team leader for advanced imaging at Los Alamos, led the neutron imaging capabilities that provided three-dimensional hot spot shapes for the National Ignition Facility experiments. (Coincidentally, Verena is married to Hermann.) Neutron imaging meant measuring a 70-micron hotspot — equal to the thickness of a human hair — from 30 meters away through an extended aperture with openings only a few microns wide.

“We’re very proud that coming from different fields and different groups within physics we have the privilege of being part of this very momentous achievement together,” said Verena Geppert-Kleinrath. “Los Alamos’ physics teams have been able to provide unique diagnostics to show the markers that we are looking for under challenging conditions.”

Ultimately, the experiments explored the criteria for ignition — how fusion can be generated, and how it can be generated in such a way that it propagates itself, releasing more energy from the fuel than the energy it took to start the reaction courtesy of the lasers. The experiments and the analysis of the results suggested gradual improvements that could keep more energy inside the reaction instead of being lost to radioactivity or heat conduction. For instance, the fuel fill tube’s size was identified as a performance limitation through 3D neutron imaging, and future experiments used a specially engineered fill tube that was much smaller.

The four experiments or “shots” represented significant accomplishments in achieving burning plasma. The fourth shot saw more energy created than was lost due to radiation or heat conduction and likely may have achieved propagation had the capsule not disassembled in the implosion. The total energy output, including the laser energy to start the reaction, was still a net negative, but the clear improvement represented a tipping point toward self-sustaining fusion.

The gradual improvements paid off significantly in August 2021, when an experiment at the National Ignition Facility achieved a yield of 1.3 megajoules — an eight-fold increase over the experiments described in the Nature publication. While falling just short of one definition of ignition, the experiment suggests that fusion research has entered a new era, with further gradual improvements perhaps able to achieve ignition and self-sustaining fusion.

“We’re right at the cliff of experiments fizzling out versus experiments going into the ignition regime,” said Hermann Geppert-Kleinrath. “Once you transition into this regime where alpha heating is dominating, marginal gains in how we do the experiment lead to very large gains in yield.”

Getting results on a grand challenge problem

Understanding the dynamics of fusion provides critical insight supporting stockpile stewardship. An important objective of the Stockpile Stewardship Program, the pursuit of ignition and high fusion yields in the laboratory are also a “grand challenge” scientific problem demanding integrated capabilities. The experiments at the National Ignition Facility provide testing for those challenges that cannot be realized in any other way. Teams dedicated to simulation work hand-in-hand with the Physics division researchers to constantly improve Stockpile Stewardship modeling capabilities based on National Ignition Facility experiments and their diagnostic markers.

Achieving ignition provides understanding of some processes that cannot be addressed in any other way. Reflecting the challenge and the success of this particular series of fusion experiments, in December 2021 the Burning Plasma at the National Ignition Facility team was recognized by the Department of Energy with the Secretary’s Honors Award. The team earned an Achievement Award “given to groups of employees and contractors who together accomplished significant achievements on behalf of the Department.” The Honors Awards are the department’s highest recognition.

Funding: The work was supported by the U.S. Department of Energy.