Are visualizations the future of science?

As scientific models grow more complex, the visualizations produced from them do more than just illustrate the research. They’ve become part of the scientific process itself. 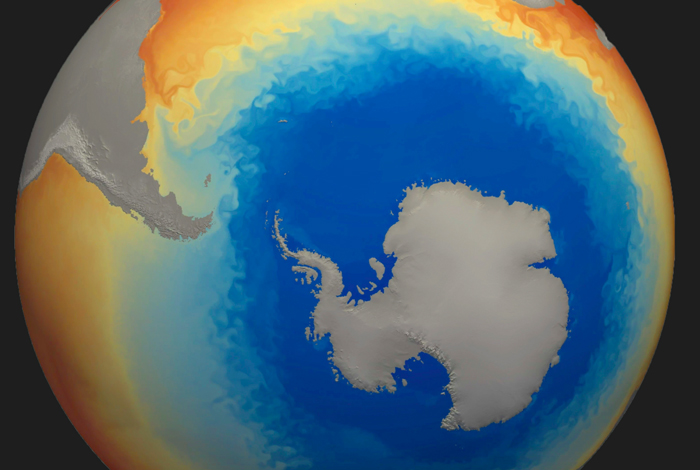 Los Alamos National Laboratory is studying the outcome of ice sheet melting in the Antarctic and how it affects the environment around it.

Imagine a massive meteor exploding above Earth with the power of 30 nuclear bombs as the atmosphere tears it apart. It can be hard to picture, especially since there are only two such extreme examples to draw on in the past century, but it could happen. So, when planetary defense scientists around the world wanted to know if such a meteor airburst over an ocean would cause coastline-flooding tsunamis, they turned to simulation and visualization scientists.

First, the planetary defense researchers created a model, a mathematical representation of the meteor racing through the Earth’s atmosphere toward deep ocean water. Then, to create a visualization, they loaded the results into ParaView, an open-source data visualization program developed at Los Alamos National Laboratory in 2002. In the tool, the visualization mapped the meteor’s mass and speed according to research from the model. They did the same for atmosphere, which incorporated pressure and heating in front of the meteor as it burned up in the atmosphere. Then, the visualization specialist displayed a detailed grid of the ocean water and land that was part of the mathematical model.

When run on a supercomputer, the simulation resembled a science fiction movie, the rock hurtling toward the deep ocean water of Earth. Although scientists had disagreed about the possible outcome, the result of the simulation was clear: As the extraterrestrial rock exploded, it sent a powerful shockwave to the sea that would have destroyed any boat within 100 miles. Yet, as some had predicted, there was no tsunami. It was a theory tested and reinforced by a simulation.