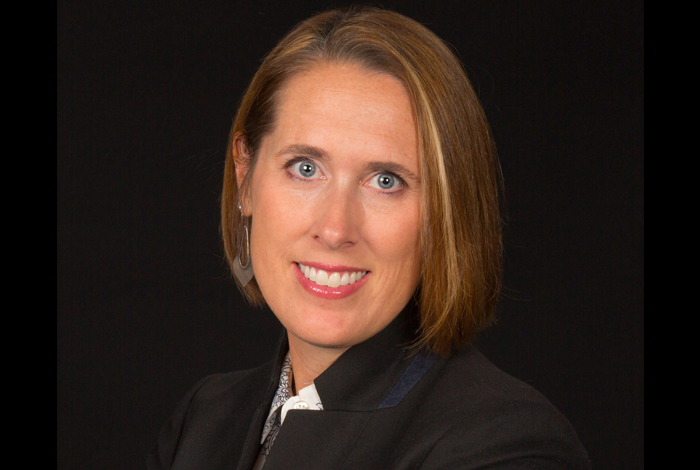 LOS ALAMOS, N.M., Jan. 19, 2021—Dana Dattelbaum of Los Alamos National Laboratory is a recipient of the Department of Energy's prestigious E.O. Lawrence award for 2020. Dattelbaum is honored for "several transformative scientific and intellectual achievements, including her pioneering work providing physical insights into shock and detonation physics, her innovations in the development of the Equations of State of a spectrum of energetics and polymers, and providing critical data for hydrodynamic simulations essential to the nuclear weapons program," according to the DOE announcement made earlier this month.

"Dana's outstanding contributions to the Laboratory's core mission have significantly advanced our fundamental knowledge of the science of detonation, shock physics, and capabilities needed for our weapons systems," said Laboratory Director Thom Mason. "Dana also has an extraordinarily strong reputation in the broader materials community. We are very proud of Dana's achievements being recognized through one of the Department of Energy's highest honors It is very well deserved."

"I am both humbled by the honor, and grateful for the amazing group of people at the Laboratory I have been fortunate to work with and be mentored by," said Dattelbaum. "I am also grateful for the opportunities that have been made available to me over the last 20 years in science supporting Laboratory and National Nuclear Security Administration (NNSA) missions."

The Lawrence Award was established in 1959 to honor the memory of Ernest Orlando Lawrence, inventor of the cyclotron – a subatomic particle accelerator – and recipient of the 1939 Nobel for Physics. Lawrence also had a leading role in establishing the U.S. national laboratory system, and has two national laboratories named for him.

The award is given by the Secretary of Energy, recognizing mid-career U.S. scientists and engineers for exceptional scientific, technical, and engineering achievements related to the broad missions of the DOE. The award is among the most prestigious science and technology awards from the U.S. Government.

The Award was officially handed out to Dattelbaum and seven other recipients during a virtual award ceremony broadcast from Washington, DC on January 19, 2021.