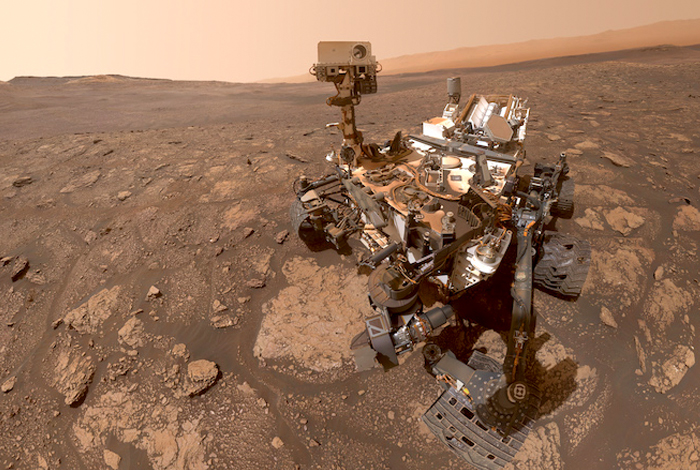 This is the most recent selfie from NASA's Curiosity Mars rover. It was taken at a location nicknamed "Mary Anning" after a 19th century English paleontologist. NASA/JPL-Caltech/MSSS

On Jan. 12, the Mars Curiosity rover marked 3,000 Martian days — also known as sols — on the Red Planet. In Earth time, that translates to about eight years, four months.

Developed and commanded by Laboratory scientists, ChemCam is an instrument package consisting of a laser, telescope, camera and spectrograph, which all work together to identify the chemical and mineral composition of rocks and soils. The laser, telescope and camera sit on the rover's mast — its "forehead" — while the spectrometer is located in its body.

Since landing on Mars in August 2012: