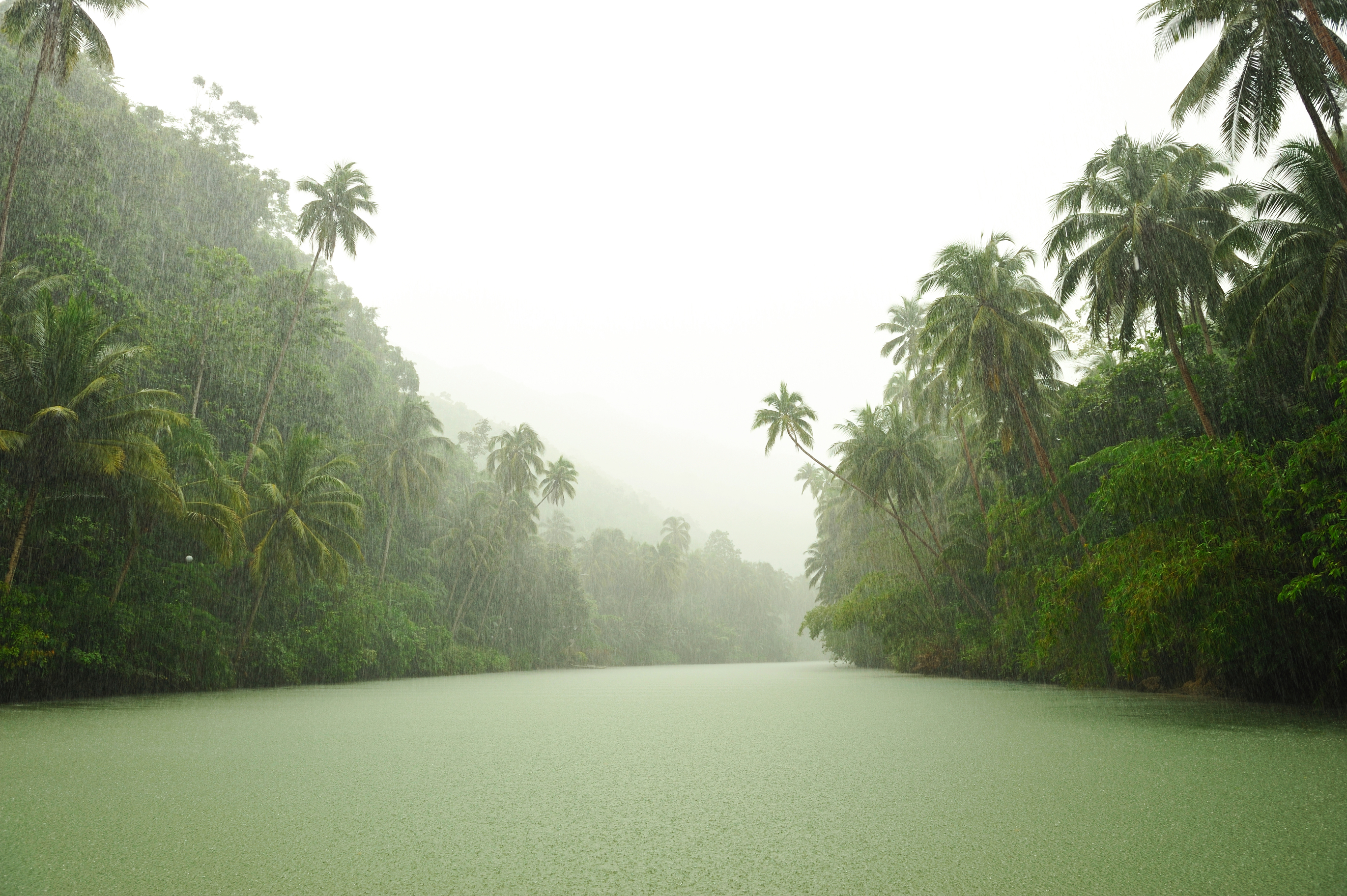 Precipitation recycling happens when rain falls on land, then the water evaporates back into the atmosphere to form clouds that rain again in the same local region. Los Alamos researchers showed that using stable isotopes of rainfall as tracers helps overcome challenges to quantifying this ecologically important phenomenon around the globe. Credit: Dreamstime

Precipitation recycling, whereby rain falling on the Earth’s surface evaporates to fall again locally, is crucial to many regional ecosystems and water supplies, but is poorly represented in large-scale earth-system models because it is difficult to directly quantify. Recent research using stable isotopes in rainfall as naturally occurring tracers for recycled water suggests a new method for improving models of precipitation recycling across the global tropics.

In a new paper, a research team led by Los Alamos National Laboratory studied how deuterium excess (d-excess), a stable-isotope quantity sensitive to recycling effects, acts as an observational proxy for recycling. While previous studies have used this method at local or regional scales, the Los Alamos research compared results from more than 3,000 precipitation isotope samples from across the global tropics against three contemporary recycling models.

“We found strong agreement between d-excess measurements and model-generated recycling ratios for a wide range of models and tropical regions,” said Kurt Solander, a coauthor of the paper and scientist at Los Alamos National Laboratory, where he studies water and vegetation dynamics. “This suggests the importance of incorporating d-excess into next-generation recycling models to evaluate model performance.”

As temperatures on Earth rise, precipitation recycling becomes even more essential to sustaining regional ecological conditions and water supplies, particularly in the tropics. Precipitation recycling is also important for tracking moisture as it moves through the water cycle, which is central to modeling the climate accurately because of its interaction with heat and energy in the atmosphere.

Funding: This work was supported by the Department of Energy (DOE), Office of Science, Next Generation Ecosystem Experiments­­–Tropics project, and the Office of Workforce Development for Teachers and Scientists under the Science Undergraduate Laboratory Internships (SULI) Program.