A serendipitous discovery connects grandfather and granddaughter at the Lab 60 years apart. 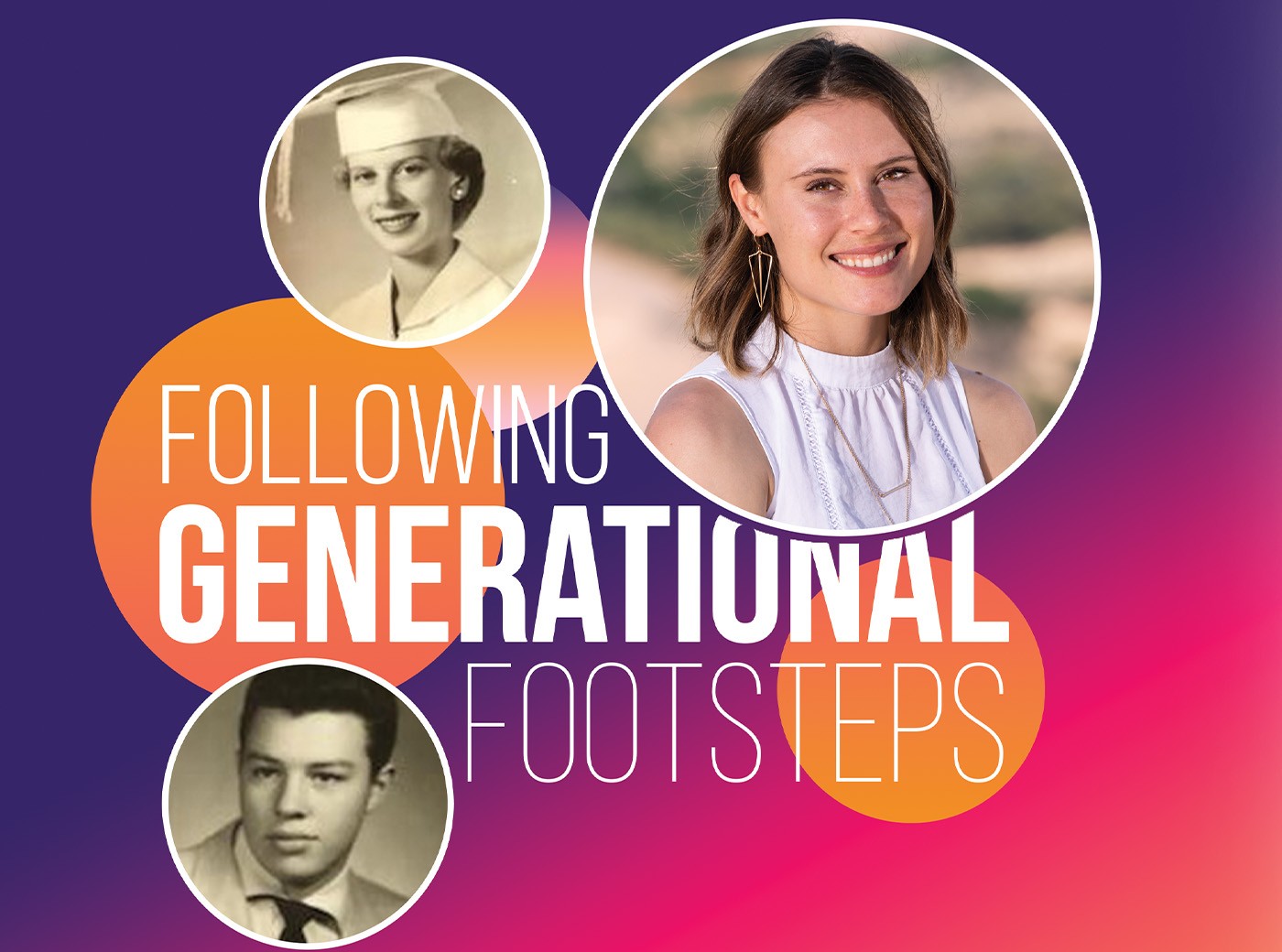 Its enduring national security mission means staff like Cameron Townsend are one of many family members who have careers at Los Alamos National Laboratory.

Cameron is her family's third generation to work at the Lab, starting with her great grandparents, followed by her grandparents (skipping her parents), and now including her and her husband. She didn't know many details about her family history at the Lab until she started working there three years ago and made a serendipitous discovery.

A third-generation employee learns about family from historic collections.

Cameron, who is an architect in the Lab's Environmental Stewardship organization and helps manage the Lab's historic buildings program, was given a drawing from 1960 to aid in an assessment. The drafter's name listed on the sketch: Ron Turner, her grandfather.

"Who would have thought the first drawing that I would get came from my grandfather? It's so cool that I'm working on the same buildings 60 years later," Cameron said.

She has since come across other drawings by her grandfather, asked her family members a lot of questions, and wondered if other Lab documents related to her family existed.

Cameron also checked with the Lab's National Security Research Center (NSRC), where staff are often asked for information related to family members who have worked at the Lab. These types of materials are preserved among the NSRC's collections of national security materials because they are important to the Los Alamos legacy. And they're filled with interesting stories from the Lab's earliest days — just like those that Cameron heard from her grandparents.

Now retired and living near Aztec, New Mexico, Cameron's grandparents, Ron and Pat, grew up in Los Alamos. They also both worked at the Lab.

Ron was a fifth-grader when the Turner family arrived in 1947 from Oak Ridge, Tennessee. Ron's parents were working at the Oak Ridge lab as part of the Special Engineer Detachment (SED) during the Manhattan Project, which was the U. S. government's top-secret effort to create atomic weapons and help end World War II. (Oak Ridge was the site of the pilot plutonium plant and the uranium enrichment plant; Los Alamos designed and built the atomic bombs.)

His father, John Turner, worked as a shift supervisor at Los Alamos, where detonators were produced during World War II and then where explosive shots were conducted after the war.

Ron remembers when the town was still enclosed with a protective fence: "In those days we'd also go into the canyons, take .22s and shoot cans. The army ran the gates, but never said much about us playing; we were just kids."

In 1952, Pat's family moved to Los Alamos from Colorado. Her father, William Eaton, was a machinist. Today, Pat describes Los Alamos as the "best place to grow up ever."

Ron and Pat attended what is still the only high school in town. Ron was part of the first graduating class to complete all grades. Pat recalled that in high school, she and classmates "climbed and wrote on the water towers and we were even the first to make the L. A. sign on the mountains."

Their social circles intersected when they were teenagers; their relationship began with a game of spin the bottle, followed by Pat's frequent visits to Ron's ice cream cart, which often passed by her house.

One incident in particular from her childhood sticks with Pat: "In high school, we had a sleepover and prank-called a teacher because he wouldn't chaperon a dance that we wanted to have." The Los Alamos police found out and when she interviewed years later for a security clearance at the Lab, the incident was in her records.

"We had old electric typewriters. We'd do so many equations that we had to change the keys out to get the specific symbols for the formulas that we were typing."

Both Ron and Pat began their careers at the Lab in the mid-1950s. With Pat's typing and shorthand-writing skills, she started right after high school. At one point, Pat was part of the Theoretical Division (T Division), where she worked for famed scientists Hans Bethe and Stan Ulam, among others.

"We had old electric typewriters," Pat said. "We'd do so many equations that we had to change the keys out to get the specific symbols for the formulas that we were typing."

Pat's brother, Ed Eaton, also worked at the Lab in chemistry and metallurgy. Meanwhile, Ron was "brought on to draft components and parts for the device systems that were developed onsite at the Laboratory," he said.

Six decades later, several of those drawings have made their way to Cameron.

"There are probably more that I just haven't happened to come across yet," she said.

The family was certainly surprised by the coincidence, which gave Ron and Pat an opportunity to share these stories with their granddaughter.  🔎