Fascinating finds are down every aisle and around every corner of the Lab’s classified library.

Films, records, photos, and nearly every other type of media in the National Security Research Center preserve materials from history’s greatest scientific minds that researchers rely upon today.

A step-by-step manual on how to assemble a Fat Man atomic bomb. Patent applications for the world’s first nuclear weapons. Classified notebooks of Nobel Laureates.

Fascinating finds are down every aisle and around every corner of the Lab’s classified library. Too great in number to list in their entirety, here are just a few highlights in the NSRC. 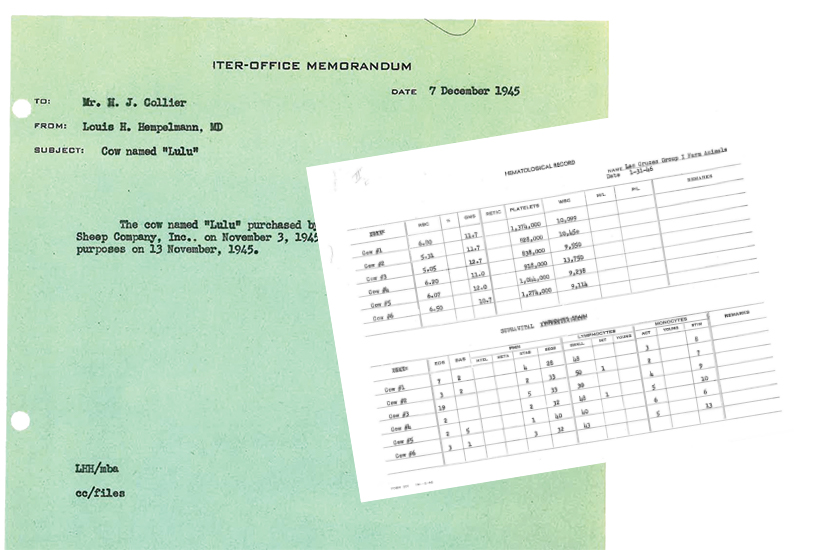 What is this? Health physics reports on radioactive contamination following the Trinity test, which was the first-ever nuclear test and was conducted in the New Mexico desert on July, 16, 1945.

Thousands of pages of data and related documents, including evaluations from military personnel, interviews with residents near the test site, photos, handwritten notes, and analyses of cattle, grass, water, and soil, were recently given to the NSRC from Los Alamos National Laboratory’s Occupational Medicine facility.

Why is it important? These records document how scientists worked to conduct the Trinity test safely and then documented radiation levels afterward, providing data collected in realtime. This information is an important aspect of early nuclear science, health physics, and weapons development, as well as the history of Los Alamos National Laboratory and the state of New Mexico.

The collection also includes interesting and, in some cases, new information. One document places the recently confirmed Los Alamos wartime spy Oscar Seborer in the main bunker during the Trinity test, alongside the Manhattan Project’s top scientists, including physicist Sam Allison, who counted down to the atomic bomb’s detonation. 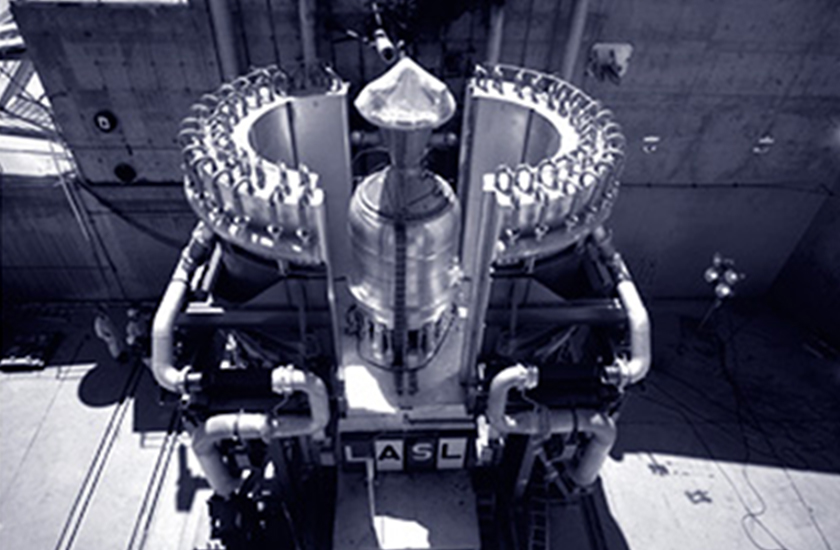 What is this? A 12-minute video overview of the Los Alamos-developed Phoebus-2A — the most powerful nuclear reactor ever created. Phoebus was part of the Lab’s Rover Program (1955 - 1973). Unlike most nuclear reactors that generate thermal energy as a means to produce electricity, Phoebus-2A generated thermal energy as a means to produce thrust to be able to take astronauts to Mars. The program ended, though, before Phoebus-2A was flight tested. 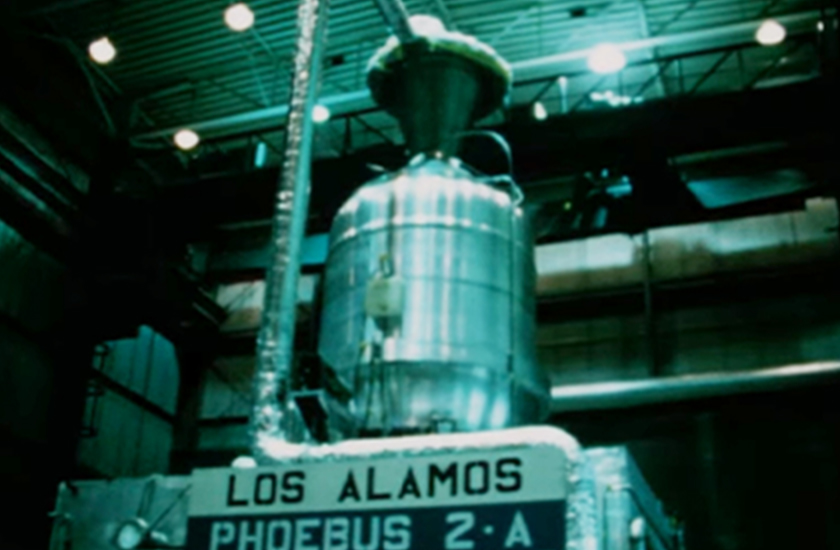 Why is it important? The goal of Project Rover was to develop a nuclear thermal rocket for space applications at what was then-called Los Alamos Scientific Laboratory (LASL). In a nuclear thermal rocket, the heat from a nuclear reactions replaces the chemical reactions of the propellants in a chemical rocket. Liquid hydrogen in Phoebus-2A was heated to a high temperature in a nuclear reactor and then expanded through a rocket nozzle to create thrust, producing an excess of 4,000 megawatts of thermal power. 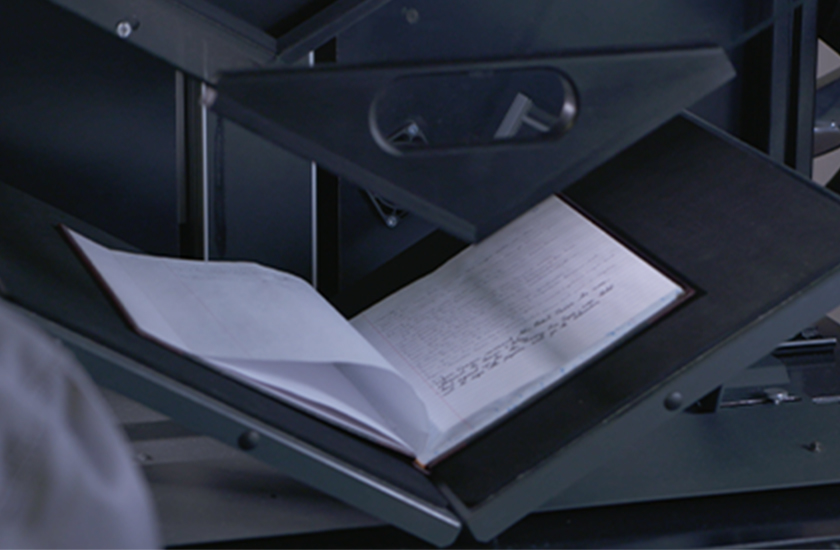 What is this? Recently acquired digital copies of classified materials on a series of nuclear weapons experiments that Lawrence Livermore National Laboratory conducted in the 1990s. Only Livermore originally had this information, but the results are useful for Los Alamos researchers and their mission-critical national security work. The Los Alamos and Livermore national labs conducted their own experiments and tests in the past, but today researchers at both labs may need information on experiments and tests conducted by the other organization. The information is housed by the National Security Research Center (NSRC).

Why is it important? These classified materials are related to experiments that are vital to stockpile stewardship. Indicative of the strong partnership between the two national labs, they rely on one another for data unique to one lab. For example, Los Alamos often taps Livermore for information related to weapons systems, such as drawings and nuclear or hydrodynamic experiments and tests Livermore has conducted. In turn, Los Alamos shares similar legacy information on LANL tests, weapons systems, and reports. The two labs also exchange approved joint research documents. Staff at the NSRC ensure Los Alamos researchers can access the materials. 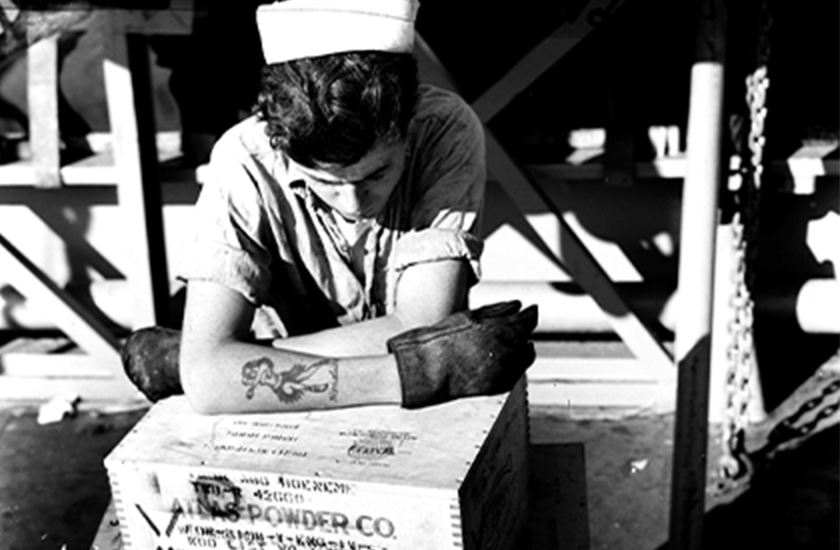 What is this? Upwards of 1,000 photos and negatives from the Los Alamos Lab’s 1948 Operation Sandstone. This post-World War II series of nuclear weapons tests were primarily testing new bomb designs as the Cold War was quickly developing. The series was made up of three tower tests in Enewetak Atoll in the Pacific and involved 10,200 personnel. 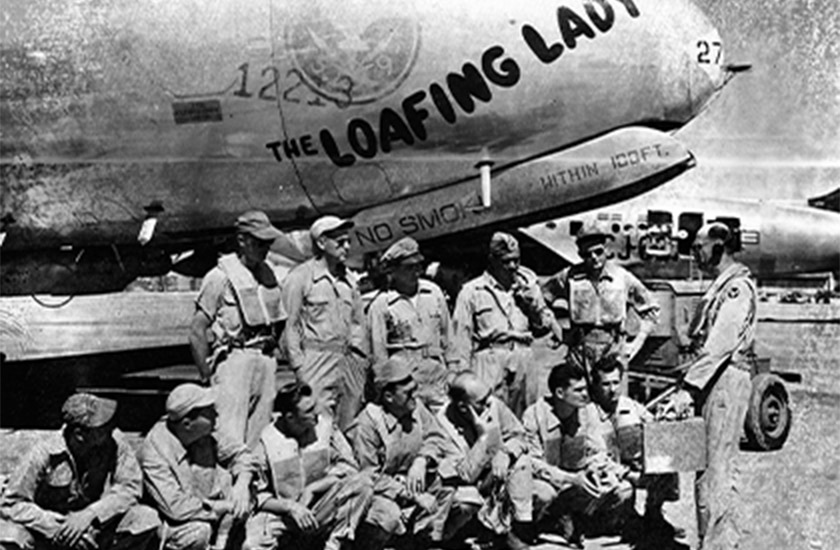 Why is it important? Operation Sandstone focused on weapons advancements after the successful detonation of the Los Alamos-created nuclear weapons: the Fat Man plutonium implosion bombs and the Little Boy uranium gun-type bomb. Because of the successful tests of Operation Sandstone, components of the older weapons became obsolete. Today, data from these tests are important to the Stockpile Stewardship program, which is the science-based assessment of the safety and reliability of nuclear weapons in the absence of testing.