A Letter from the NSRC DirectorDorothy McKibbin: ‘The Gatekeeper’The Story of Oscar Seborer, Atomic Spy

The National Security Research Center marks its inaugural anniversary this summer, but this first year has actually been nearly eight decades in the making. 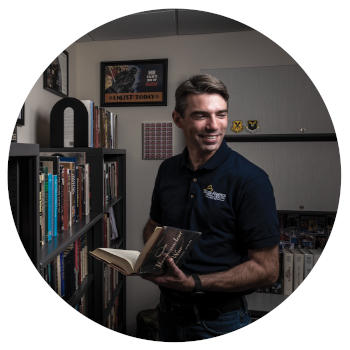 The NSRC, which opened its doors on June 10, 2019, is a dynamic research facility that houses the world’s most-comprehensive collection of national security and nuclear weapons materials dating back to the Manhattan Project of the 1940s. Located inside the Los Alamos National Laboratory headquarters, the NSRC gives the nation’s top scientists, engineers, and researchers access to digital and physical collections on a daily basis as they work to solve global challenges.

“The Lab recognized the vital need for a research center that can make records of the past discoverable for today’s research,” says Riz Ali, Director of the NSRC. “We now have an exciting, vibrant place where people are tapping into the entire history of the nuclear enterprise. The NSRC’s first year has truly been a remarkable one.” 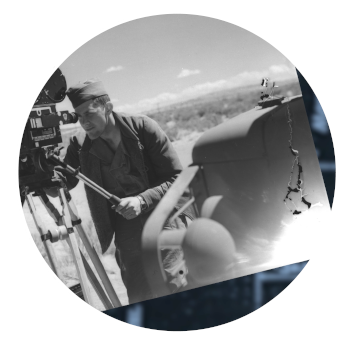 The NSRC contains tens of millions of original materials in nearly every format imaginable, including film, photos, engineering drawings, audio tapes, and microfiche, among others. New materials are added daily, electronic collections are available via a searchable database, and physical materials are accessible with staff assistance.

“These records relate to global security and the design and development of nuclear weapons, dating back to the Manhattan Project, when the then-secret Los Alamos Lab designed and produced the world’s first atomic weapons,” says Alan Carr, LANL’s senior historian.

Carr is just one of dozens of experts on the NSRC staff, many of whom offer personalized research assistance and services not unlike those at major research libraries. Other staff use cutting-edge technology to digitize and preserve the collections. 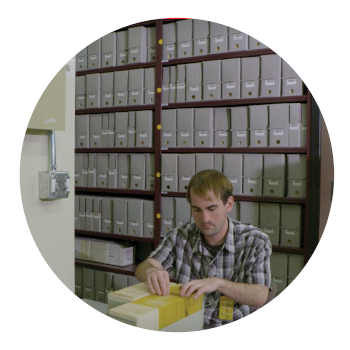 “There is often a misconception that these collections are simply legacy material,” says Jason Pruet, Director of LANL’s Advanced Simulation and Computing Program. “That just isn’t true. For many topics, such as for missile defense or strategic stability, the written studies in the Center are as good or better than anything else that has ever been done.”

LANL researchers often point out that what makes much of this material so vital is its documentation of nuclear weapons testing the United States no longer conducts. All the records since the 1940s – from the designs to the tests – are in the NSRC. Furthermore, the science from the days of testing is as valid today as it was back then.

“When you see the research from the Lab’s earliest scientists, often times in their notebooks or in their memos to each other, you get that same sense of great minds tackling national security problems that still confront us today,” says Charlie Nakhleh, Associate Laboratory Director for Weapons Physics.

These collections capture the knowledge from vital points in our nuclear history and make it available for new generations of scientists working to ensure our national security.

“The NSRC is an incredible asset to us,” says Frank Gibbs, LANL’s Director of Actinide Operations, Weapons Production. “The vast array of documentation that we have access to – the technical reports, the data sources – helps us underpin what we’re trying to do in weapons production today. And as we bring on new engineers and scientists at the Lab, the NSRC is our first stop to find out what’s been done.”

As the NSRC looks beyond its first year, it will continue to grow its programs, expand its collections, and form vital partnerships to meet researchers’ needs as well as those of the Lab.