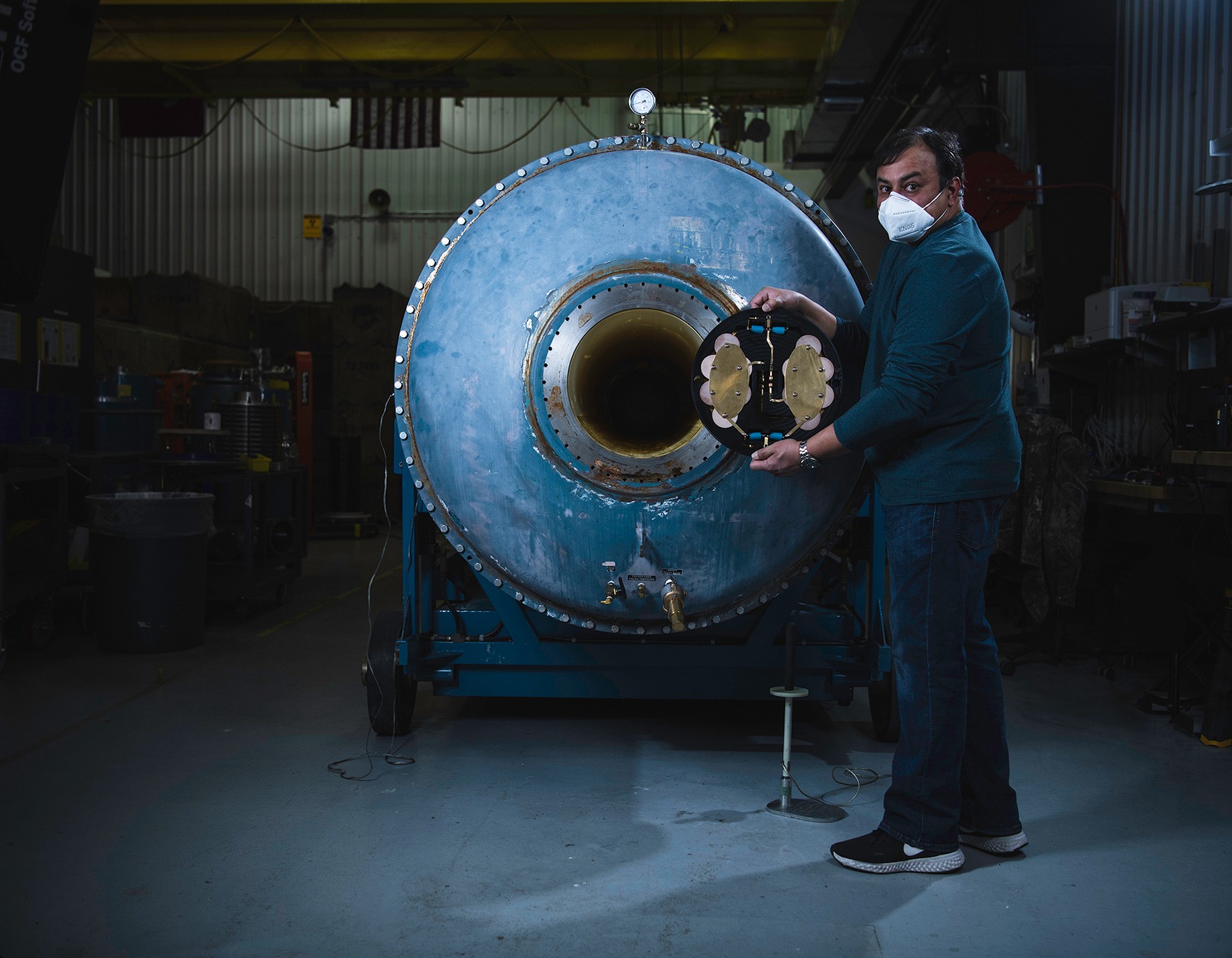 A certain class of x-ray generating devices, called Febetrons, have been the workhorses for ash radiography for nearly half a century. Stacked horizontally inside each Febetron, 80 capacitor modules—ancient by technological standards—power the Febetrons.

“Capacitor modules are like the automobile engines of these Febetron devices,” says Kalpak Dighe, a physicist at Los Alamos National Laboratory. “However, that means the Febetron user community is stuck driving with an engine that hasn’t changed in four decades.”

An upgrade was long overdue, so Dighe and his team from Los Alamos developed a new “K-module” device. “What we’ve done,” Dighe explains, “is completely redesign the engine, with all the benefits of up-to-date performance, reliability, and efficiency.” The technology is especially applicable to national security missions, as about three-quarters of ash radiography users are Department of Defense and Department of Energy laboratories.

In addition to the performance constraints of current-generation capacitor modules, their reliability is often suspect. In the X-ray Calibration Laboratory at Los Alamos, Dighe can point to a current technology module that lasted for only 39 pulses instead of the 3,000 that should be its life expectancy. Once a module is damaged, it’s unrepairable. Not to mention, ordering a replacement may take months or even a year, which delays experiments.

K-modules were developed specifically for Febetrons, and they could have an immediate application in those machines. But pulsed-power capacitor module technology also could be used in x-ray devices in the medical, aerospace, or oil and gas industries. Similarly, K-modules could be applied to electron-beam devices used in the food-packaging industry to kill microorganisms such as E.coli and Salmonella.

Electromagnetic pulse applications also could test for radiation hardening of military targets or calibrating sophisticated but remote equipment, such as satellites.

The customizable fabrication of the K-modules leaves the door open for many possible applications. There are, after all, many cars on the road. Now, they finally have a choice of performance engines. ★