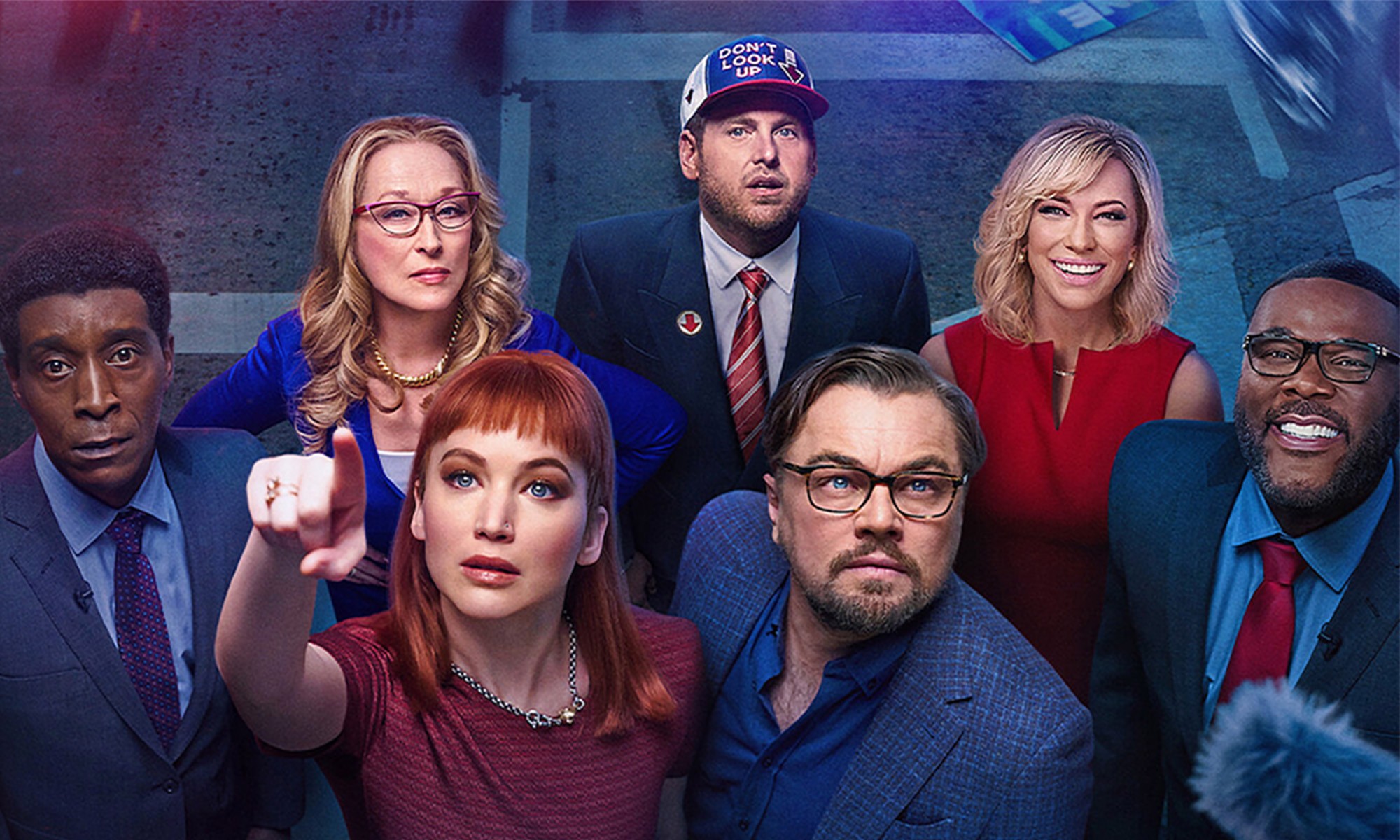 In the apocalyptic comedy "Don’t Look Up," two astronomers (played by Jennifer Lawrence and Leonardo DiCaprio) sound the alarm about a comet that will destroy the Earth. Netflix

When Don’t Look Up hit the small screen in December 2021, viewers couldn’t resist the star-studded satire. In its first month on Netflix, the film garnered 359.8 million viewing hours, making it the second most watched original movie released by the streaming service to date.

The premise is that of many disaster movies: A potentially humanity-ending threat is headed our way, and the heroes try to save the day. With Don’t Look Up, that threat is a 10-kilometer-wide comet, and the heroes are scientists from Michigan.

As a scientist in the Verification and Analysis group of the Computational Physics division at Los Alamos National Laboratory, Wendy Caldwell is always looking up. “A good chunk of my work right now is planetary defense,” she says. “We look at ways that we might prevent a catastrophic event like an asteroid impact, something like what wiped out the dinosaurs.”

One project Caldwell has contributed to is NASA’s Double Asteroid Redirection Test (DART). Launched in November 2021, a mere month before Don’t Look Up’s release, DART is the first full-scale mission to test a kinetic impactor on an asteroid. Caldwell describes a kinetic impactor as a “space cannonball” designed to crash into an object and change its trajectory. DART’s target is Dimorphos, a small asteroid moonlet orbiting Didymos, a larger near-Earth asteroid.

When she isn’t watching the skies, Caldwell turns her gaze a bit closer to home—and sometimes that means the television, especially when a particular film is on her radar. “One of the things I really appreciated about the movie was the science,” she says of Don’t Look Up. “I’ve heard the director Adam McKay talk about DART, and I can tell they talked to experts because a long period comet from the Oort cloud is the biggest threat, and six months is about the shortest time span we would have, so that is our worst-case scenario.”

Although filmmakers put significant effort into getting the science right, including talking to DART team members, the story is considered a thinly veiled allegory for the impending climate crisis.

“The movie is farcical, but it still presents a big problem. If we act early enough, we might be able to do something. If we ignore it and hope it goes away, we’re doomed,” Caldwell explains. “In that regard, it’s definitely similar to climate change.”

But that’s easier said than done. “This movie really highlights that sometimes believing there’s not a problem is easier to digest than  admitting there’s a problem because then it’s a scary thing that you have to deal with. Maybe you don’t know how to deal with it, and that’s scary, too.”

Caldwell also says some people see climate change as a long-term problem. “There’s this idea of, well, I won’t be here anymore, who cares, right? And we could take that approach with planetary events too. But that’s not good enough because if everybody had that idea, then where would we be as a society? We have to do what we can.”

She worries that simply having data and evidence isn’t enough, which is why Don’t Look Up is so important. Director Adam McKay “is tackling a very poignant, difficult issue, but he’s doing it in a way that is accessible to people,” says Caldwell, who likes his movies because they start dialogue. “That’s always a net benefit to society, when people start to have these conversations or start to wonder what it’d be like for an asteroid hit or when was the last big asteroid strike?”

The foundation for being human, according to Caldwell, is wanting to know and understand things. “It might annoy people, but it’s good for humanity to ask ‘Why?’” she says, adding that, “It’s just as important to ask ‘Why not?’”

Speaking of questions, a key one: Within our lifetime, how likely to occur is the worst-case scenario depicted in the movie? Her answer: “Almost zero.” But the odds of it happening eventually are practically 100 percent, and that’s why DART is so important.

DART is on track to strike Dimorphos this fall, and Caldwell can’t wait to take her eyes off the sky and start analyzing the data. ★ 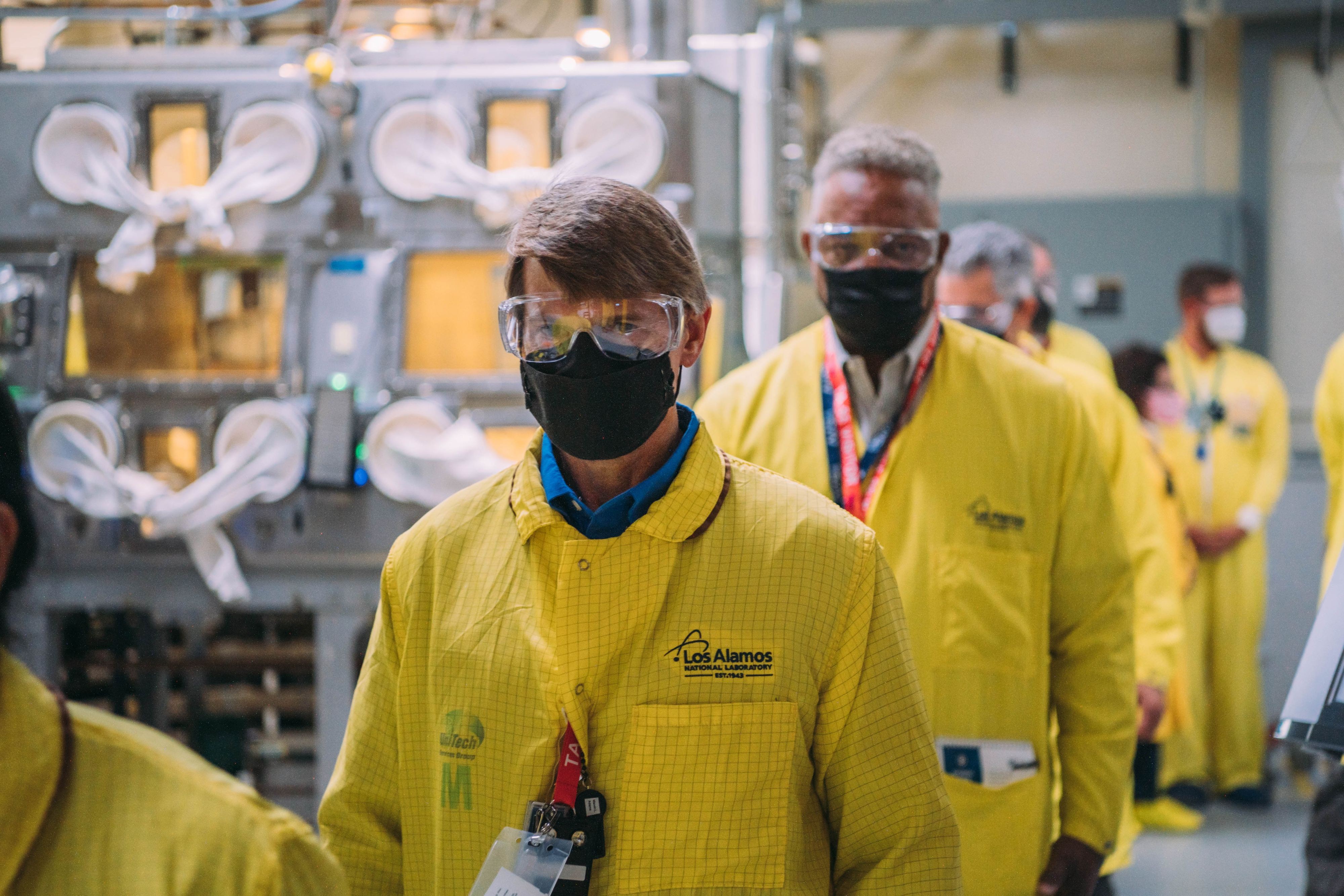