Vania Jordanova has spent her career in the eye of the geomagnetic storm. 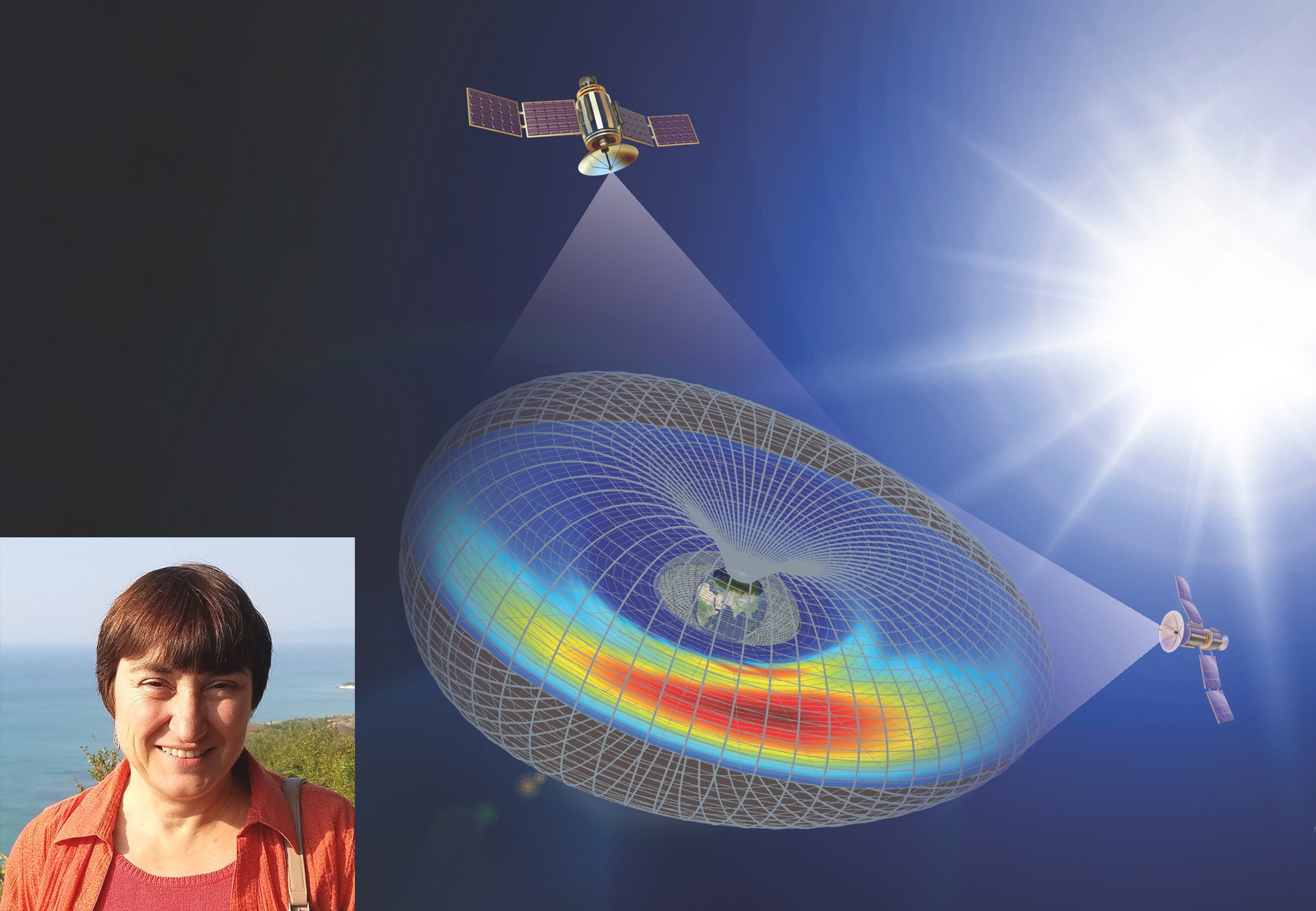 An image from a model that Jordanova worked on shows how Earth’s magnetic field interacts with plasma during geomagnetic storms. Los Alamos National Laboratory

The American Geophysical Union (AGU) is one of the most respected scientific organizations in the world. Its 130,000 members study Earth, space, and everything between. Last year, Vania Jordanova of Los Alamos National Laboratory’s Space Science and Applications group, became an AGU fellow—a title bestowed on just 0.1 percent of members.

“I have been a member and supporter of AGU’s mission for many years, and it was such a great honor to be recognized,” Jordanova says. “I’m very proud of the work I’ve done at the Lab, and I look forward to contributing more to our ability to advancing our knowledge in this field.”

While completing her PhD at the University of Michigan in the mid-1990s, Jordanova devised one of the first models to simulate geomagnetic storms, which occur when charged surges of solar wind–bursts of energy on the sun’s surface travel millions of miles and crash against the Earth’s magnetic field, bombarding near-Earth space with charged particles.

These events are so powerful they can disable satellites and severely damage infrastructure on Earth. In 1989, a geomagnetic storm shut down an entire power grid in Canada. In 2003, a storm ruined power transformers in South Africa and at a nuclear plant in Sweden. In 2010, a storm damaged the Galaxy 15, a $250-million U.S. telecommunication satellite, which cost $3.5 million to repair.

Jordanova’s Ring Current-Atmosphere Interactions Model emphasized the role of plasma waves in geomagnetic storms. These waves, she found, could be generated in near-Earth space and, thus, precipitate ions into the atmosphere or increase the energetic power of electrons inside the magnetosphere by a factor of 10.

Until that time, plasma waves hadn’t been given much credence. “This process of wave-particle interactions was recognized in theory, but people were skeptical it was important in space,” Jordanova says. “Twenty years later, we find that plasma waves are a very important element of understanding the physics of charged particles in the magnetosphere.”

Jordanova also played a key role in the Dynamic Radiation Environment Assimilation Model (DREAM), the project that brought her to the Lab in 2006. This project focused on radiation belts, which are areas of energetic charged particles surrounding Earth. These belts can be damaging to satellites, but DREAM helps scientists and engineers mitigate hazards for satellites in orbit. Using the model, they can predict the safest times for satellites to operate in space and when to take adequate actions.

In 2014, Jordanova became a principal investigator on the Space Hazards Induced near Earth by Large, Dynamic Storms (SHIELDS) project. Drawing from her breakthroughs in understanding plasma waves and charged particles, Jordanova helped create a multi-scale model of the magnetosphere that can forecast space weather. In 2017, the model won an R&D 100 Award—an “Oscar of innovation”—for being the world’s most advanced tool for predicting geomagnetic storms.

Today, such models provide advance notice of geomagnetic storms to people who operate satellites, power grids, flight communications, and anything else that relies on information beamed from orbit to the Earth—which these days is just about everything. ★