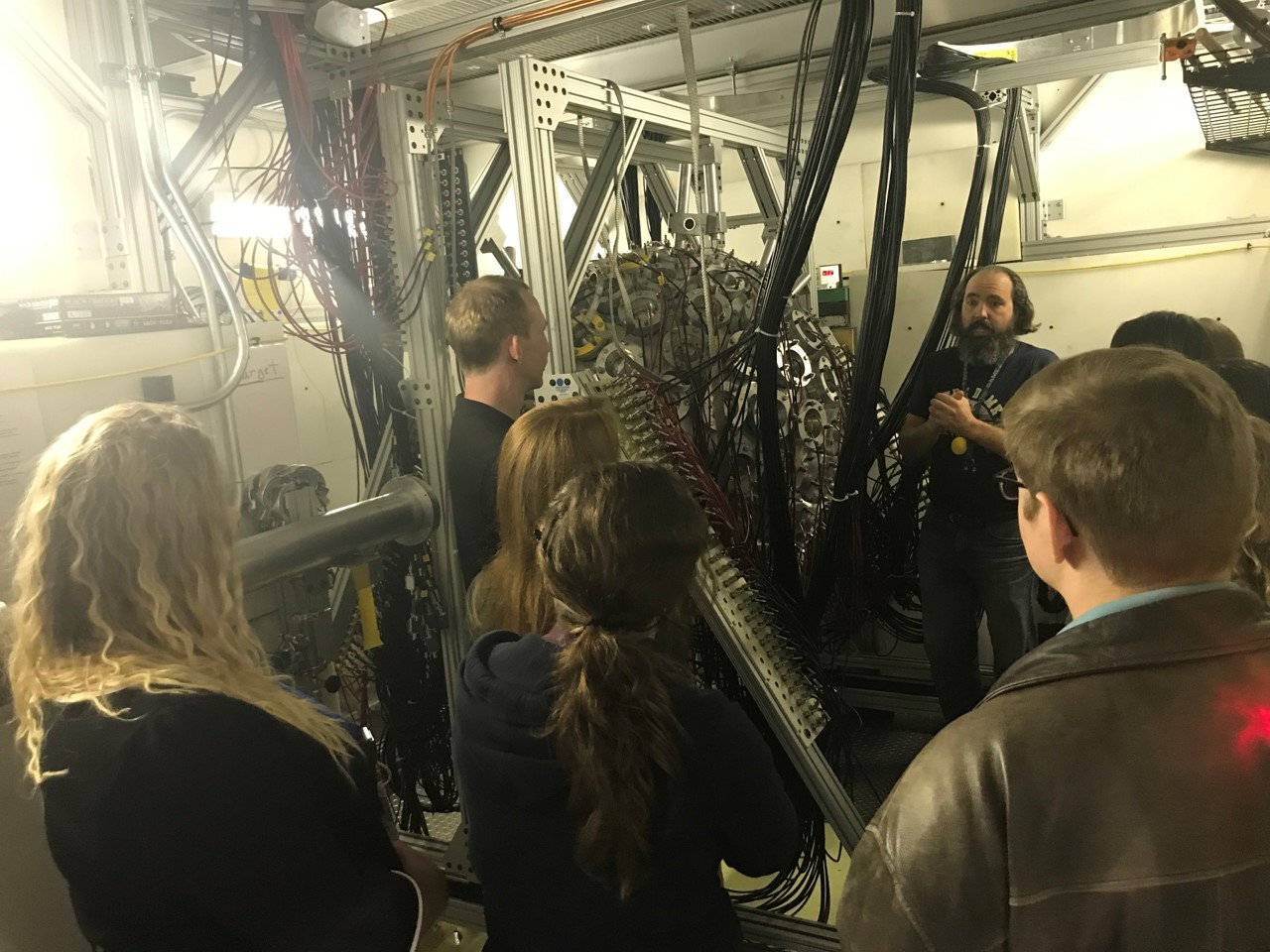 At the outset of the Manhattan Project, its director, J. Robert Oppenheimer, traveled across the United States, from the University of California, Berkeley, to the University of Chicago and beyond, to hire the scientists who would build the first atomic bombs at a top-secret laboratory in Los Alamos, New Mexico.

Today that laboratory is Los Alamos National Laboratory. No doubt its director, Thom Mason, has too many responsibilities to spend weeks roaming from school to school in search of talent. But the pipeline that leads scientists and students from universities to Los Alamos remains as vital as ever to the Laboratory’s success.

One way that the Laboratory brings students to Los Alamos is the G. Robert Keepin Nonproliferation Science Program, which was founded in 2017. This summer program attracts some of the nation’s brightest college students for an intensive eight-week introduction to the world of nonproliferation and nuclear security.

“When you’re a kid, you want to be a firefighter or a police officer, or a lawyer or a doctor,” says Nina Rosenberg, director of the Laboratory’s Nuclear Nonproliferation and Security Program, which organizes the Keepin Program together with the Lab's Nuclear Engineering and Nonproliferation division. “Most people who are 10 years old don’t say, ‘I want to work in nonproliferation and security.’”

The Keepin Program helps address that problem. “It’s a great opportunity for us to introduce really smart people to this field,” Rosenberg says.

Many of the students who participate in the Keepin Program are fellows in the Nuclear Science and Security Consortium (NSSC). Each year the NSSC, which is sponsored by the National Nuclear Security Administration (NNSA) and led by the University of California, Berkeley, awards fellowships to undergraduates, graduate students, and postdocs from 11 partner institutions. Students attend the Keepin Program as a part of that fellowship.

In 2021, NSSC fellows composed half of the 12 students who attended the Keepin Program, representing nine academic institutions. Their majors ranged from international studies and diplomacy to nuclear engineering and radiochemistry.

Jack Morrison, a materials science doctoral student at the University of Florida, learned about the Keepin Program while on a yearlong fellowship at the Nevada Field Office (NFO). (The NFO comprises the Nevada National Security Site and related laboratories and facilities that support the NNSA.)

In addition to working with Los Alamos scientist Stacey Eaton on research related to radioisotope heater units, Morrison appreciated the chance to tour facilities such as the Dual-Axis Radiographic Hydrodynamic Test (DARHT) facility, and to interact with experts in the safeguards field.

Although program attendees typically would have the opportunity to travel to Sandia National Laboratories and other facilities, the COVID-19 pandemic has put that element of the program on hold. Morrison believes that the program has been worthwhile nonetheless. “It’s been a good experience,” he says, noting that he would consider a career at a national laboratory in the future.

Although the Laboratory hopes for that reaction from students, Rosenberg says that the Keepin Program’s goals are broader.

“Maybe they’ll want to work in another area, or be a professor. That’s a win for us, too,” Rosenberg says. “It helps to have people learn about this important mission, wherever they go.” ★