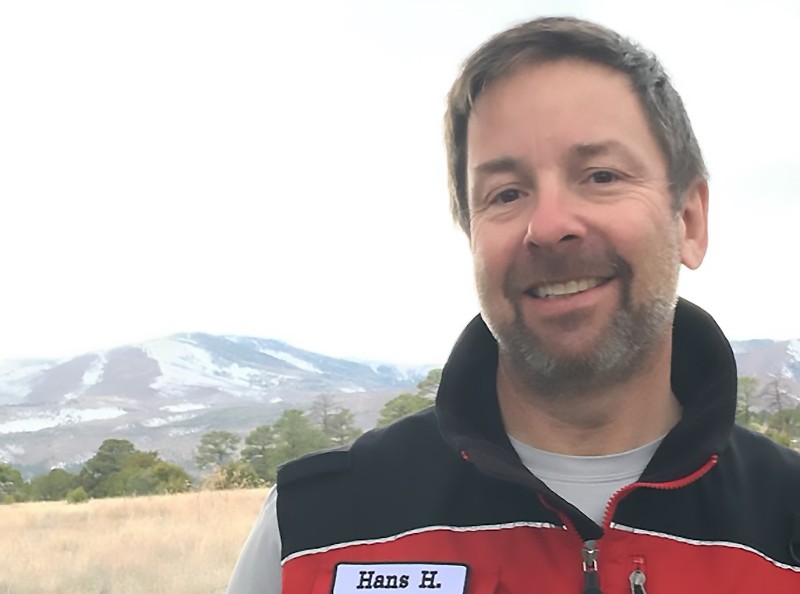 Hans and his son Max are one of only a few parent/child pairs currently on ski patrol in the state.

Hans Herrmann of the Laboratory’s Dynamic Experiments division takes a moment to survey the Rio Grande Valley. Adjusting his position, Hans then descends the Sidewinder trail, one of the toughest runs along Pajarito Mountain. Cool mountain air blasts past his face as Hans uses legs, hips and arms to adjust to the rugged terrain, increasing his speed as his skis “chatter” along a path of settled snow and freshened powder.

Hans’ exhilaration builds as he comes to the end of the trail, where he stops again and takes note of a fallen skier in the distance. Adrenaline replaces exhilaration as Hans reports via radio that he has found a possibly injured skier. Now his job as a member of the Pajarito Mountain Ski Patrol kicks in.

“I joined the patrol a few years after coming to Los Alamos in 1997 — I’ve been at it for about nine seasons now,” says Hans. “It was something I had always considered, and when my son Max expressed an interest in it at 14 years of age, I decided to join him in the training. I have been doing it ever since. The patrol gives me a reason to be on the mountain, particularly now that all three kids are out of the house. Perhaps more importantly, it’s given my son a reason to ski with his old man, which makes me particularly happy.”

A passion for the slopes

Hans says that he grew up skiing on ice in the northeast, hitting trails in upstate New York and surrounding areas in Vermont, New Hampshire and Massachusetts.

“I started skiing when I was around 14,” explains Hans. “My older sister was the first to get into it, and I followed soon after. After my first skiing experience, I was hooked.”

After serving a stint in the United States Navy as a submarine officer, Hans took a year off to enjoy the slopes as a ski bum at Vail, Colorado — he skied more than 100 days that year, when not working as a ski tech and ski instructor.

Vail offered Hans a fantastic year of skiing, although he said he missed taking physics courses. Wanting to become a “white-collar” ski bum, he applied and was accepted to Princeton University, where he pursued graduate studies in plasma physics.

“My first experience on powder was out west in my 20s,” says Hans. “After many failed attempts, I learned to love the powder, but I will always be a bump skier at heart.”

Bump skiing is no joke, as even expert skiers can look bad working their way through a steep, heavily moguled (bumpy) course that stresses technical turns, aerial maneuvers and speed.

Formed in February 1949, the Pajarito Mountain Ski Patrol is a hybrid organization. On Wednesdays and Thursdays, a small contingent of paid patrollers works the mountain. On Fridays to Sundays, however, an all-volunteer unit of about 11 members tackles patrol duties. These volunteers amount to about 70 members, with many coming from the technical staff at the Laboratory.

“We work an average of about 15 duty days per year,” says Hans. “Patrollers range from YAPs – young adult patrollers – to the graybeards.”

He has three children, all of whom inherited his love of skiing. Charlie, Max and Katie were all on skis before they were 2, and they participated in ski race and free-ride teams.

Hans and Max are one of only a few parent/child pairs currently on patrol in the state, and the duo is likely the only one who together went through and passed Outdoor Emergency Care certification. Certification consists of a written exam, as well as a practical exam conducted on the mountain itself. Hans explains that certification is far from easy — not everyone passes the exam on the first try.

“Our top priority as members of the ski patrol is to make sure that skiers are safe while having fun,” says Hans. “While on patrol, we are always looking out for lost skiers and those who may have incurred an injury or experienced a medical issue in often-cold environments. We are prepared to render basic outdoor emergency care, and if necessary, call for paramedics or even a helicopter for a quick extraction, should the emergency call for such action.”

Hans says that the first two years after certification are the toughest while working on the ski patrol. “You really worry if you are up to the challenge,” Hans says. “With experience, those jitters start to go away and you begin to feel comfortable taking care of others and addressing any problems while working on the mountain. Now, you never know what may come your way, so it’s always best to stay frosty and keep your skills fresh.”

Like his father, Max has been bit by the ski bug. This upcoming winter, Max will work full-time on the ski patrol in Red River.

“I’ve created a monster,” quips Hans. “When Max completed his training here in Los Alamos, he immediately told everyone that he was certified to deliver a baby in a ski-hill emergency!” 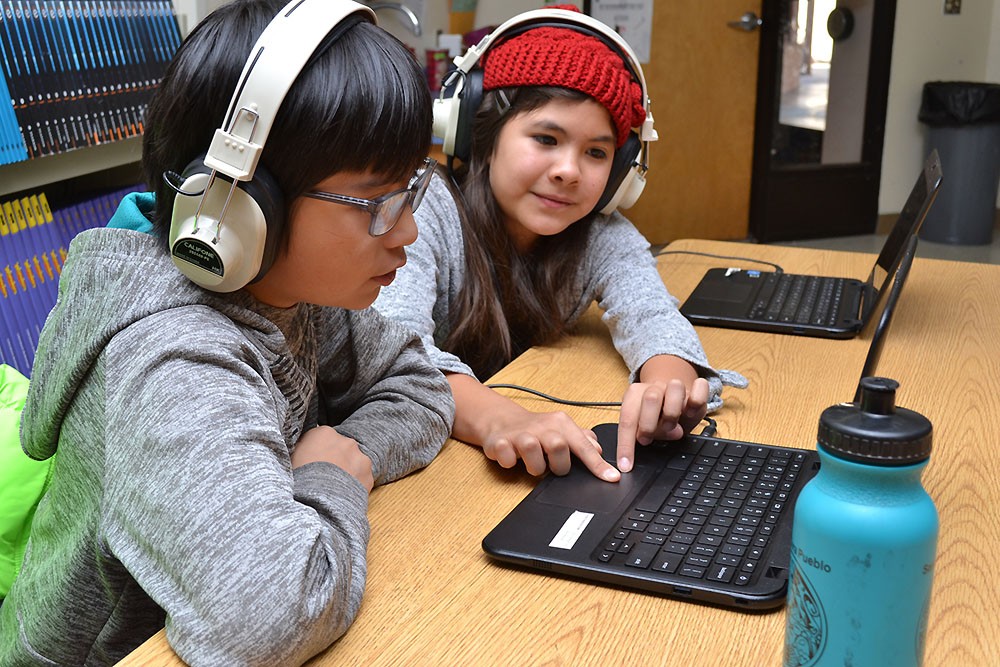 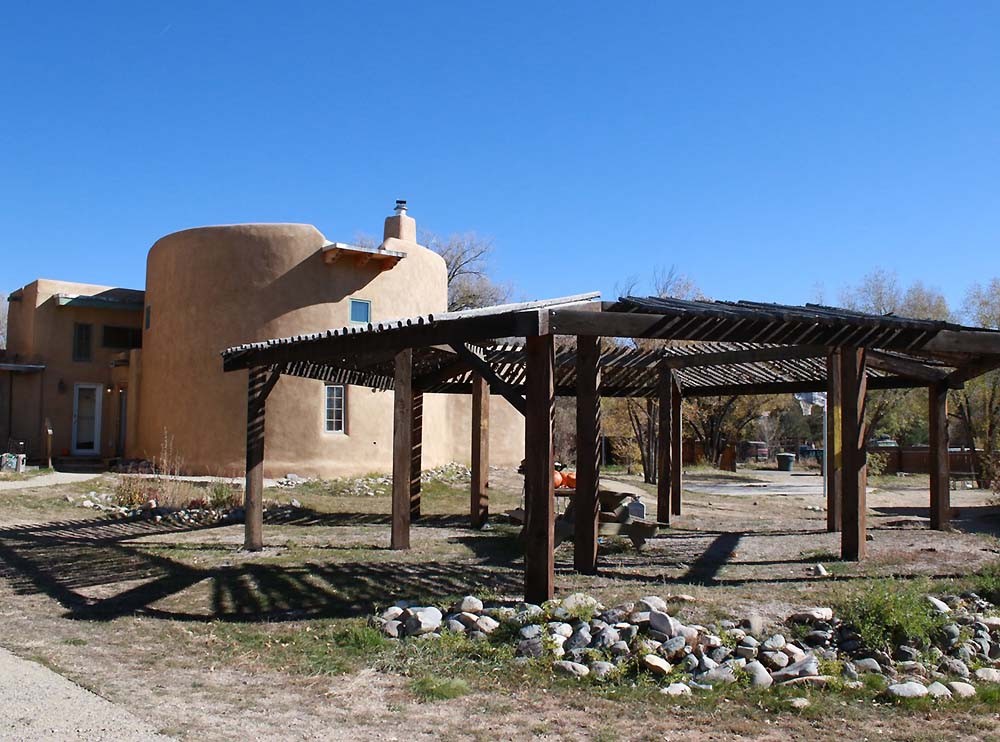 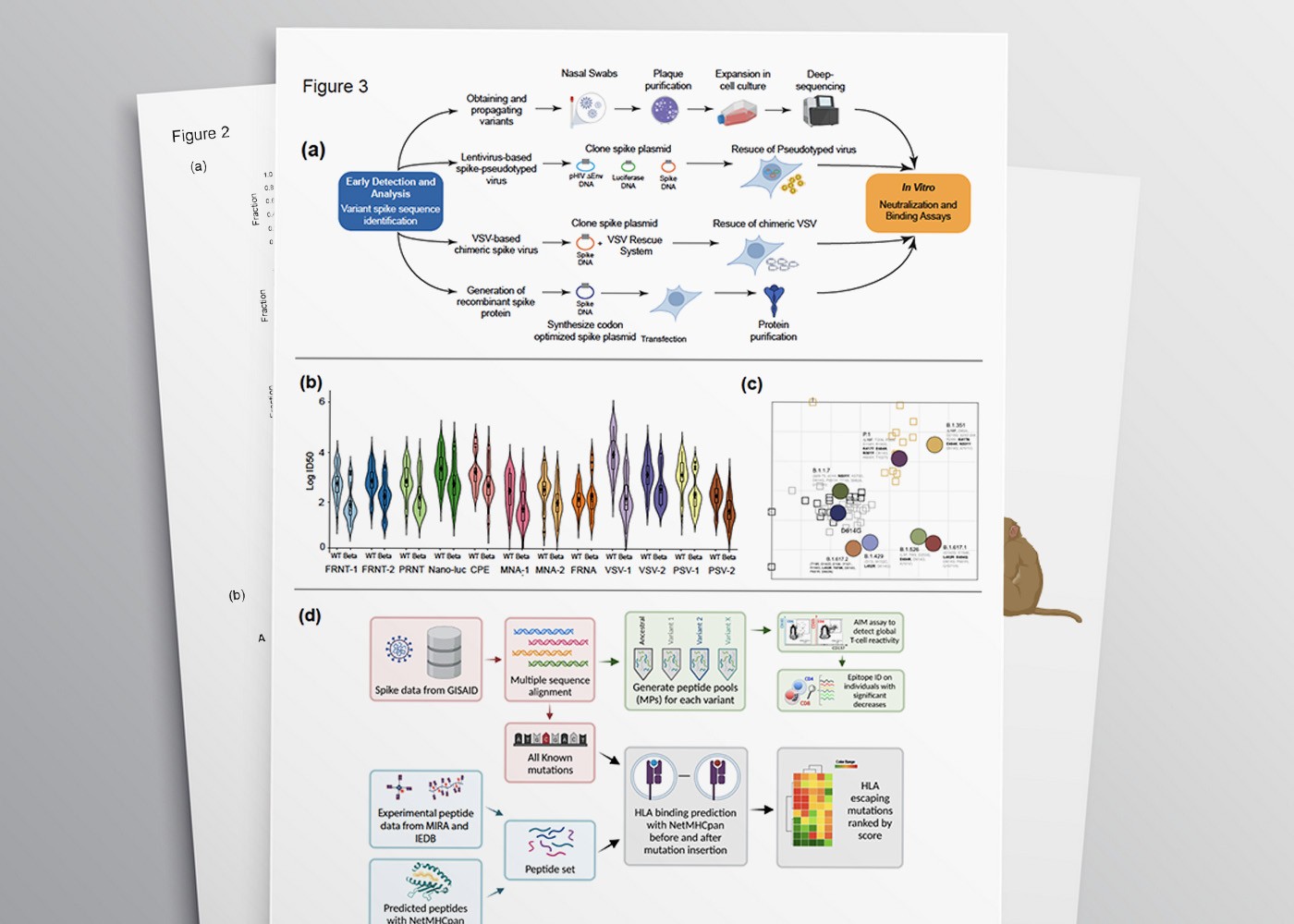 Liz Miller: Geologist on the move

Read Moreabout the article: Liz Miller: Geologist on the move 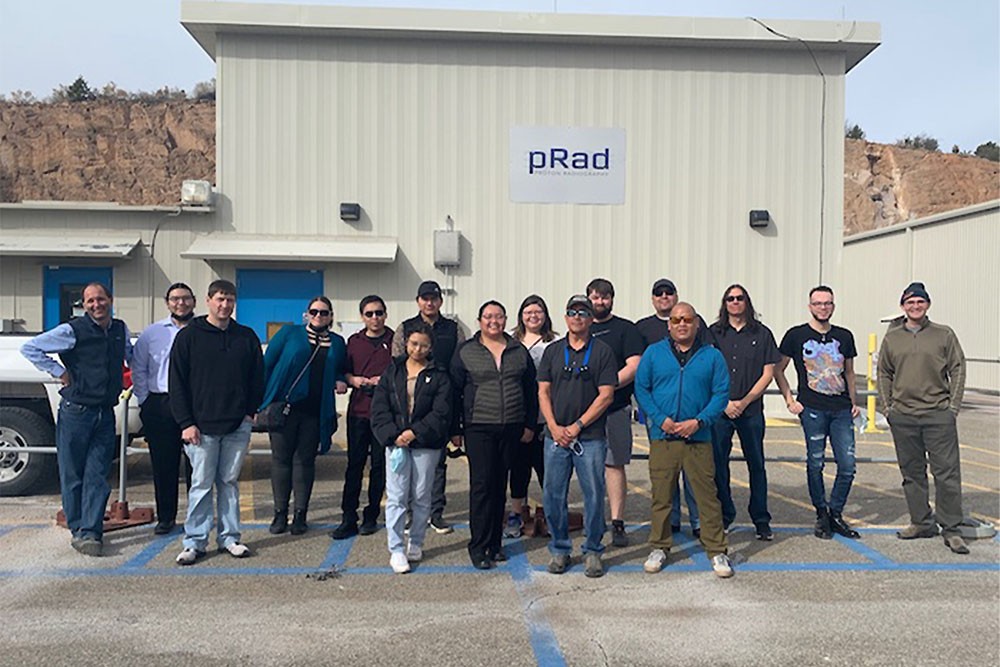 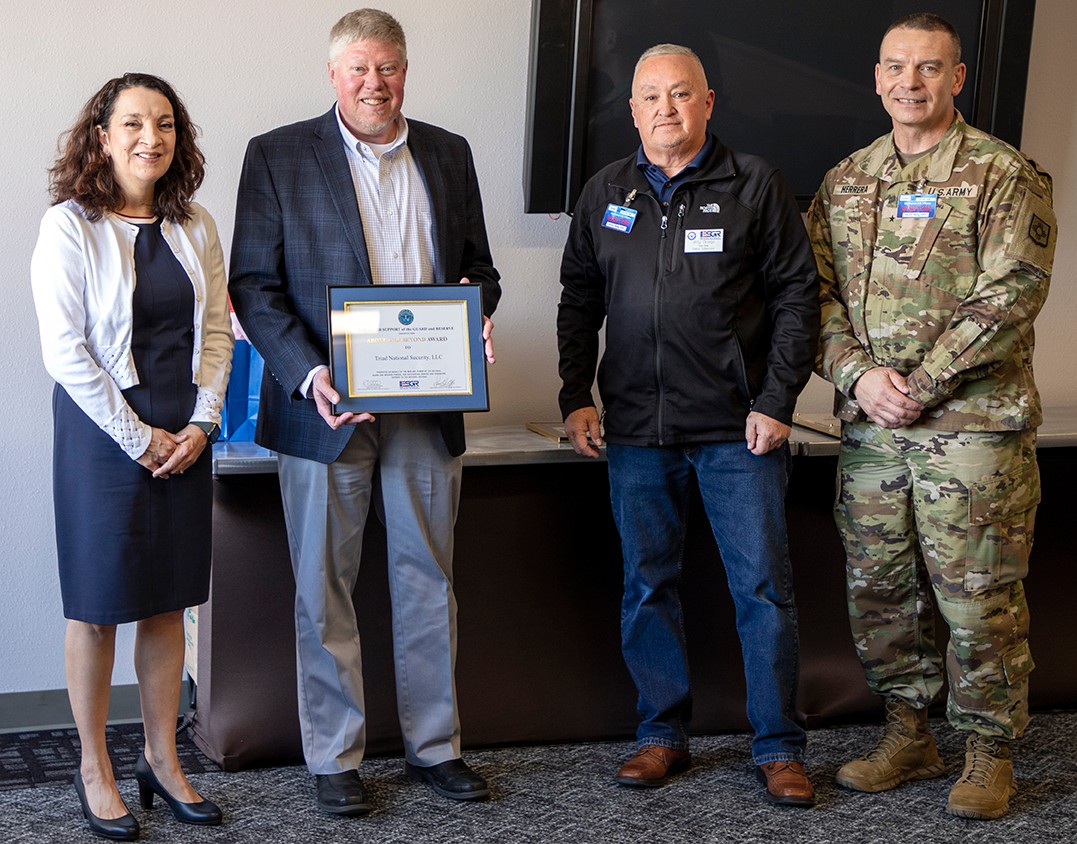