Joseph A. Garcia: The art of chip carving 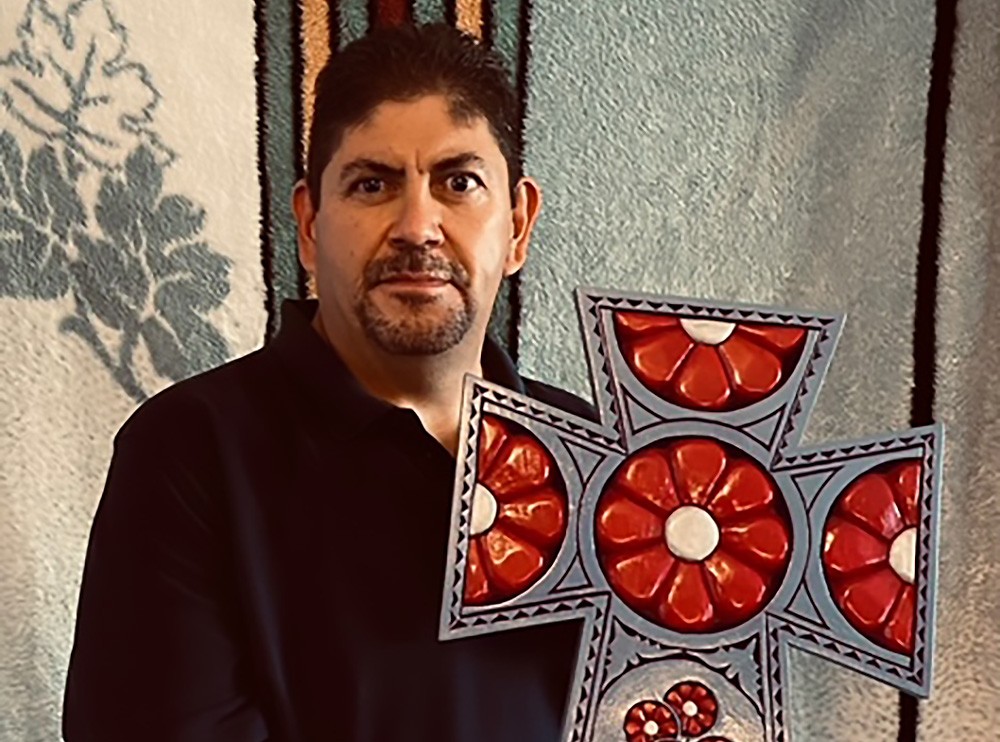 Joe Garcia with one of his pieces.

Joseph A. Garcia of the Laboratory’s Waste Management’s Waste Generator Services group sits on the edge of a workbench in his shop and picks up his latest project, an angel carved from wood. Picturing the image in his mind, Joe cracks open a wood-carving set of tools and pulls out the chip-carving knife, his go-to blade. With nothing else to distract him, he begins to carve away small pieces of the wood, creating something beautiful.

“My father was a wood carver, but I did not pick up the art until I was in college,” Joe explains. “The pressures of studying back then were intense, and I got nervous during exams and the like. One day, my father hands me a piece of wood and a chip-carving knife, and he says to me, ‘here, try this.’ I did, and I found that it relaxed me. I’ve been carving now for more than 27 years and don’t ever intend on stopping.”

Joe says that chip carving is one of the oldest styles of carving. To chip carve, a carver uses knives or chisels to remove small chips of wood in a single piece. Patterns are typically geometric figures, such as triangles, circles and squares.

“When I started in this art, I took the traditional style of southwestern colonial sculpture and integrated it with chip carving, which really makes my approach unique,” Joe says. “Every piece I make is different, with no two alike.”

Drawing inspiration from spirituality and nature 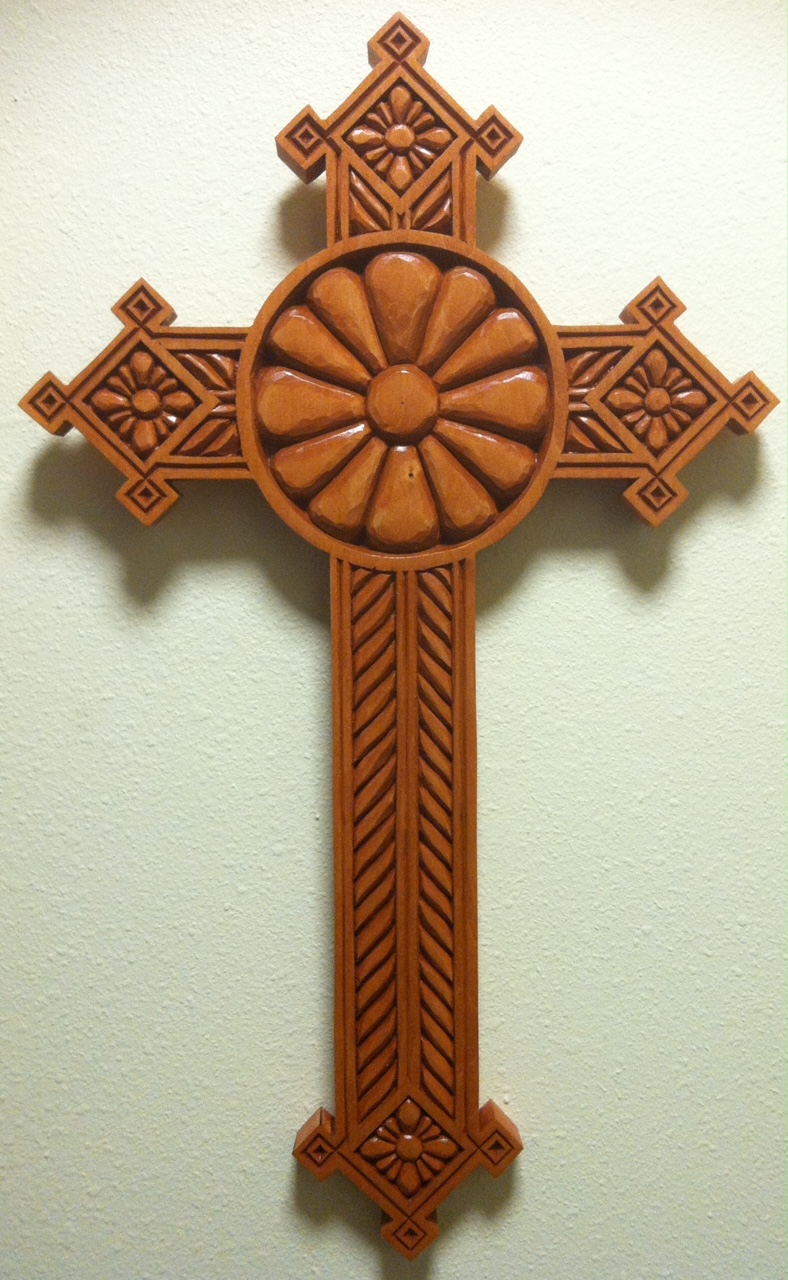 The majority of Joe’s carvings consist of crosses and angels. Inspiration can come at any time, and Joe notes that such inspiration ranges from other artistic works to patterns or ideas he derives from nature.

“When I’m carving, I am inspired by the world around me,” Joe says. “I remember different works or patterns that I’ve seen, whether in real life or in a book or other medium. As these visuals dance about in my head, somehow I adapt them into my own—I see them in a new way. Sometimes I draw these images, sometimes I just start carving right away. What comes out is distinctly my own.”

“When I’m carving, I have one rule: don’t bother me,” Joe says with a laugh. “Once I start carving, the creative juices really get going, and although some sessions are better than others, it’s often the case that I start carving at eight in the morning and find that I don’t stop until midnight. It’s like the idea had to find its way out.”

Joe enjoys going to arts and crafts shows when he can, as these shows give him opportunities to meet people that enjoy his artistic works. Having done this legwork for many years, Joe receives requests for commissions from around the world.

“I now have carvings in every state in the United States, as well as in hundreds of countries all over the word,” Joe says. “Because I carve primarily crosses and angels, I receive many requests for memorials, fundraisers, benefit raffles and the like, and I really try never to refuse these types of requests. I enjoy making the carvings—in these cases, though, I get the added benefit of contributing to a great cause.” 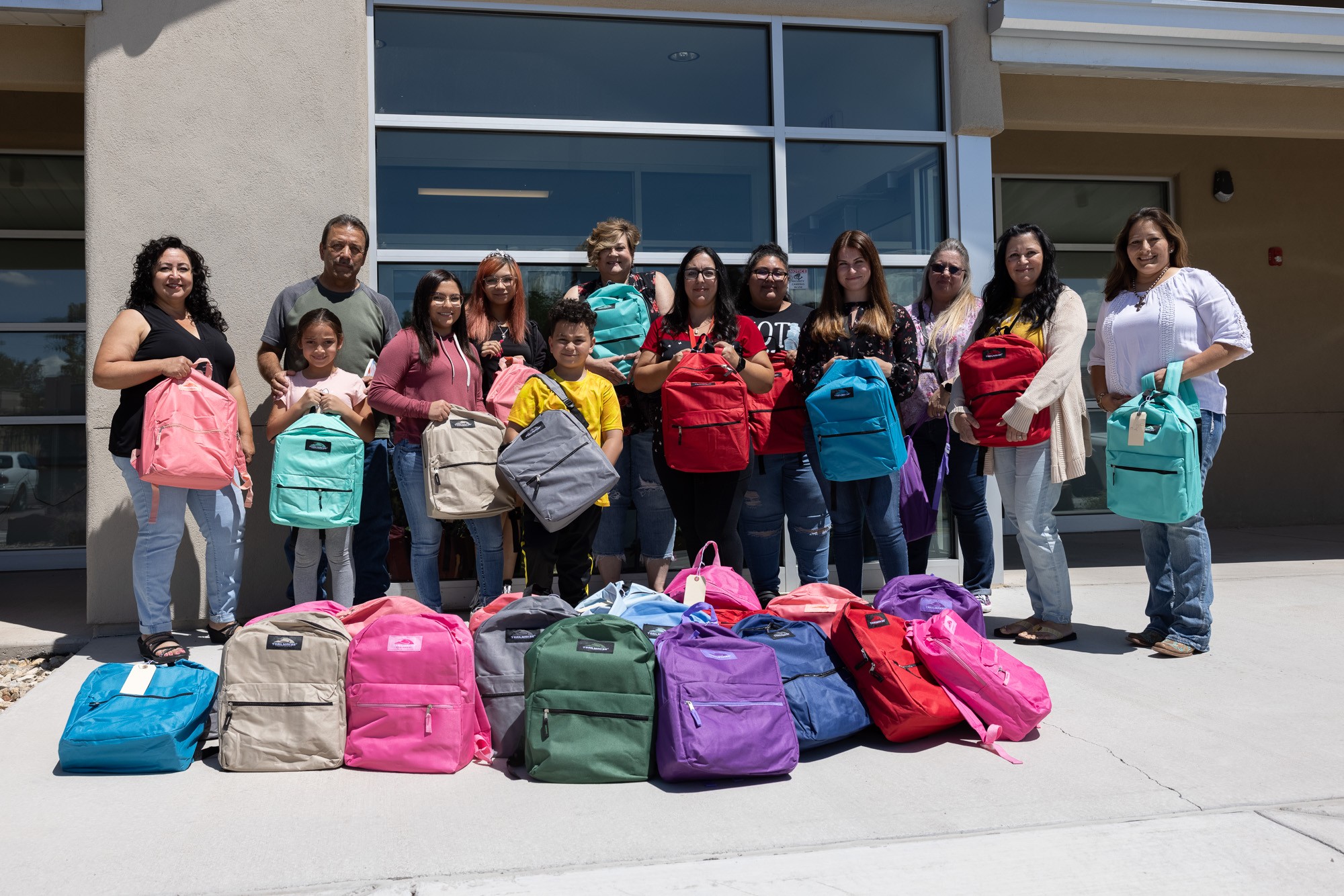 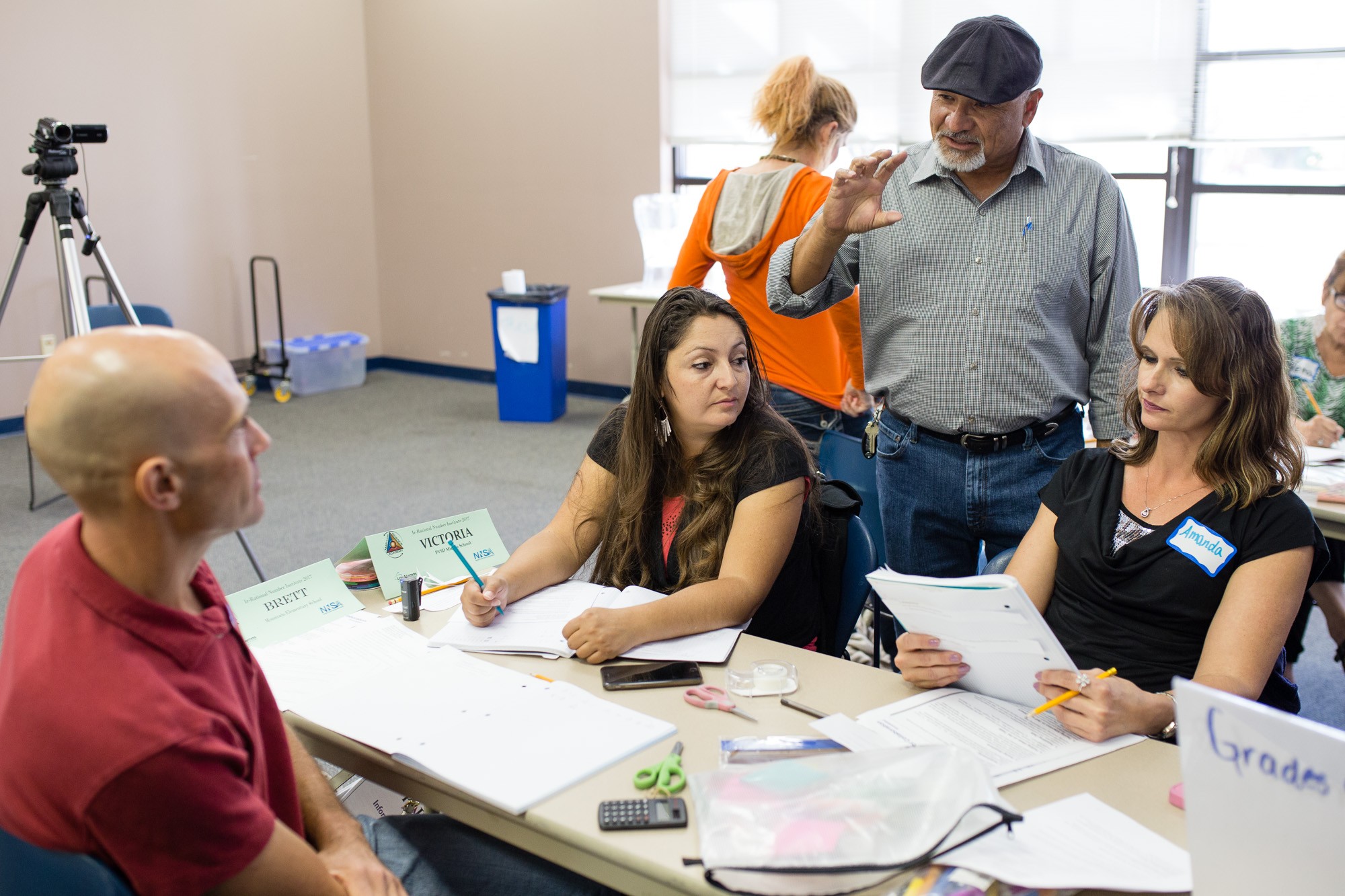 Read Moreabout the article: The Math and Science Academy: supporting teacher professional development for over 20 years