The Jedi tool of the Manhattan Project 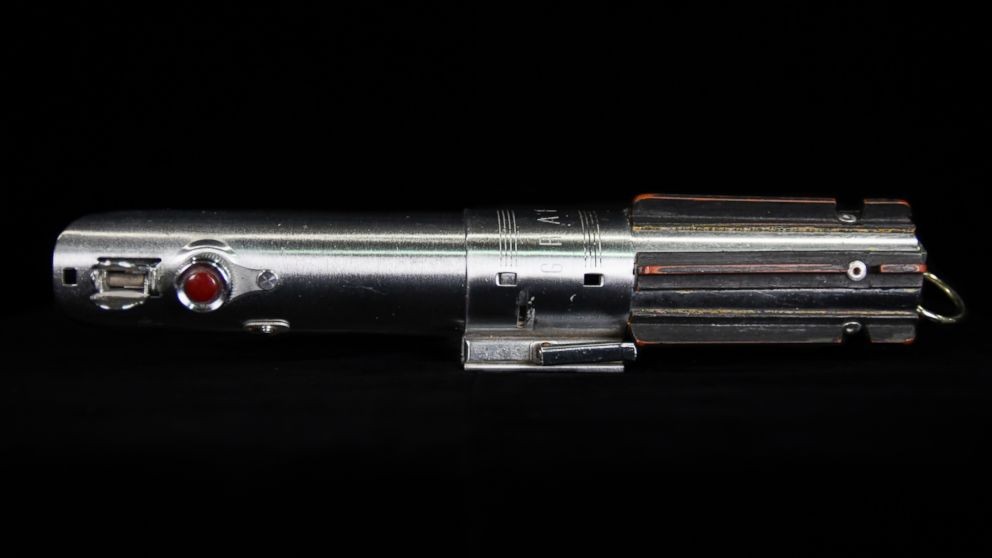 The original lightsaber hilt Ripley's Believe It Or Not!

Did you know that the original lightsaber (a weapon of choice among Jedi and Sith factions in the “Star Wars” film series, for those of you living in a galaxy far, far away) was constructed out of the flash handle from a Graflex camera, the same type of camera prolifically used during the Manhattan Project?

Fast forward a few decades to the 1970, when a set designer named Roger Christian scavenged around London for prop materials for the film “Star Wars” (later retitled as “Star Wars Episode IV: A New Hope”). Once again, the ordinary Graflex proved useful. Christian made the inspired decision to use the flash handle from a found Graflex camera as the hilt, or handle, of Luke Skywalker’s lightsaber.

The original movie prop later sold at auction for approximately $450,000. The Graflex logo remained visible on the Skywalker hilt. Several of the Project Y Graflexes are in the Bradbury Science Museum’s collections. What remains of Q-Site stands at Manhattan Project National Historical Park.

Check out cameras and other items from the Bradbury’s collections.

‘S’ for success at historic S-SiteFrontiers in Science: Wildfire, water and climate changeBradbury’s ChemCam exhibit makes a stop at the Explorers ClubAll Stories