In 1990, Glenn T. Seaborg proposed the formation of an actinide science institute to the Department of Energy due to his concerns with decreasing academic actinide science faculty and programs. Since 1990, G.T. Seaborg Institutes and Centers (GTSIs) have been established at four national laboratories: Lawrence Livermore (LLNL) in 1991, Los Alamos (LANL) in 1997, Lawrence Berkeley (LBNL) in 1999 (see “History of the Seaborg Institute,” Actinide Research Quarterly, Second Quarter 2009) and most recently in 2018 at Idaho (INL). Each GTSI mission has been developed to address the actinide needs of its founding national laboratory. Since 1997, the involvement of GTSI at LANL has grown to serve as the center of actinide science and technology advocacy.

LANL-GTSI began with David Clark at the helm as director, who served in this position for 12 years. More recent directors include Gordon Jarvinen, Albert Migliori, and myself. Our current Deputy Director is Ping Yang. The institute has long provided expert advice to Los Alamos management and administration on matters of its actinide mission, such as the 2010 LANL Plutonium Science and Research Strategy, 2018 LANL Materials for the Future Science, Actinides and Highly Correlated Electron Materials Area of Leadership, and more recently the 2020 LANL Integrated Initiative for Plutonium and Actinide Missions. Furthermore, we engage the international research community in advocacy, technical, and organizational leadership roles in Actinide Research Quarterly, visitor/speaker programs, Plutonium Futures—the Science international conferences, among others.

Key to LANL-GTSI mission success is maintaining strategic alignment with LANL mission on nuclear energy, nuclear defense, and global security. The advancement of basic actinide sciences and technology is critical to this mission.

A lasting legacy at Los Alamos

Glenn Seaborg long promoted the fact that success in research always required hard work and dedication, and he encouraged students to take that track in their education. The idea for the Glenn T. Seaborg Institute arose in 1990 when Seaborg expressed concerns with decreasing numbers in academic actinide science faculty and programs in the US. As Darleane Hoffman wrote in her 2009 history of the Seaborg Institute, “The concern that the field was becoming subcritical at a time when its core competence was crucial to our nation’s industrial, environmental, and scientific survival led to the establishment of a center for education and research: The Seaborg Institute for Transactinium Science.”

Since then, GTSIs have served as an advocate for advancing actinide science and technology. Key to the LANL-GTSI success is maintaining strategic alignment with actinide mission on nuclear energy, nuclear defense, and global security by successful cross-pollination of multidisciplinary fields.

Our purpose is to implement this mission successfully. This is achieved in part by using strategically and thematically targeted Laboratory Directed Research and Development (LDRD) funds supporting the LANL actinide mission. Our leadership team engages actinide experts, such as focus area leads and related specialists, to provide guidance on technical areas for strategic investment. We then implement this through projects supported by LDRD funding.

Our goal is to promote cutting edge ideas in actinide science, research, and technology development. We focus on international collaboration in areas of the LANL actinide mission to boost competency and capability development. Accordingly, we make strategic investments by thematic initiatives leveraging the advice from subject matter experts to enable LDRD-funded research.

Annually, we host approximately 16 postdoctoral researchers and 18 GRAs in interdisciplinary areas of actinide science, technology, and engineering. This population of researchers represents a cross-discipline distribution—see chart above. These postdoctoral and graduate level activities have been very successful. In the last 12 years, the staff conversion rate is approximately 30% for LANL staff members in divisions with direct mission relevance (such as AMPP, PT, Q, MST, C, Sigma, etc.) among the 137 Seaborg postdoctoral researchers. Others have joined top-tier research institutes that work on fundamental science and nuclear energy (e.g., SLAC, LLNL, LBNL, INL, and Oak Ridge National Laboratory) or have gone to leading academic and national/international companies (e.g., Software for Chemistry & Materials, TerraPower). These Seaborg alumni nevertheless benefit LANL as external collaborators, extending our network and access to technical facilities.

We continue to find success by engaging selected postdocs and students in multi-year research opportunities targeting the Los Alamos mission, particularly in areas which intersect with nuclear energy, nuclear weapons, and global security. Since its inception in 2005, the GTSI Postdoctoral Researcher Program has successfully impacted the actinides mission by supporting postdoctoral research, as illustrated by over 700 peer-reviewed publications. Additionally, many leaders in actinide fields have emerged through this program.

The legacy of Glenn T. Seaborg at Los Alamos

Element 94 (later named plutonium or Pu) was discovered in 1941 by Seaborg, McMillan, Wahl, and Kennedy, by chemical separations from uranium-238 which had been bombarded with deuterons in the Berkeley 60-inch cyclotron. The discovery of plutonium was kept secret from the international radiochemistry and nuclear physics community due to the implications of a fissionable element. See our full article on the history and properties of plutonium on p18.

In April 1942, Seaborg moved to Chicago to work on plutonium separations chemistry problems in support of the Manhattan Project. As he wrote in his autobiography, Adventures in the Atomic Age, “I realized that Chicago would be the heart of the project and wanted to be where the action was.” Seaborg led Section C-1 of the Metallurgical Laboratory, known for short as the Met Lab (which became Argonne National Laboratory after the war). The group was responsible for developing the chemical process for separating plutonium from uranium and accompanying fission side-products. Overall, the work of the Chicago Met Lab was focused on two questions: (1) How to make enough plutonium to be useful? and (2) How to isolate it once it was produced?

The conflict over Manhattan Project roles

It is with little doubt that LANL owes its technology, competency, and capabilities to the discovery of plutonium and its technical development. Prior to summer of 1942, overall responsibility for the physics of bomb development had been given to the Met Lab, where work on fast neutron chain reactions, looking toward bomb development, was being conducted by various subcontractors. The separations chemistry and metallurgy of uranium had largely been worked out at the Met Lab, so its first use at Los Alamos mid-1943 was as a “stand-in” for plutonium until enough plutonium was amassed to afford its own separations chemistry and metallurgy research program. This endeavor was a key element of the Development of Substitute Materials Project. By the end of 1943, the idea of a smaller uranium gun device (later named Little Boy) had been recognized as a feasible military device and by late 1944, the necessary body of work for the implementation of a gun-assembled uranium device was proceeding quickly using natural uranium. Thus, the final Little Boy design was locked in by February 1945 and further work was to ensure successful implementation. Therefore, there was never a full-scale nuclear explosive test of Little Boy.

The efforts in plutonium chemistry and metallurgy between 1943 and 1945 had a confrontational beginning. The main conflict existed over the division of labor between Manhattan Project laboratory sites. In 1943, as Los Alamos management, infrastructure, and research was being organized, most of the expertise in plutonium chemistry resided at either the UC Berkeley laboratory, where the plutonium isotopes were first discovered by Seaborg, and co-workers, or at the Chicago Met Lab, where Fermi, Szilard, Compton, Seaborg, and many others were studying plutonium and uranium metallurgy and operating the Chicago Pile-1 uranium reactor.

In April 1943, a series of conferences was held at Los Alamos for the purpose of acquainting new staff members with the existing state of knowledge and for preparing a concrete program of research. During these conferences, Los Alamos was visited by the members of a special review committee, appointed by General L. R. Groves and chaired by W. K. Lewis of the Massachusetts Institute of Technology.

The conflict over the Manhattan Project chemistry and metallurgy division of labor was settled in May 1943 when the Lewis Committee recommended that several key processes should be carried out at Los Alamos. These included: the final purification of plutonium, the reduction to its metallic state, the determination of the metal’s relevant physical and metallurgical properties, and the development of the necessary weapon-fabrication technologies. Given that most of the expertise to accomplish these tasks was to be found at either Berkeley or the Met Lab, most of the original Los Alamos chemistry and metallurgy staff came from these two laboratories. It took the remainder of 1943 to arrange the transfer of this staff to Los Alamos.

Meanwhile, preparation and experimental measurements on microgram samples of plutonium continued at the Met Lab. This early experience with ultramicrochemistry and micro-metallurgy proved invaluable and served to provide the metallurgists at Los Alamos with early data in the critical few weeks before their own gram-scale lots would become available in March 1944.

As more data was collected at both Chicago and Los Alamos in the spring of 1944, the measured density grew in variance. This was among the first clues that plutonium was a complex element, and that many challenges would lie ahead in unravelling these mysteries.

Arthur Wahl and Gerhart Friedlander were Seaborg’s first graduate students. After their collaborations at Berkeley on the discovery of plutonium and early efforts at separations and purification, Wahl and Friedlander moved to Los Alamos during the Manhattan Project to continue metal purification research as chemists, utilizing the advances made by the Chicago Met Lab researchers. They both became group leaders within the Chemistry and Metallurgy (CM) Division.

Joseph Kennedy, another early Seaborg collaborator, moved to Los Alamos to run the CM Division. Prior to April 1944, this division had only a loose group structure, with groups designated as Purification, Radiochemistry, Analysis, and Metallurgy, headed respectively by C. S. Garner, R. W. Dodson, S. I. Wiessman, and C. S. Smith. At that time, the administration of the division was extensively reorganized. Kennedy, who had served from the beginning as Acting Division Leader, became Division Leader, despite being only 27 years old. For his services, he was awarded the Medal for Merit by President Harry S. Truman in 1946.

Kennedy and Friedlander went on to co-author the textbook Nuclear and Radiochemistry, considered a classic in its field. Although the trio proceeded with careers outside of Los Alamos after 1946, Wahl returned in 1991 to spend his retirement engaged in science writing.

In the last 25 years, the LANL-GTSI has engaged in Glenn Seaborg’s original vision promoting efforts and activities to expand numbers of researchers in the field of actinide science, technology, and engineering to counter the small numbers of academic actinide science faculty and programs. This effort is necessary to ensure our nation’s industrial, environmental, and scientific survival in the field of actinide research.

Learn about the Seaborg Institute 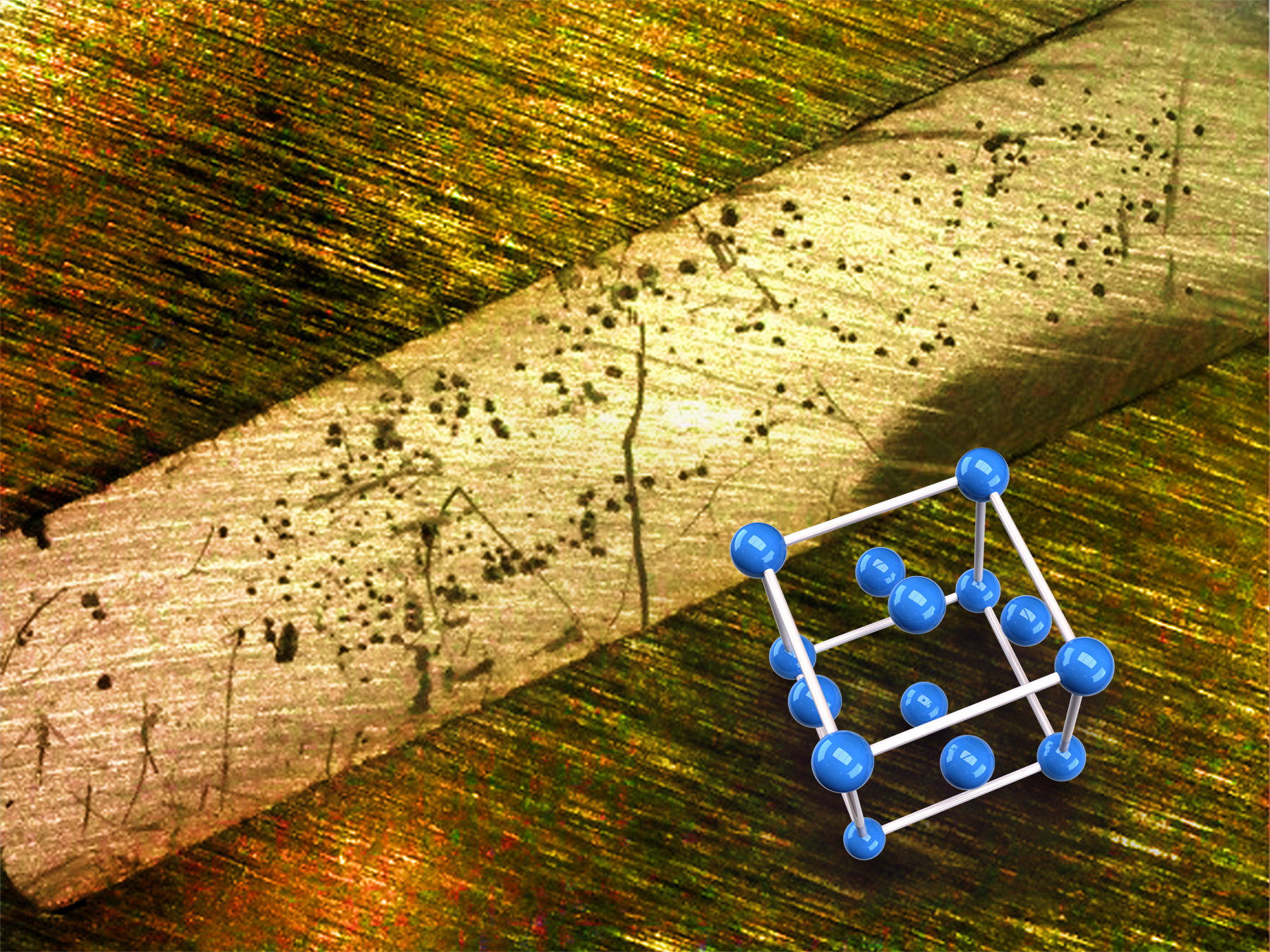