Was There, Is There, Anybody There?

A small new imager might be the tool to find conclusive signs of life beyond earth.

“A lot of people are imagining the possibilities of caves on Mars right now,” says Los Alamos geologist Patrick Gasda. “When NASA decides to explore those caves, we want to be there.”

Martian caves are exciting because they are among the most likely places to find evidence of ancient life. Planetary scientist Roger Wiens leads the Los Alamos OrganiCam project with Gasda, and elaborates, “A cave would be the place to look because Mars’s surface has a lot of radiation and is very inhospitable. Caves are protected. The rover Curiosity discovered complex organic molecules, but they had been altered by the harsh environment, so it’s hard to draw conclusions on whether or not their origins are biological. For something conclusive we need to look underground, and lava-tube caves offer the easiest access.”

A cave would be the place to look for signs of life because Mars’s surface is very inhospitable.

Current thinking is that any signs of life on Mars are going to be indicative of what was, not what is. Mars’s climate has changed and is now far less hospitable than it once was. Scientists aren’t ruling out the possibility of finding something contemporary, but they are focusing their search on signs of life that is long gone.

Wiens and his Los Alamos collaborators previously built SuperCam, an advanced instrument that arrived on Mars earlier this year aboard the rover Perseverance. SuperCam is a spectrometer-camera combo that uses a laser to analyze the chemical and mineral makeup of Mars’s surface. Also onboard Perseverance is a miniature helicopter called Ingenuity whose mission is to prove it can fly in the thin, cold Martian air.

“We try to stay ahead of where space exploration is going,” says OrganiCam engineer Benigno Sandoval, “so that we have the capabilities demonstrated by the time they are asked for.”

The team predicts that a flying organic-molecule detector, sort of a combination of Ingenuity with a mini-SuperCam, is going to be desired for the next Mars mission. The instrument has to fly, rather than drive, because the entrances to Martian subsurface lava-tube caves involve very long vertical drops. The idea is to send the instrument in, have it scan around inside the cave without landing, then return to the surface and transmit its data back to Earth.

Developed at Los Alamos in collaboration with the University of Hawaii, OrganiCam has SuperCam heritage but is specialized to use images to discern organic materials from minerals—a key distinction in the search for life as we know it. While organic materials are not the same as little green men, or even little green microbes, they are an important first step.

“Don’t get me wrong,” clarifies Gasda, “finding microbes, or even fossils of microbes on Mars would be ideal!” But, in anticipation of the less-than-ideal, OrganiCam designers have set its sights on organic molecules specifically, because these are potential signatures of life.

Organicam can scan a room and identify biological contamination instantly.

The way it makes the distinction is by exploiting the phenomenon of fast fluorescence. Both organic and mineralogic materials emit fluorescence after being excited by a laser, but organics do so on a faster timescale than minerals. OrganiCam pulses a laser at its target, then opens its camera shutter for just 100 nanoseconds, capturing the fluorescence of the organics while excluding that of the minerals, which takes at least ten times longer to arrive.

“What’s cool about OrganiCam,” enthuses Sandoval, “is that it has both a camera and a spectrometer. Most instruments do just one or the other, but OrganiCam can do both.”

The signal entering the instrument gets split in two, with half going straight through the camera optics and the other half being diverted up through a different set of optics that make up the spectrometer. Both signals then go through the same image intensifier, detector, and processor (that’s the part that came from SuperCam).

For spectroscopy, the outgoing laser light is collimated and concentrated on just one small target. But with the insertion of a diffusing filter, the light is spread over a larger area, more suitable for imaging.

“The laser pulse only lasts 5 nanoseconds,” says physicist Ray Newell, “so the signals are very dim and short-lived; they need to be intensified to be detected. Our image intensifier works like night-vision goggles, amplifying the signal by over 50,000 times.”

Optics expert Adriana Reyes-Newell put together the optical assembly—laser aligning the mirrors and lenses for optimal performance. She explains, “Both functionalities use the same hardware, but they can’t be done simultaneously. First you take the image, then you identify a spectroscopy target in the image, re-aim, remove the light diffuser from the laser beam path, then take the spectrum of the target.”

The timing between the laser and the camera is tunable too, so photo series can be captured and stitched together into a sort of short movie. This captures the rate of fluorescence fade and provides additional information about the organic material under study.

Laboratory radiobiologist Kumkum Ganguly cast a wide net in terms of the kinds of organic materials that OrganiCam can detect. She has tested representative bacteria—from modern Earth bacteria (E. coli) to ancient Earth bacteria (cyanobacteria) and radiation-resistant Deinococcus radiodurans, nicknamed Conan the Bacterium. To mimic an extraterrestrial environment and the kind of damage space radiation does to biomolecules, Ganguly irradiates samples with either gamma rays or high-energy neutrons for up to 48 hours—at which point any life is good and dead—before showing it to OrganiCam. The instrument not only clearly detects all bacteria tested so far, but it also picks up bacterial DNA extracts, which, depending on the harshness of the extraterrestrial environment, may be all there is to detect.

“Because we will train our instrument on a broad data set,” says Ganguly, “it will be faster and more efficient at interpreting what it finds when OrganiCam does go into space.”

In the meantime, there is plenty that OrganiCam can do here on Earth. Any situation needing chemical analysis where space and volume are constrained—caves, bore holes, tunnels, places where people can’t easily go—could benefit. OrganiCam is just 7.5 inches long and 2 inches tall, so aboard a vehicle about the size of a shoebox—either a drone or a rover—it could take very good measurements quite quickly.

Another earthly application would be clean-room validation. OrganiCam is far too sensitive to be used in most places where humans are, but the rooms where Mars rovers and other space-bound instruments are assembled need to be absolutely free of biological contamination, lest they carry it to their destinations. Currently, clean rooms and their products are monitored by swab-and-culture methods, which can take days to complete. OrganiCam can scan a room and identify biological contamination instantly.

Finally, although evidence exists of water and organic molecules on Mars, that isn’t the only enticing locale where OrganiCam could work. Jupiter and Saturn both have icy moons, Europa and Enceladus respectively, with signs of habitability. Scientists believe that both moons have liquid water oceans beneath their icy crusts. Conveniently, both moons appear to periodically spew out plumes of ocean contents, which fall back and coat the surface, where they might be examined by an organic-molecule detector.

Jupiter and Saturn both have icy moons with signs of liquid water oceans beneath their icy crusts.

Whereas life on Mars is thought to be extinct, if it ever existed, the case for these ocean worlds is different. Because they still have liquid water oceans, Europa and Enceladus carry the possibility of extant living organisms in their water. A lander outfitted with OrganiCam could detect them by determining which, if any, organic materials are being spewed out of these subsurface oceans. For many it’s a far-out thought, but for the OrganiCam team it’s entirely feasible and practically within reach.

“OrganiCam is a revolutionary compact instrument that can detect organic materials here on Earth or discover them on other planets,” touts Wiens.

“We’re fortunate,” adds Sandoval. “It takes a lot of people—from concept people and design people to fabrication people and test people.” Luckily, Los Alamos is a place where all these kinds of people come together. LDRD 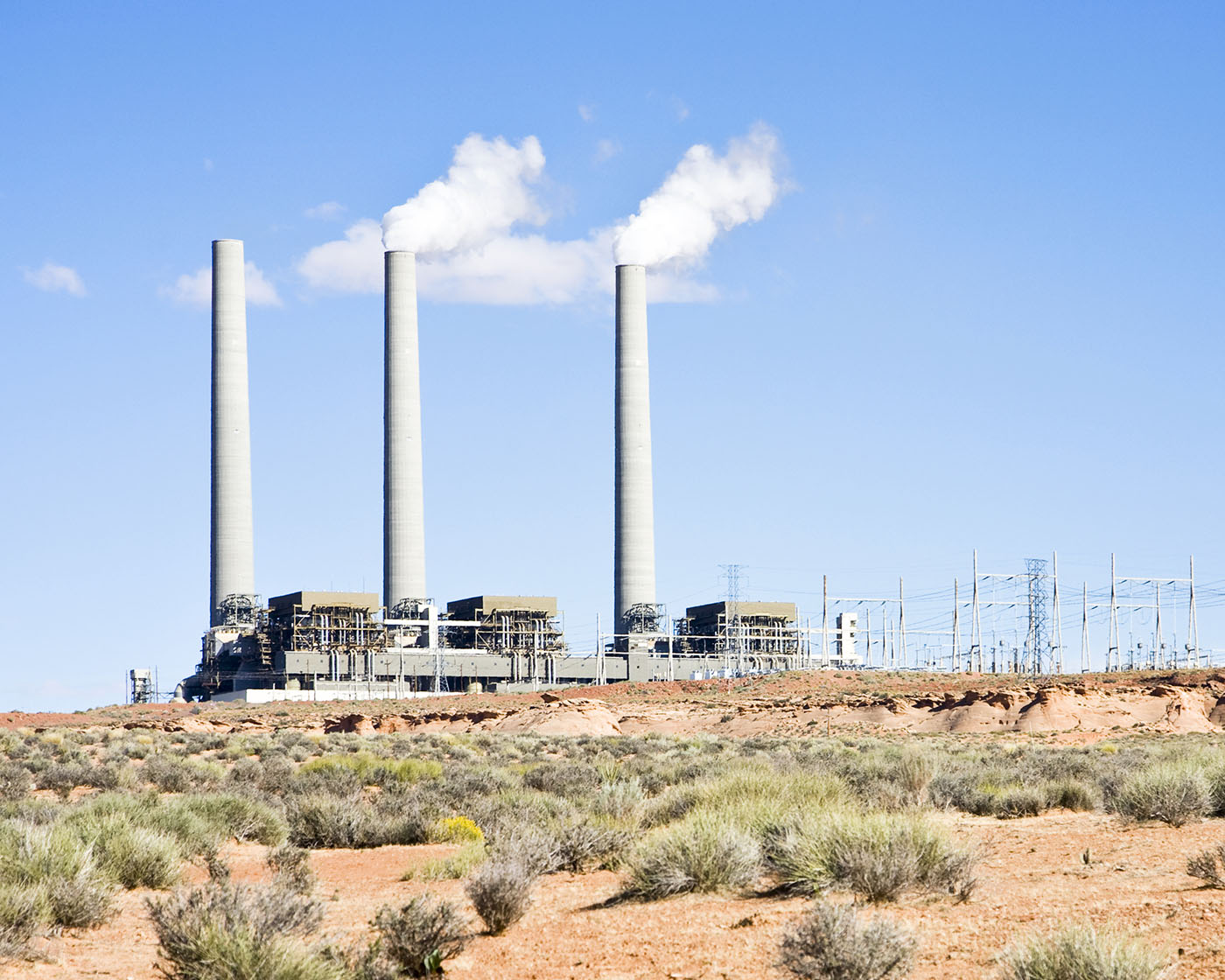 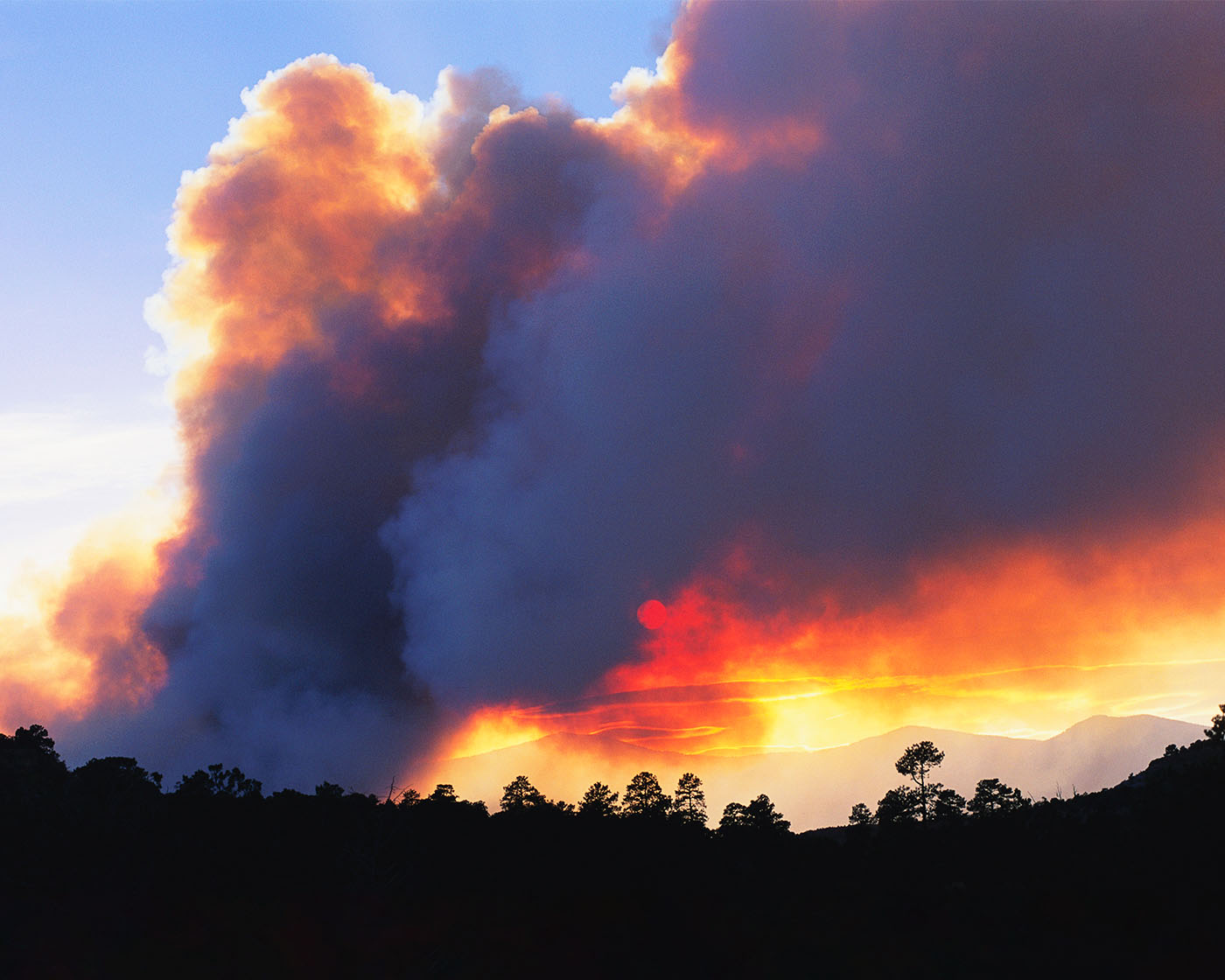 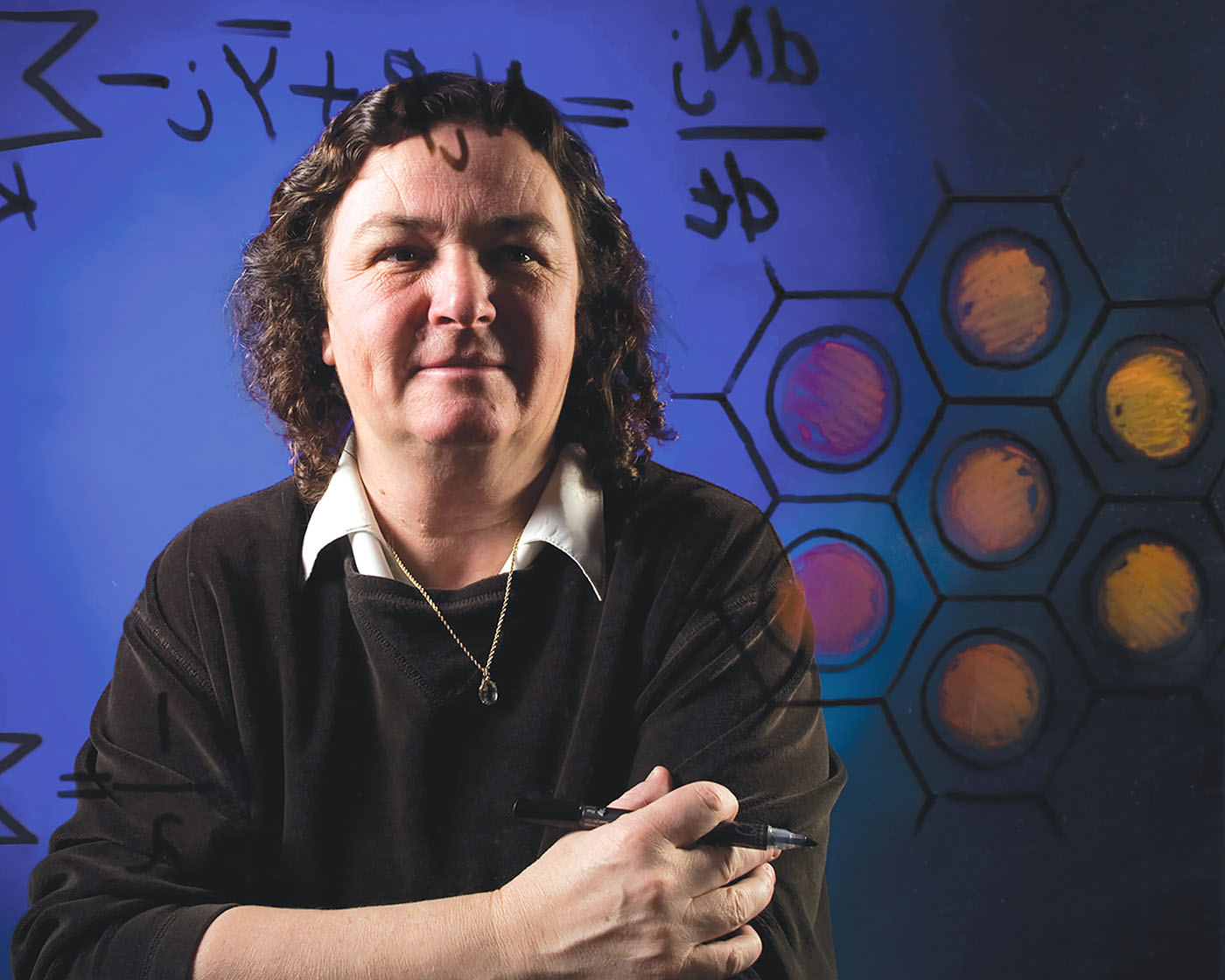 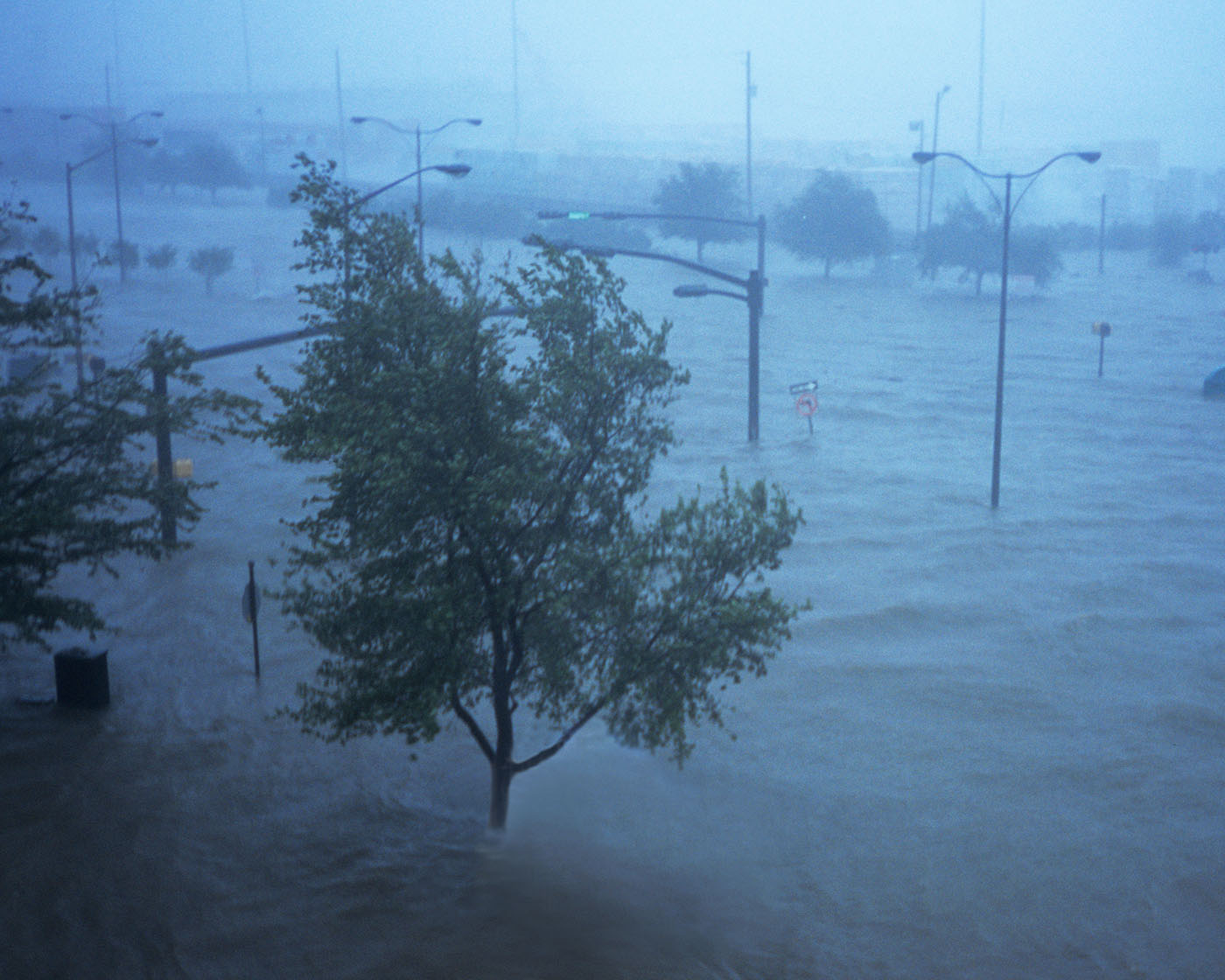 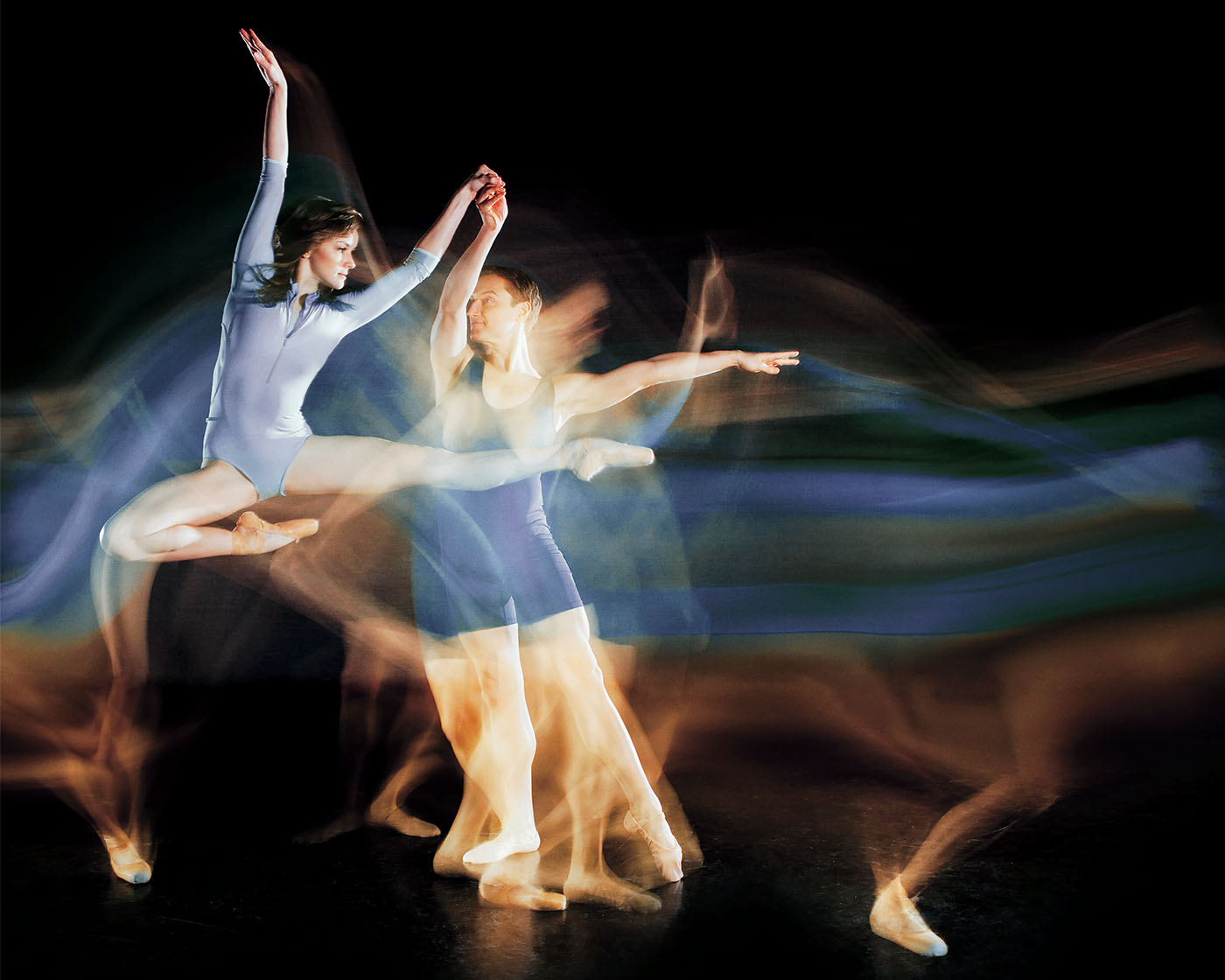 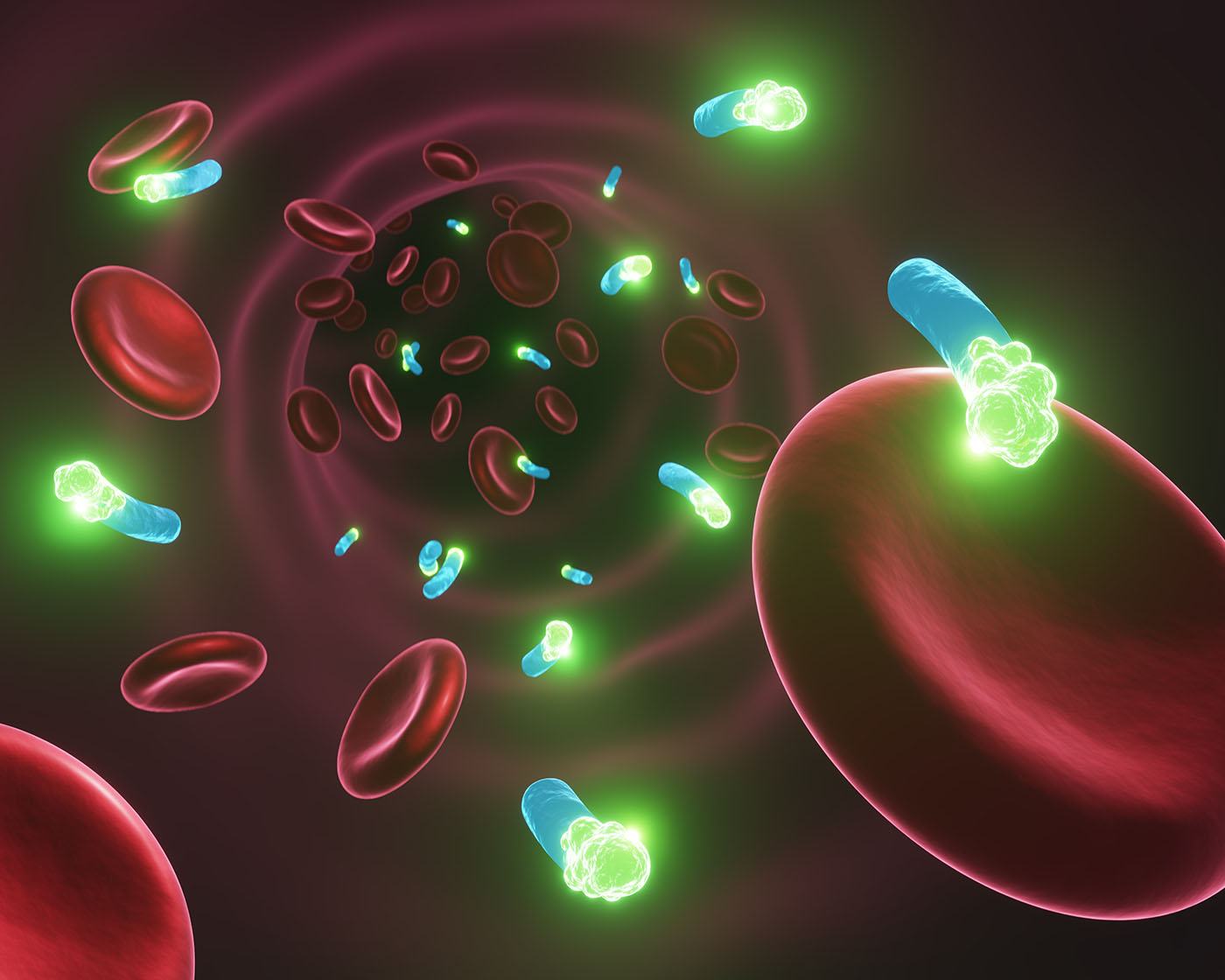 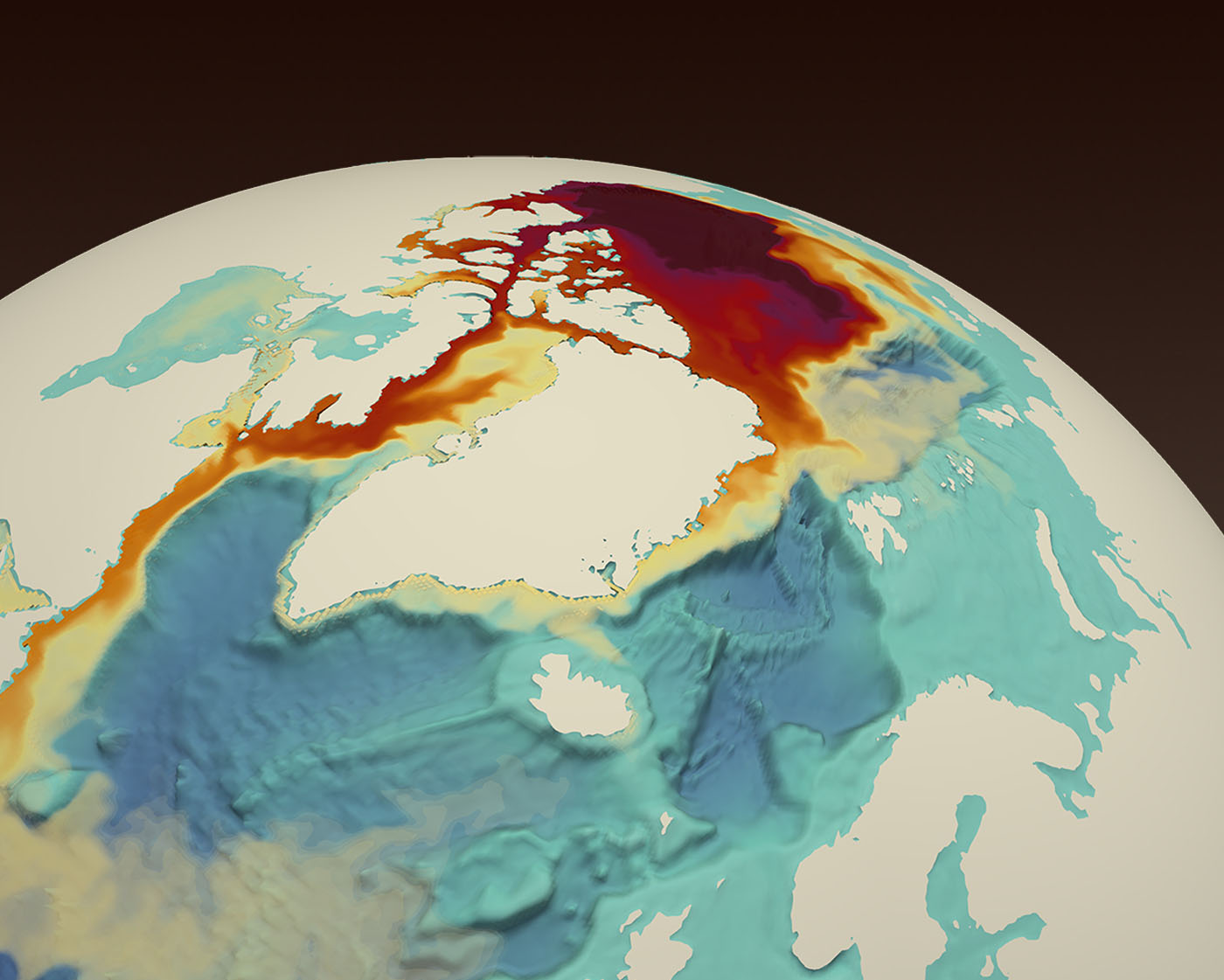