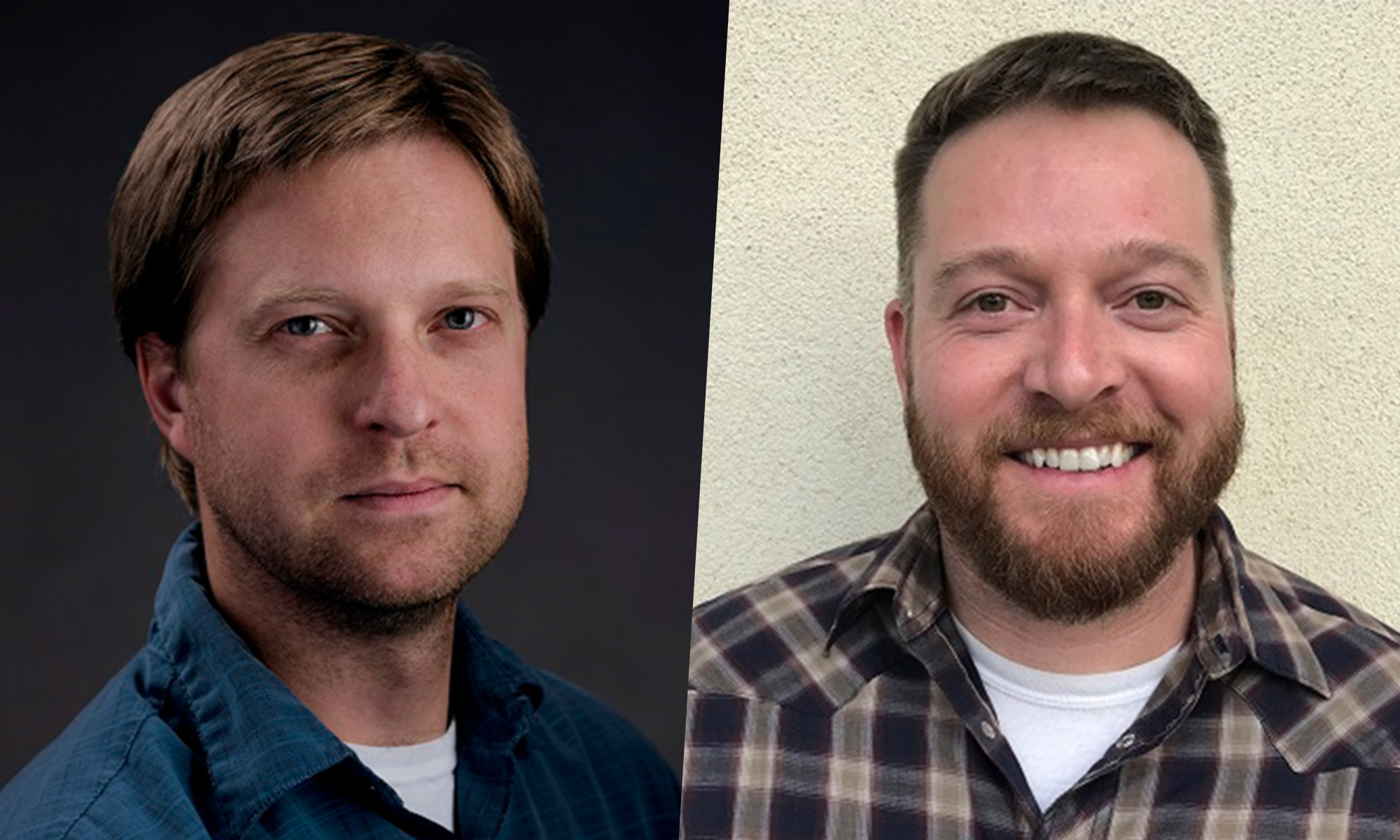 Los Alamos, N.M., June 7, 2021—Two Los Alamos scientists, Miles Beaux and Matt Durham, are among 83 scientists who will receive a total of $100 million through the Department of Energy’s Early Career Awards Program, which supports critical research at universities and national laboratories.

“This recognition from the Department of Energy reflects Miles’ and Matt’s dedication and commitment to vital scientific questions,” said Laboratory Director Thom Mason. “Los Alamos National Laboratory is proud of their accomplishments and looks forward to seeing what the future brings for them both.”

The DOE program supports exceptional scientists working in the agency’s priority research areas. For example, Beaux’s work has established plutonium capabilities for scanning probe microscopy that do not exist anywhere else, according to Kimberly DeFriend of the Laboratory’s Materials Science & Technology-7 Engineered Materials Division. “These capabilities contribute to the Lab’s larger mission by providing a means to seamlessly probe density of states of neptunium, plutonium, and americium. Beaux’s hypotheses attempt to explain the complexity and properties of actinide materials,” she said.

Durham’s work with the Pioneering High Energy Nuclear Interaction Experiment (PHENIX) has made him a key player in the DOE Office of Science’s Nuclear Physics Heavy Ion program. Now he leads the study of exotic tetra-quark particles in heavy ion collisions at the Large Hadron Collider (LHC).

“Through this work, Matt has been able to provide the first information about the binding energy of these recently discovered exotic particles, and therefore constrain what class of particle they are,” said Melynda Brooks, of the Laboratory’s P-3 Nuclear Particle Physics and Applications Division. “This original work will further explore the structure and formation mechanisms of the exotic particles by studying them in different collision systems at the LHC.”

“Winning this award is a great honor, and brings a sense of validation to the establishment of a scanning tunneling microscopy capability for plutonium research,” Beaux said. “By performing scanning tunneling spectroscopy on a range of bulk single crystal actinide intermetallic compounds, a seamless mapping of both the occupied and unoccupied electronic structures of these materials can be obtained using a local probe, providing a means by which their complex chemical and physical properties can be understood.”

Beaux joined the Laboratory in 2010. His expertise in applying photoemission spectroscopy techniques to actinide materials earned him a Seaborg Postdoctoral Fellowship. In 2012 Beaux served as chief technology officer for a startup company called MJ3 Industries, LLC. He returned to Los Alamos in 2014 and has authored or co-authored 10 scholarly publications.

“This is an incredible honor for me, and I’m excited to be able to pursue this research further,” said Durham, who joined the Laboratory in 2011. “Los Alamos has a unique research atmosphere where we can work on fundamental science questions and also solve important problems in the national interest, and these fields feedback and strengthen each other.”

At international heavy ion conferences, Durham represented the PHENIX and Large Hadron Collider beauty collaborations. He was the plenary speaker at the Hard Probes 2020 conference and has given invited talks at multiple other conferences and workshops, including the 2019 European Safeguards Research and Development Association Annual Meeting. Durham has authored or co-authored more than 300 papers that have accumulated over 10,000 citations.

About the Early Career Research Program

The Early Career awardees represent 41 universities and 11 DOE National Laboratories in 32 states. The DOE’s full list of 83 awardees, their institutions, and titles of research projects is at Early Career Research Program webpage.

“Maintaining our nation’s brain trust of world-class scientists and researchers is one of DOE’s top priorities—and that means we need to give them the resources they need to succeed early on in their careers,” said Secretary of Energy Jennifer M. Granholm. “These awardees show exceptional potential to help us tackle America’s toughest challenges and secure our economic competitiveness for decades to come.”