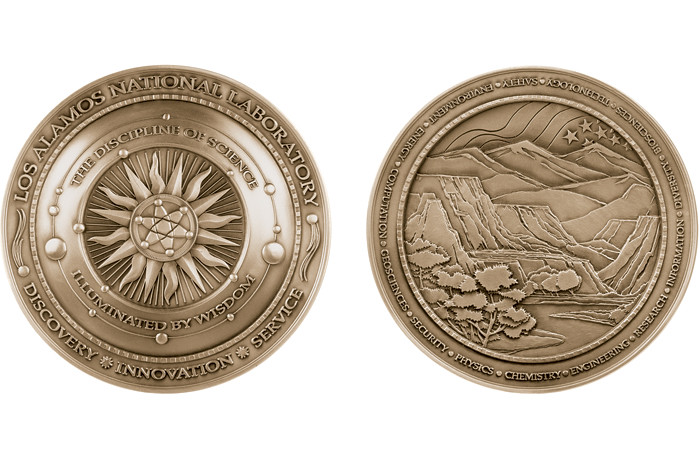 Los Alamos National Laboratory will award four former researchers with the Los Alamos Medal for their scientific contributions. Scott Cram, Larry Deaven, Robert Moyzis and Howard Menlove will receive the award, the highest honor bestowed by the Laboratory. The team of Cram, Deaven, and Moyzis are recognized for their work sequencing the human genome and Menlove for his work on methods and instruments used for treaty verification. The Laboratory will hold an award ceremony in early 2018 to honor the recipients.

“I am honored to recognize these gifted Los Alamos scientists for their contributions furthering our understanding of human biology and making our world a safer place,” said Los Alamos National Laboratory Director Charlie McMillan. “Over the course of their distinguished careers, these scientists continuously challenged themselves to push the boundaries of their respective technical fields—resulting in unprecedented accomplishments.”

With strong support from leaders in the international genome community, Los Alamos retirees Cram, Deaven and Moyzis will be honored for their unique contributions significant to the ultimate success of the sequencing of the human genome. All three researchers worked closely with Lawrence Livermore and Lawrence Berkeley national laboratories on the Human Genome Project. During the past two decades, their work led to other bioscience contributions to national security and has had a lasting impact on the Laboratory.

Over the span of 50 years, Menlove pioneered measurement techniques that have proven essential to preventing the spread of nuclear materials globally. The methods and instruments Menlove developed for measuring plutonium, uranium and other nuclear materials nondestructively are currently used around the world by the International Atomic Energy Agency, facility operators and regulators. Though retired, Menlove remains actively engaged in the fight against proliferation of nuclear materials as a Laboratory affiliate.

Although Cram, Deaven and Moyzis worked together as a team, the Laboratory will honor each with a separate medal, emphasizing their distinct contributions, which enabled significant progress in the Human Genome Project.

One Los Alamos scientist who will be recognized posthumously for his contributions is the late Walter Goad, a former Theoretical Division scientist, co-founder of the Theoretical Biology group and founder of the Los Alamos Sequence Database (GENBANK). Goad was crucial to the establishment and accomplishment of the Human Genome Project. The Laboratory will present a certificate to representatives of Goad’s family recognizing his significant contributions to the success of the Human Genome Project at Los Alamos and nationally.

Howard Menlove innovated and implemented a series of key sensors and instruments that are still the backbone of the international safeguards systems used by the IAEA to determine nations’ compliance with various treaties and agreements, including the Non-Proliferation Treaty. Menlove joined Los Alamos as the first member of a group created by Bob Keepin, the founder of the Nuclear Safeguards Research and Development Program at Los Alamos.

A top scientific leader in the safeguards of nuclear material, Menlove served as a key technical advisor to the U.S. government for several decades. He holds five patents from his research at Los Alamos and has transferred key technologies to industry.

A Laboratory Fellow, Menlove’s career contributions in the fields of safeguards and nonproliferation were also recognized by the Institute of Nuclear Materials Management in 2008 with a Distinguished Service Award and by the American Nuclear Society.