American Association for the Advancement of Science taps Garcia, Smilowitz with Fellowships 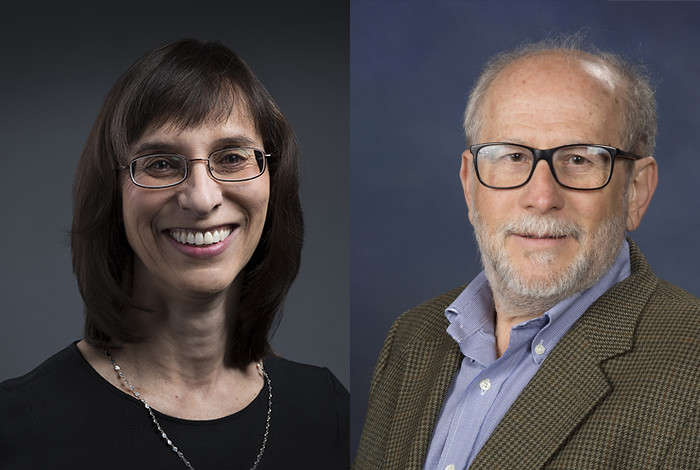 Laura Smilowitz and Angel E. Garcia have been named Fellows of the American Association for the Advancement of Science (AAAS).

Prominent researchers Angel E. Garcia and Laura Smilowitz of Los Alamos National Laboratory have been named Fellows of the American Association for the Advancement of Science (AAAS). Election as a Fellow of AAAS is an honor bestowed upon Association members by their peers.

“Recognition as a Fellow of AAAS is a distinct honor for our scientists, and it is particularly appropriate for the work done at a national laboratory such as Los Alamos, given the breadth of our technical contributions, and the impact we have on science, policy and society,” said Carol Burns, deputy associate director for Science, Technology and Engineering at Los Alamos.

This year 396 members have been awarded this honor by AAAS because of their scientifically or socially distinguished efforts to advance science or its applications. New Fellows will be presented with an official certificate and a gold and blue (representing science and engineering, respectively) rosette pin on Saturday, Feb. 17 at the AAAS Fellows Forum during the 2018 AAAS Annual Meeting in Austin, Tex.

As part of the AAAS Section on Physics, Angel E. Garcia was elected AAAS Fellow for distinguished contributions to computational and theoretical biological physics involving the structure and stability of biomolecules, especially protein folding, membranes, and amyloid formation. Garcia leads the Center for Nonlinear Studies at Los Alamos. Said Garcia, “The most important thing is that I enjoy doing science. I am honored and delighted to be recognized by my peers.”

As part of the AAAS Section on Chemistry, Laura Smilowitz was elected Fellow for advancing our understanding of thermal explosions through development and application of diagnostics to separate and illuminate the complex interacting mechanisms controlling the response. She is in the Physical Chemistry and Applied Spectroscopy group at Los Alamos.

“Our team has accomplished a lot and I am extremely proud of this,” Smilowitz said. “I am grateful for the recognition by the AAAS of these accomplishments and would like to acknowledge the work of my team and mentors in our joint achievements.”

The 2017 AAAS Fellows will be announced in the AAAS News & Notes section of the 24 November 2017 issue of the journal Science.

The tradition of AAAS Fellows began in 1874. Currently, members can be considered for the rank of Fellow if nominated by the steering groups of the Association’s 24 sections, or by any three Fellows who are current AAAS members (so long as two of the three sponsors are not affiliated with the nominee’s institution), or by the AAAS chief executive officer. Fellows must have been continuous members of AAAS for four years by the end of the calendar year in which they are elected.

The American Association for the Advancement of Science (AAAS) is the world’s largest general scientific society and publisher of the journal Science as well as Science Translational Medicine, Science Signaling, a digital, open-access journal, Science Advances, Science Immunology and Science Robotics. AAAS was founded in 1848 and includes nearly 250 affiliated societies and academies of science, serving 10 million individuals. Science has the largest paid circulation of any peer-reviewed general science journal in the world. The non-profit AAAS is open to all and fulfills its mission to “advance science and serve society” through initiatives in science policy, international programs, science education, public engagement, and more. For the latest research news, log onto EurekAlert!, the premier science-news Web site, a service of AAAS. See www.aaas.org.