Using science to understand the future of water 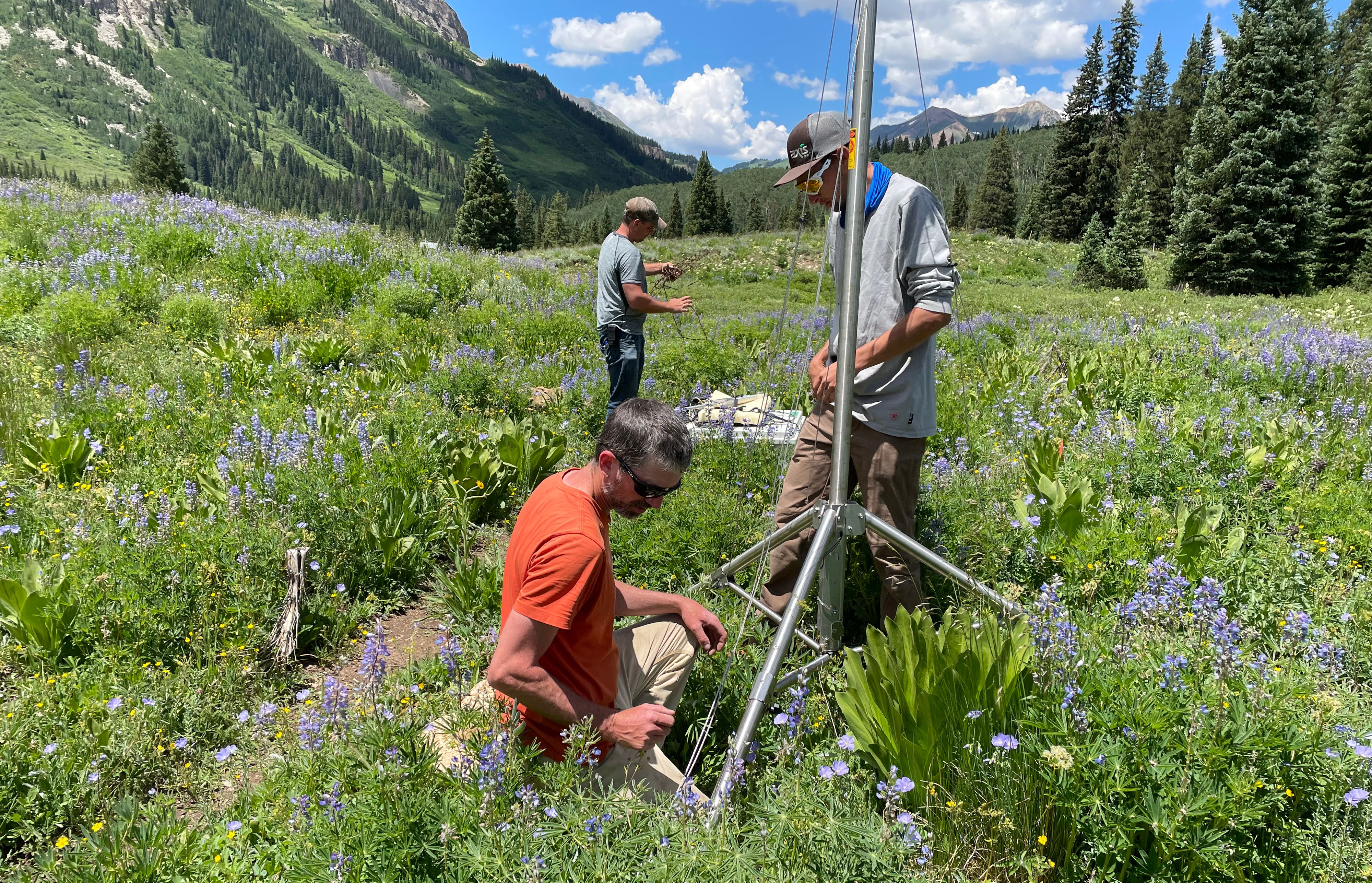 The ARM team sets up instruments in Crested Butte this summer to collect data to understand how climate is affecting snowpack and water availability.

The first autumn snows draw our eyes up to the high peaks in northern New Mexico every year. Some people simply enjoy the view. For others, that first dusting signals a good ski season to come. And a lot of New Mexicans hope it means we’ll have water in our streams, rivers and reservoirs next year. Lately, that has been less certain, thanks to climate change.

Throughout the Rocky Mountains and beyond, the high-country winter snowpack and the waters that flow from it are vital for healthy ecosystems, successful agriculture and a vibrant economy. With global climate change, scientists know that higher temperatures, and different rain and snow patterns will affect every downstream water-user. When streamflows are low, farmers struggle to irrigate across a vast region of the Southwest; cities face water shortages; hydroelectric power production is jeopardized; and recreational users, such as rafters, kayakers and paddleboarders, get short-changed in the water-sport season. A lack of fresh water from snowmelt can also decrease water quantity and quality in the reservoirs, making it dangerous for swimming.

We’re seeing those effects already. But we’re still in the dark about such crucial details as how soil moisture influences the amount of rainfall that actually reaches a river or how airborne dust changes the timing of the spring snowmelt runoff.

By capturing, storing and distributing rain, snow and runoff, mountain watersheds provide a majority of water resources worldwide. With help from scientists, policymakers rely on Earth-system models to predict the timing and availability of these resources and plan their use, but current models feature strong uncertainties about the water flowing into and out of these watersheds as precipitation, evaporation, runoff to streams and rivers, absorption in soil, uptake by plants, and storage in aquifers.

To settle these uncertainties, Los Alamos National Laboratory and its collaborators have launched a unique, large-scale research campaign, called the Surface Atmosphere Integrated Field Laboratory (SAIL), near Crested Butte, high in the Colorado Rockies. SAIL is a research campaign funded by the Department of Energy, managed by the DOE Office of Science Atmospheric Radiation Measurement (ARM) user facility and led by Lawrence Berkeley National Laboratory.