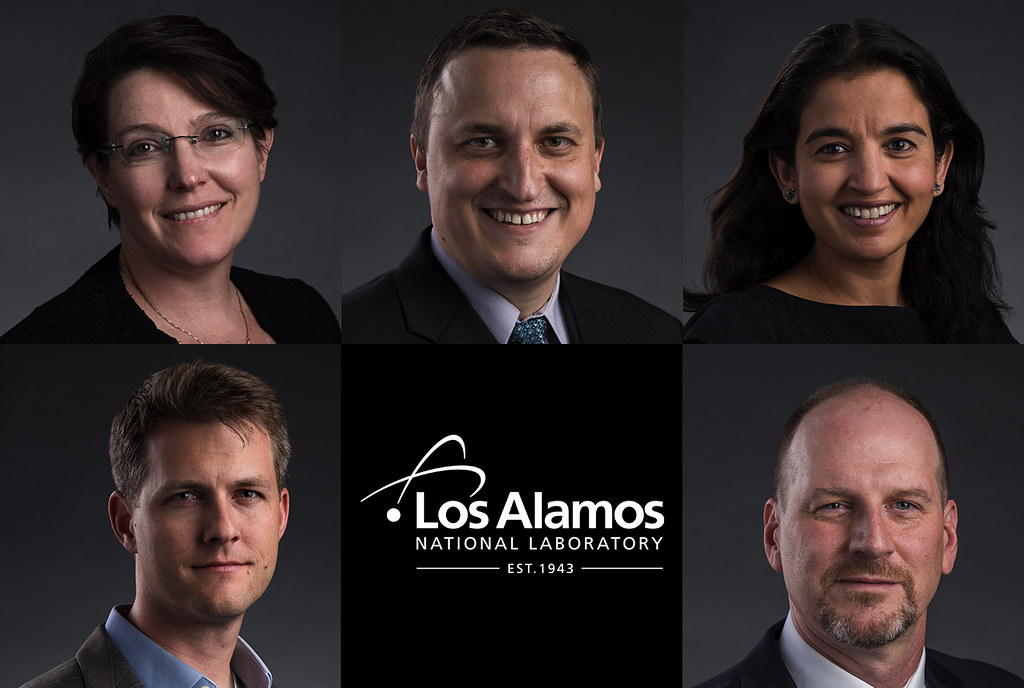 “These scientists demonstrate the breadth of scientific research and leadership supporting the Laboratory’s national security mission and benefiting society,” said Alan Bishop, principal associate director for Science, Technology and Engineering. “Their innovative scientific discoveries and leadership represent the highest level of excellence. I congratulate all of them on their achievements.”

The Fellows Research Prize for science or engineering commends individuals for outstanding research performed at the Laboratory and published within the last 10 years and that has had a significant impact on its discipline or program. The Fellows Leadership Prize commends individuals for outstanding scientific and engineering leadership at the Laboratory and recognizes the value of such leadership that stimulates the interest of talented young staff members in the development of new technology.

Brenda Dingus, who chaired the committee of Laboratory Fellows that selected the prize awardees this year, said, “These prize winners represent a broad diversity of impressive capabilities of which all Los Alamos employees should be proud.”

Eric Flynn, of the Space and Remote Sensing group at Los Alamos, invented imaging/high-frequency acoustic wavenumber spectroscopy for structural health assessment. This measures surface and subsurface defects 30 times faster than current technology. This system will significantly advance the way that nondestructive testing is performed on a wide variety of aerospace, civil and mechanical infrastructures. He also wrote the innovative software analysis for this tool. Flynn has won an Early Career Award and multiple R&D 100 awards.

Harshini Mukundan, of the Lab’s Nuclear and Radiochemistry group, made critical breakthroughs in optical detection techniques of diseases such as tuberculosis, allowing rapid detection in the field, and discovered an entirely new class of diagnostic molecules that led to chemical recognition of various biomarkers. She has numerous awards and patents, and her work is involved in diverse applications including E. coli, breast cancer, traumatic brain injury and biosurveillance.

Nikolai Sinitsyn, of Los Alamos’ Physics of Condensed Matter and Complex Systems group, works on a wide range of problems including the smart electrical grid, biochemical reactions and spin noise spectroscopy; he experiments to find new problems. He has authored more than 100 peer-reviewed papers with more than 3,700 citations and made a major discovery that illustrates fundamental limitations in quantum computing.

Brian Albright, of Los Alamos’ Primary Physics and Design Group, led a team to make substantial progress in understanding the physics of nuclear weapons, which required going back to basics and rethinking the accepted paradigm. He developed metrics for weapons measurements, which point to the direction of future subcritical experiments. Albright is the winner of numerous awards, including the 2016 Distinguished Performance Award. He has authored more than 200 publications with more than 4,500 citations.

Tess Light is the chief scientist for the Lab’s Space Nuclear Detonation Detection program, leading strategic and tactical planning. She serves as the Electromagnetic Pulse phenomenology chief scientist and was recognized as national authority for EMP nuclear detonation signatures. Light has codified the Laboratory’s integrity of analysis and interpretation of EMP signatures and established Los Alamos leadership within the U.S. Nuclear Detonation Detection System, making the Laboratory the EMP center of excellence for the system.