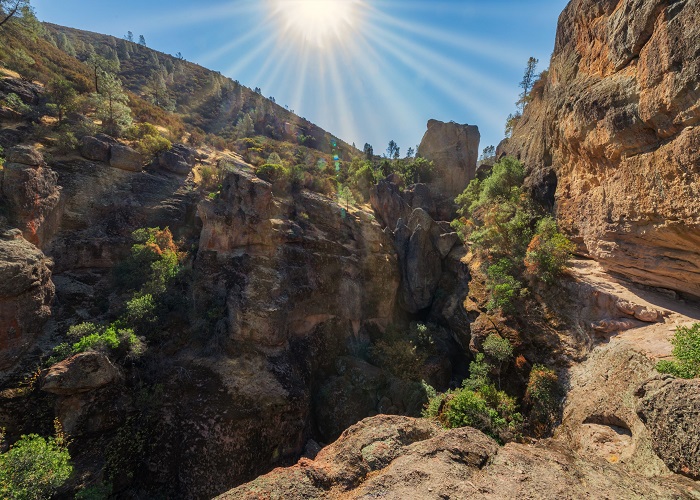 LOS ALAMOS, N.M., Oct. 11, 2021–Recent research into the way cracks in the earth’s crust open and close along the San Andreas Fault has yielded a new way of studying earthquake behavior that bridges an important gap between laboratory experiments and earth observations, demonstrating a new way to study upper crustal behavior.

“The amount of this softening or stiffening tells us something about the material damage along the San Andreas Fault and may also tell us something about the earthquake cycle,” said Andrew Delorey, a scientist at Los Alamos National Laboratory. “The work opens the possibility for field studies of material behavior that have previously been studied only in laboratory research.”

Delorey led the team of researchers who used 17 years of seismic data to determine patterns in the rocks’ responses to tidal forces. They measured the velocity of seismic waves and the stiffness of fractured rock.

“We have ideas as to why we think this happens, but it’s not well understood what it means physically,” said Delorey, adding that unlike previous predictions or smaller studies, this research demonstrates a new way to study upper crustal behavior.

Additionally, they found that seismic velocities were different, at the same strain level, depending on whether strain was extending or compressing. Very close to the fault, seismic velocities were higher when strain was extending, while the opposite was true away from the fault. The scientists detected nonlinear elastic behavior along the San Andreas Fault and constrained key features in the stress-strain and strain-modulus relationships similar to laboratory methods using a pump-probe analysis.

By measuring nonlinear elasticity in this way, they bridged a crucial gap between laboratory and earth experiments. This approach opens up the possibility for detecting behavior associated with stress, pore pressure, permeability, and material failure in the earth in a manner already performed in the laboratory.

This study is crucial to a much longer investigation whose goal is to understand the current stress conditions on a fault, or in a fluid reservoir, Delorey said.

Funding: Department of Energy, Office of Science, Office of Basic Energy Sciences, Chemical Sciences, Geosciences, and Biosciences Division Grant, the Department of Meteorology and Geophysics at the University of Vienna, which hosted a scientist during this study.