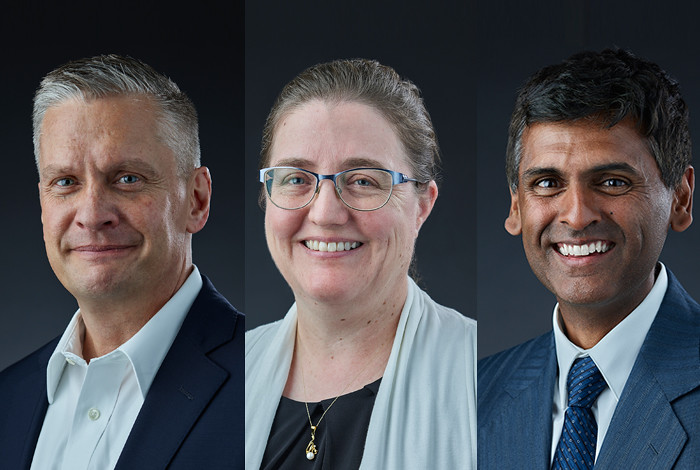 The Fellows Prizes for Research commend individuals for outstanding research performed at the Laboratory that has been published within the last 10 years and that has had a significant impact on their discipline or program. The Fellows Prize for Leadership commends individuals for outstanding scientific and engineering leadership at the Laboratory and recognizes the value of such leadership that stimulates the interest of talented young staff members in the development of new technology.

John is the project manager of the Isotope Production and Distribution program in the Chemistry Division Office (C-DO). He oversaw major infrastructure upgrades on site including an accelerator improvement project. As program manager, he led a six-fold increase in production of the medical isotope strontium 82, allowing 30,000 cardiac patients to receive monthly treatments. Under his watch, a new actinium 225 project for targeted alpha therapy is being developed for cancer treatment. He has led Tri-Lab efforts that initiated new science and engineering concepts and raised significant support funding from a variety of agencies. He works successfully with many external collaborators  and mentors the students of collaborators at Los Alamos. Thanks to his efforts and those of his collaborators, Los Alamos is now a flagship isotope production and R&D center worldwide.

Reichhardt was noted for her model of long-term aging behavior of stockpile materials and computational models to understand the role of defects, dislocations and interfaces in matter, and the role that phase transitions play in non-equilibrium systems. She is a member of the Physics and Chemistry of Materials group (T-1) of the Theoretical division, and she has had a large impact in support of the Laboratory’s stockpile stewardship mission during the past 10 years. Reichhardt is an author of 215 peer reviewed papers, with 5,900 citations and H index 40 (35 Web of Science). She is a Fellow of the American Physical Society and recipient of many other awards. Her peers noted that her broad scientific impact as well as positive and unselfish mentoring of younger colleagues preserves the future of scientific endeavors at Los Alamos and elsewhere.

Viswanathan’s work has led to understanding and manipulating fracture creation and fluid flow in subsurface geosystems, helping enable the nation’s hydraulic fracturing shale gas energy revolution. A researcher in the Computational Earth Science group (EES-16) group of the Earth and Environmental Sciences division, he has 97 publications on subsurface flow and mechanics in the last decade and more than 65 papers on hydraulic fracturing in the last five years. Viswanathan was named a Fellow of the Geological Society of America in 2017. His nomination notes that he is an intellectual leader and team builder in subsurface science and has effectively showcased Los Alamos research to the international community. Two key capabilities that resulted from his work are dfnWorks and HOSS, which simulate fractured subsurface systems using supercomputing. HOSS was a 2016 R&D 100 finalist and dfnWorks an R&D 100 winner in 2017.