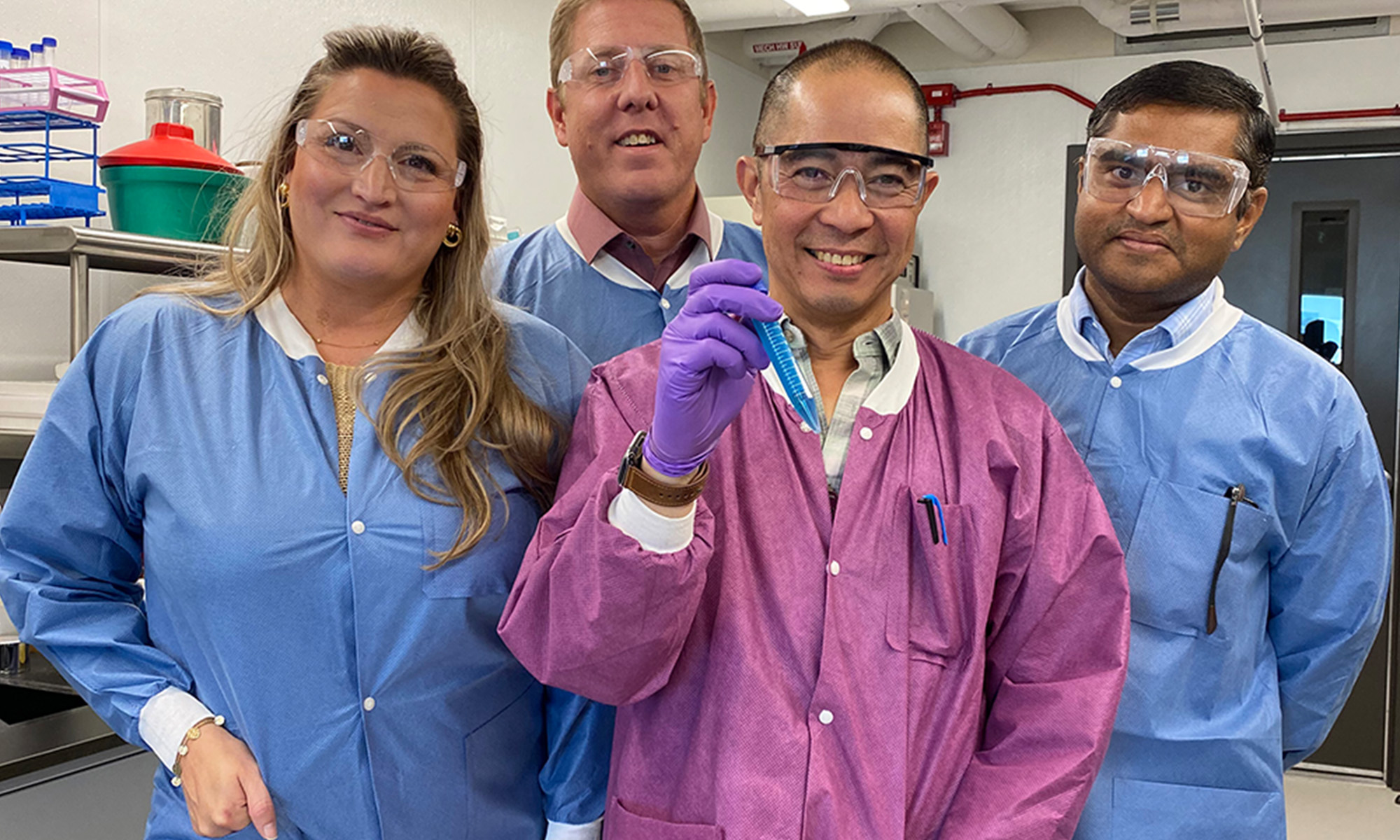 A mission on board the Space X Crew 5 rocket is aimed at helping explain how the human gut’s microbiome changes while astronauts are in space. The goal is to better prepare humans to stay healthy during space travel. The experiment, launched into space Oct. 5 after a hurricane delay, is the second of its kind in a study of how microgravity affects the human microbiome. The study is a partnership of Los Alamos National Laboratory with Rhodium Scientific and sponsored by the Defense Threat Reduction Agency and International Space Station National Laboratory (ISSNL). Rhodium Scientific is a woman-owned biotechnology company with a strategic partnership agreement with Los Alamos to facilitate science missions in space.

“The results of our first experiment showed that some bacteria thrived and grew more in microgravity conditions, while others were depleted,” explained Los Alamos biologist Armand Dichosa. “Further, our preliminary evidence suggests that some of the bacteria that thrived are potentially pathogenic and others are potentially beneficial.”

In the first launch with Rhodium Scientific, sent to the International Space Station in March 2020, about two dozen samples of bacteria isolated from healthy human fecal donors were allowed to grow during their time in space. At the same cultivation times as on the ISS, control samples of the identical bacteria were grown at Los Alamos. Upon their return to Earth, the team sequenced the genomes of both the space-traveling microbes and the ground control batch.  Comparative analysis revealed both their potential functions, as well as evidence suggesting that some of the space-traveled bacteria were unknown and unidentified. These bacteria were not contaminants from the journey, but rather species that were always present in the human gut but only “showed themselves” by successfully growing in the microgravity environment.

For the second experiment, the plan is to send a second round of samples from the same original donor material as the first launch, using the same Rhodium Scientific flight hardware and pre-flight procedures, including Rhodium’s Quality, Industry Compatible (QuIC) Space Process™. The QuIC Space process adds industry-standard quality assurances to life science missions. Prior to launch, Dichosa and colleague Anand Kumar will encapsulate the bacteria in gel microdroplets—one bacterial cell per droplet—to facilitate isolation of the bacterial species that thrive. By isolating the cells in microdroplets, the scientists are able to sequence the genomes of the microbes that grow the most in microgravity.

“Bacteria require signals from their communities to grow and the gel microdroplets allow the cells to continue to receive signals while growing in separate droplets,” said Dichosa. “While in space, one cell might multiply to become thousands, and then we can use a flow cytometer to find the droplets that contain thousands of clonal cells and sequence them to find out which species they are.”

These studies stand to help scientists help astronauts. Pinpointing any pathogenic bacteria that might emerge when people are in space allows scientists to identify potential appropriate therapeutics. Furthermore, if some beneficial bacteria thrive, these too could be used to promote astronaut health and well-being. Finally, these sequence data will contribute to studies about why some bacteria grow better in space than on Earth. It will be interesting to determine whether they are affected by the microgravity environment or perhaps the stress of the adventure.