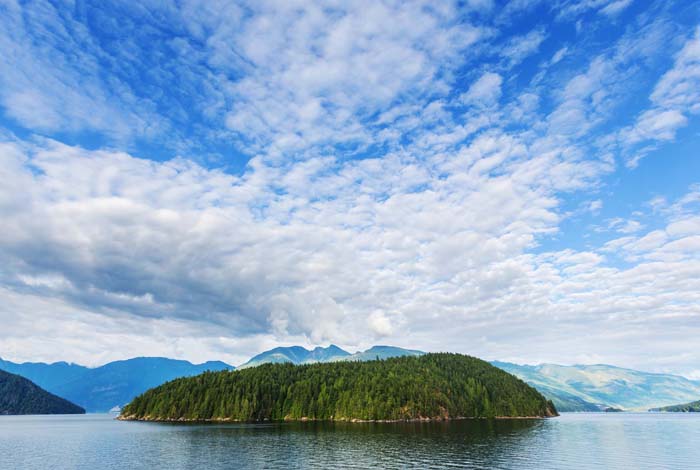 Using a machine learning model and historical data from the Cascadia region in the Pacific Northwest, computational geophysicists at Los Alamos National Laboratory have unearthed distinct statistical features marking the formative stage of slow-slip ruptures in the earth’s crust months before tremor or GPS data detected a slip in the tectonic plates. Credit: Shutterstock

LOS ALAMOS, N.M., Aug. 18, 2020—Combing through historical seismic data, researchers using a machine learning model have unearthed distinct statistical features marking the formative stage of slow-slip ruptures in the earth’s crust months before tremor or GPS data detected a slip in the tectonic plates. Given the similarity between slow-slip events and classic earthquakes, these distinct signatures may help geophysicists understand the timing of the devastating faster quakes as well.

“The machine learning model found that, close to the end of the slow slip cycle, a snapshot of the data is imprinted with fundamental information regarding the upcoming failure of the system,” said Claudia Hulbert, a computational geophysicist at ENS and the Los Alamos National Laboratory and lead author of the study, published today in Nature Communications. “Our results suggest that slow-slip rupture may well be predictable, and because slow slip events have a lot in common with earthquakes, slow-slip events may provide an easier way to study the fundamental physics of earth rupture.”

Slow-slip events are earthquakes that gently rattle the ground for days, months, or even years, do not radiate large-amplitude seismic waves, and often go unnoticed by the average person. The classic quakes most people are familiar with rupture the ground in minutes. In a given area they also happen less frequently, making the bigger quakes harder to study with the data-hungry machine learning techniques.

The team looked at continuous seismic waves covering the period 2009 to 2018 from the Pacific Northwest Seismic Network, which tracks earth movements in the Cascadia region. In this subduction zone, during a slow slip event, the North American plate lurches southwesterly over the Juan de Fuca plate approximately every 14 months. The data set lent itself well to the supervised-machine learning approach developed in laboratory earthquake experiments by the Los Alamos team collaborators and used for this study.

The team computed a number of statistical features linked to signal energy in low-amplitude signals, frequency bands their previous work identified as the most informative about the behavior of the geologic system. The most important feature for predicting slow slip in the Cascadia data is seismic power, which corresponds to seismic energy, in particular frequency bands associated to slow slip events. According to the paper, slow slip often begins with an exponential acceleration on the fault, a force so small it eludes detection by seismic sensors.

“For most events, we can see the signatures of impending rupture from weeks to months before the rupture,” Hulbert said. “They are similar enough from one event cycle to the next so that a model trained on past data can recognize the signatures in data from several years later. But it’s still an open question whether this holds over long periods of time.”

The research team’s hypothesis about the signal indicating the formation of a slow-slip event aligns with other recent work by Los Alamos and others detecting small-amplitude foreshocks in California. That work found that foreshocks can be observed in average two weeks before most earthquakes of magnitude greater than 4.

Hulbert and her collaborators’ supervised machine learning algorithms train on the seismic features calculated from the first half of the seismic data and attempts to find the best model that maps these features to the time remaining before the next slow slip event. Then they apply it to the second half of data, which it hasn’t seen.

The algorithms are transparent, meaning the team can see which features the machine learning uses to predict when the fault would slip. It also allows the researchers to compare these features with those that were most important in laboratory experiments to estimate failure times. These algorithms can be probed to identify which statistical features of the data are important in the model predictions, and why.

“By identifying the important statistical features, we can compare the findings to those from laboratory experiments, which gives us a window into the underlying physics,” Hulbert said. “Given the similarities between the statistical features in the data from Cascadia and from laboratory experiments, there appear to be commonalities across the frictional physics underlying slow slip rupture and nucleation. The same causes may scale from the small laboratory system to the vast scale of the Cascadia subduction zone.”

The Los Alamos seismology team, led by Paul Johnson, has published several papers in the past few years pioneering the use of machine learning to unpack the physics underlying earthquakes in laboratory experiments and real-world seismic data.

Funding: The project was funded by the joint research laboratory effort in the framework of the CEA-ENS Yves Rocard LRC (France), Institutional Support (LDRD) at Los Alamos, the European Research Council (ERC) under the European Union’s Horizon 2020 research and innovation program (Geo-4D project), and the U.S. Department of Energy Office of Science.