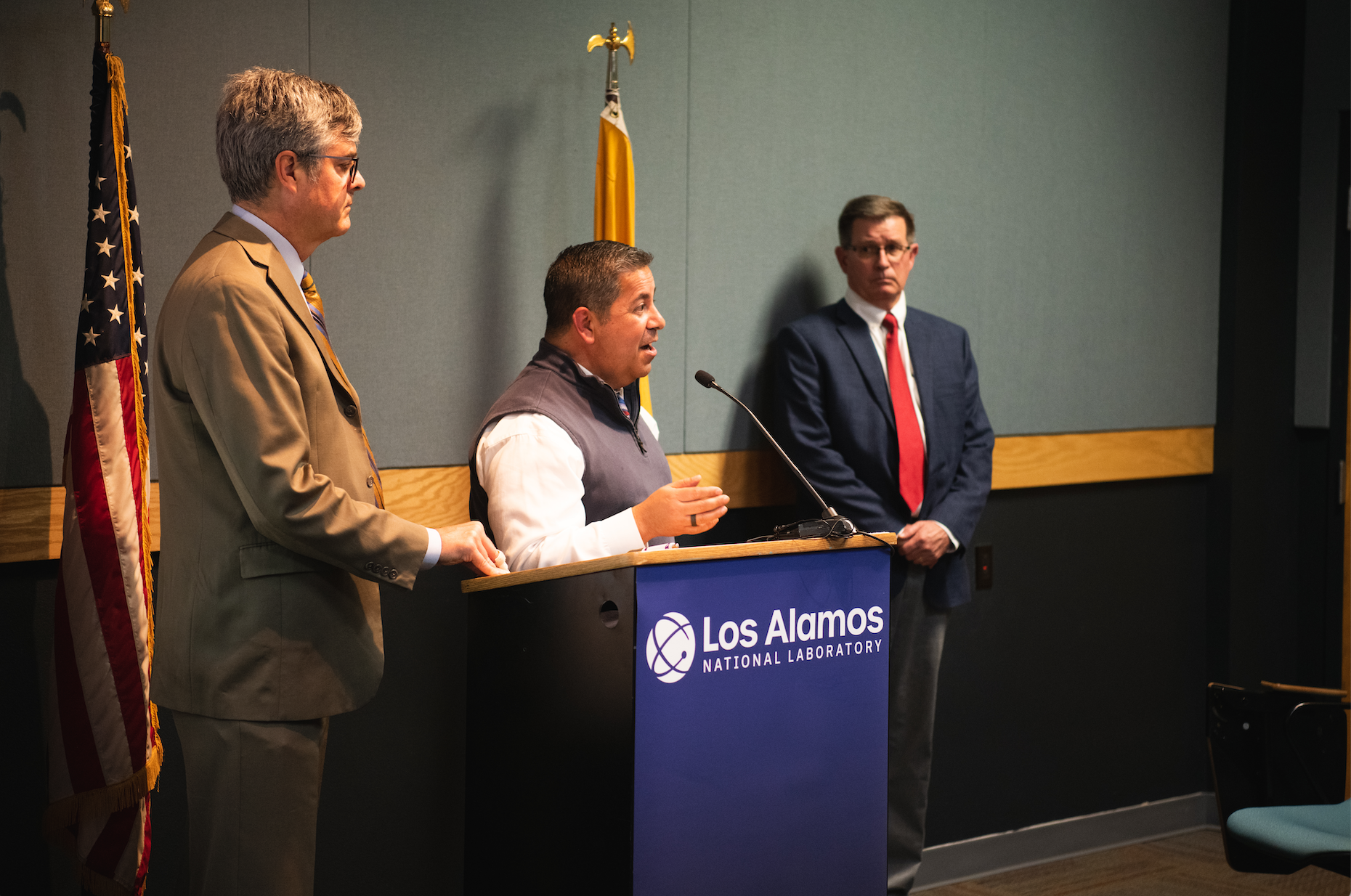 In a press conference Aug. 12 at Los Alamos National Laboratory, the directors of Los Alamos and Sandia National Labs joined Sen. Ben Ray Luján to talk about the CHIPS and Science Act, which was signed into law on Aug. 9, and how it will benefit New Mexico’s national laboratories.

The funds will be used to help fund improvements to infrastructure used for basic science research, as well as the research itself, such as climate change, sustainable energy, quantum computing, biomedical research and other critical areas of science and technology.

“This bill will enable additional breakthrough research in quantum computing, hydrogen, carbon capture and storage, sustainable fuels and nanotechnology, among other areas,” said Los Alamos National Laboratory Director Thom Mason. “It will also help fund improvements to the Laboratory’s infrastructure used for the basic sciences. I am very grateful for the strong leadership of Sen. Luján and the rest of the congressional delegation in final composition of the legislation.”

Mason added that this work is critical for national security. “The preeminence of U.S. science and technology is part of our deterrent,” he said.

At Los Alamos, facilities that might benefit from infrastructure funding include the linear accelerator, which produces critical medical isotopes that are used to treat tens of thousands of patients each year, and the Center for Integrated Nanotechnologies, which is a joint nanoscience research facility with Sandia National Labs that has a footprint in both Los Alamos and Albuquerque, and can contribute to microelectronics needs.

“It was an honor to join Los Alamos Director Mason and Sandia Director Peery Aug. 12 to highlight the recently passed CHIPS and Science Act, a transformative law that will reinvigorate our nation’s scientific manufacturing, research, and development,” said Senator Luján. “In negotiating this bill, I knew that Los Alamos and Sandia would continue to be scientific leaders in our country, but only if Congress continued to invest in their success. I am confident that New Mexico’s laboratories will continue to lead our nation with this new funding, and write the next scientific chapter in our nation’s history books.”

“CHIPS is good for our country, good for New Mexico and good for our national labs,” said Sandia National Laboratories Director James Peery. “It will fund advances in microelectronics and groundbreaking initiatives in energy and science. These investments in semiconductor R&D, labs infrastructure and technology transfer will keep America at the forefront of innovation.”

The exact dollar amount that will be awarded to Los Alamos and Sandia is not yet known. Both national laboratories will need to compete with other laboratories across the country for funding.