Kiplinger is the recipient of the 2017 Violet Diller Professional Excellence Award given triennially by Iota Sigma Pi (the National Honor Society of Women in Chemistry). 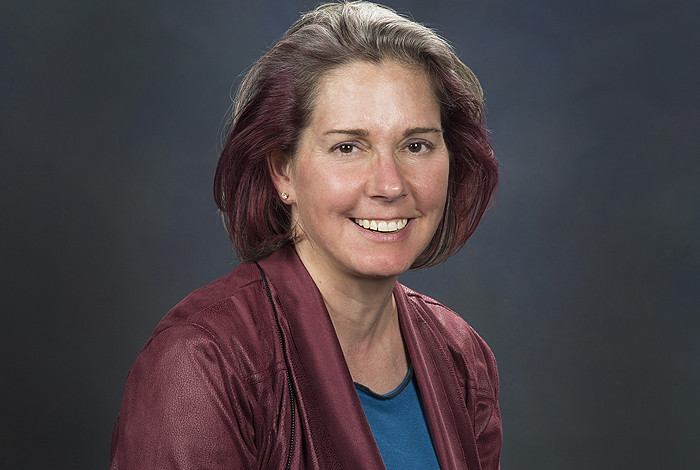 Jaqueline Kiplinger, Los Alamos National Laboratory Fellow within the Inorganic, Isotope and Actinide Chemistry Group, is the recipient of the 2017 Violet Diller Professional Excellence Award given triennially by Iota Sigma Pi (the National Honor Society of Women in Chemistry). The award recognizes contributions to chemistry that have had widespread significance to the scientific community or society on a national level.

“As a pioneer in uranium and thorium chemistry, her research has significantly expanded the understanding of actinide and lanthanide chemical bonding and reactivity. Her work provides scientific underpinning that supports the Laboratory’s national security mission, advances the fundamental understanding of actinide chemistry and promotes the development of postdoctoral fellows at a critical time in their careers,” he said.

Kiplinger will present a summary of her work and receive her award during a ceremony at the July 2017 Iota Sigma Pi national convention. Iota Sigma Pi was founded in 1902 and serves to promote the advancement of women in chemistry by granting recognition to women who have demonstrated superior scholastic achievement and high professional competence by election into Iota Sigma Pi.

Kiplinger is an internationally recognized leader in f-element chemistry, the study of lanthanides and actinides.  Kiplinger came to Los Alamos as the first Frederick Reines Postdoctoral Fellow in 1999. She is a Fellow of the American Association for the Advancement of Science, the Royal Society of Chemistry and the American Institute of Chemists. The breadth and depth of her accomplishments are reflected by her peer -reviewed publications, granted patents, invitations to contribute to prestigious monographs and review articles, and plenary lectures delivered at international conferences in the field.

Her scientific achievements have been recognized by a Los Alamos Fellows Prize for Research, two R&D 100 Awards, three mentoring awards, and several Los Alamos/NNSA Best-in-Class Pollution Prevention Awards. In 2015, Kiplinger was selected as the first woman to receive the F. Albert Cotton Award in Synthetic Inorganic Chemistry from the American Chemical Society. She is also the first scientist at the Laboratory to have been honored with two national-level ACS awards, the first being the 1998 Nobel Laureate Signature Award in Chemistry.  Earlier this year, she was also the recipient of the 2017 International Union of Pure and Applied Chemistry (IUPAC) Distinguished Women in Chemistry award.