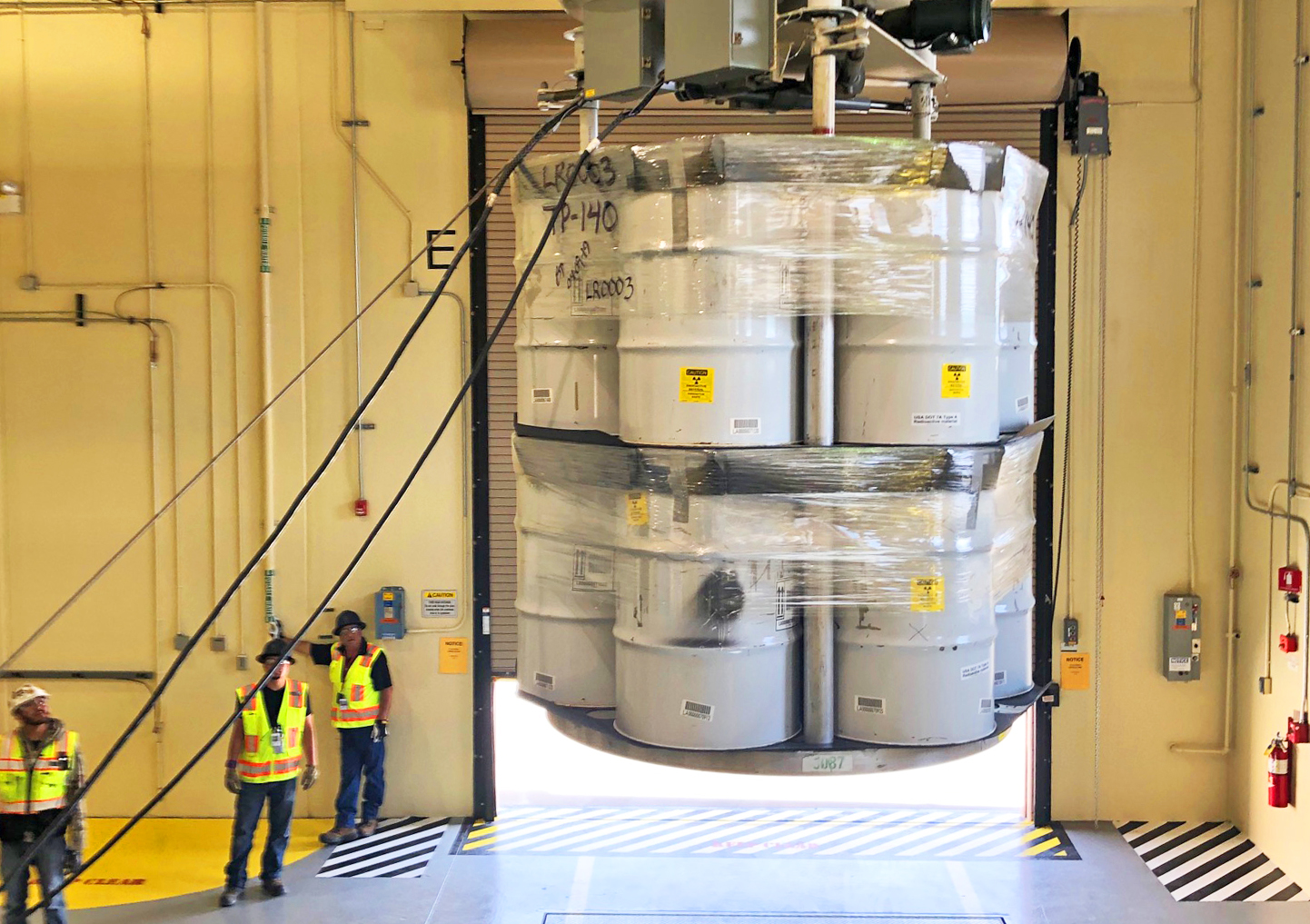 Transuranic waste barrels are loaded for transport to WIPP, the first TRU waste loading operations in five years at the Laboratory's RANT facility.

"The reopening of RANT and resumption of waste shipments to WIPP puts Los Alamos in a stronger position to fulfill its national security mission," said Laboratory Director Thom Mason. "As the Laboratory works to meet the Nation's future plutonium manufacturing and science goals a robust and continuous waste disposition program is more important than ever."

Los Alamos is currently the largest producer of TRU waste in the nuclear security enterprise. As plutonium manufacturing increases so will the amount of TRU waste generated. Successful operations at the Laboratory and at WIPP will be crucial to meeting these goals.

The RANT facility serves as an indoor TRU waste loading capability for the Laboratory. TRU waste shipments to WIPP were last loaded out of RANT in May of 2014 after questions arose centered on the facility's ability to withstand a large earthquake event.

In the spring of 2018 a new low Material At Risk (MAR) operational strategy was developed that insured the MAR stayed below a threshold where seismic would be a concern. That strategy was developed into a new Documented Safety Analysis, approved by the National Nuclear Security Administration and implemented by the Laboratory in December of 2018.

"Getting the RANT facility back in service and successfully moving TRU waste to WIPP will add to our operational and safety margins and provide a better level of efficiency as we continue to improve our waste operations," said Kelly Beierschmitt, Deputy Laboratory Director for Operations.

The facility demonstrated readiness in January and February of 2019 and received startup authorization on February 28. The indoor loading capability provided by RANT increases the Laboratory’s TRU waste shipping capacity to support de-inventory of the backlog of TRU waste at TA-55.

Prior to the re-opening of RANT shipments of TRU waste to WIPP were loaded in an outdoor area at TA-55, severely limiting operations due to weather and loading equipment factors.