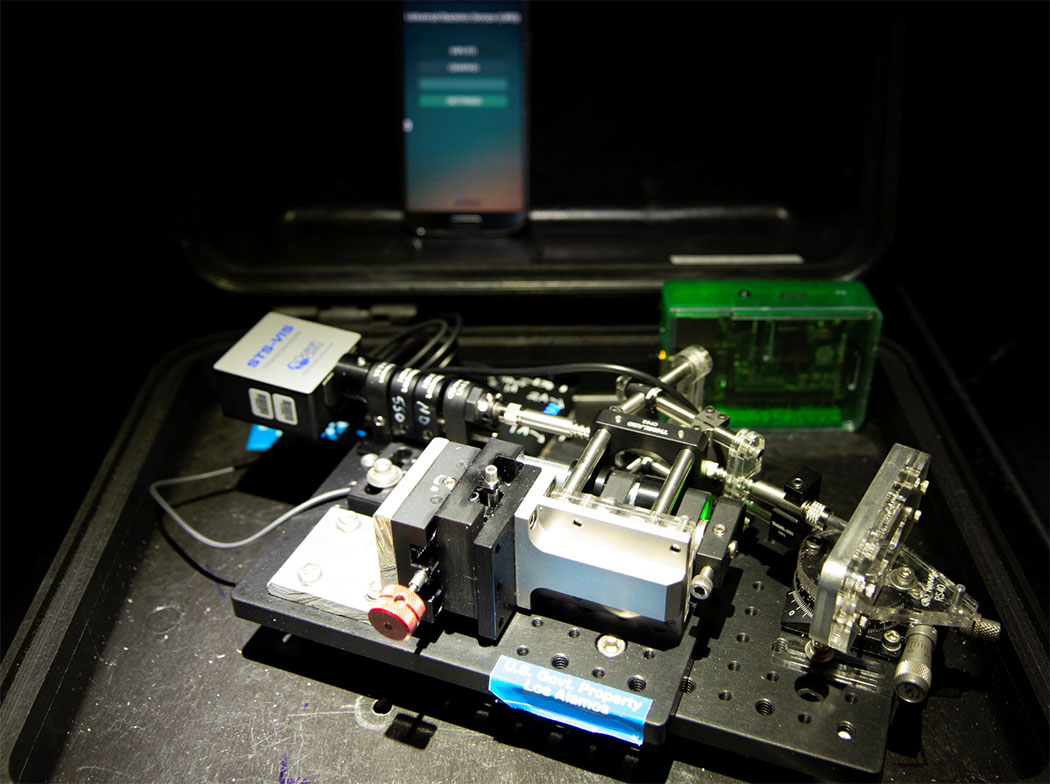 “We have consistently shown that the use of the waveguide platform offers at least 10 times greater sensitivity than conventional plate-based ELISA (enzyme-linked immunosorbent assay),” said researcher Harshini Mukundan, “which provides an advantage when it comes to sensitive detection of pathogen antigens in complex clinical samples.”

LOS ALAMOS, N.M., April 7, 2021—Work at Los Alamos National Laboratory, in conjunction with its research partners, provides valuable new insights into the diagnosis of tuberculosis (TB) using blood tests. A paper in the journal PLOS ONE today demonstrates the role that host-pathogen interactions play in detecting key biomarkers in blood, facilitating the diagnosis of disseminated or sub-clinical TB disease.

“We described two tailored assay strategies for the direct detection of a particular biomarker by taking advantage of its association with fat-carrying lipoproteins in our body,” said Harshini Mukundan, lead scientist on the project. “Our findings highlight the role that host-pathogen interactions play during TB disease and the need to account for these interactions in the design of diagnostic assays. Our findings also raise the intriguing possibility that measurement of the biomarker lipoarabinomannan (LAM) in serum might allow for the diagnosis of disseminated or subclinical TB, which are especially challenging to identify today.”

TB is the leading cause of global mortality associated with a single infectious disease, and is estimated to afflict 10 million people worldwide, with approximately 1.3 million deaths each year. The World Health Organization has identified the need for a non-sputum diagnostic test for TB, particularly for extrapulmonary TB and pulmonary TB associated with low bacterial presence in airways, as can occur in young children and in individuals with HIV co-infection, the researchers note.

For this study, the researchers used existing stored specimens that previously had been obtained from participants in Uganda. That diagnostic accuracy study enrolled HIV-positive adults suspected of having active TB based on the presence of cough, fever, night sweats, or weight loss.

The LAM biomarker the team explored is an amphiphilic lipoglycan component of the Mycobacterium tuberculosis (MTB) cell wall that has been shown to modulate innate immunity.

The team used two tailored amphiphile detection assays – membrane insertion and lipoprotein capture – on a waveguide-based biosensor platform developed at the Los Alamos National Laboratory. “We have consistently shown that the use of the waveguide platform offers at least 10 times greater sensitivity than conventional plate-based ELISA (enzyme-linked immunosorbent assay),” said Mukundan, “which provides an advantage when it comes to sensitive detection of pathogen antigens in complex clinical samples.”