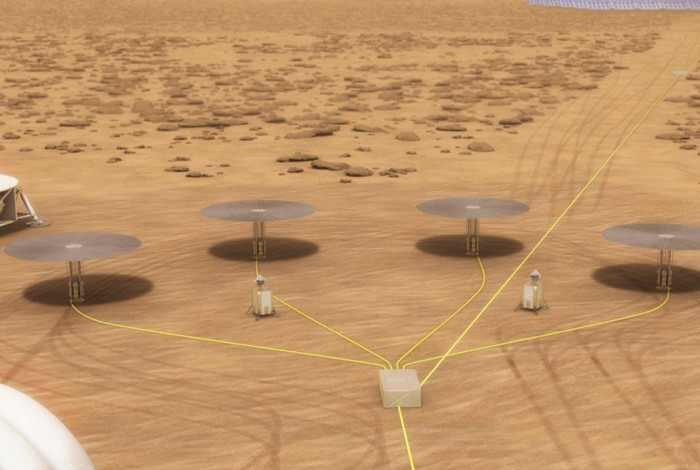 "When we imagine sending humans to live on Mars, the moon or other planets in the not-so-distant future, a key question is: what kind of power source is small yet potent enough to reliably power an extraterrestrial habitat, and also make fuel for the trip home?" McClure said.

The project, known as Kilopower, is being developed in conjunction with NASA. In the talk, Los Alamos project lead McClure and chief reactor designer Poston will address the design and testing of the reactor, and its possible use for a range of applications in space exploration.

McClure and Poston talk about the challenges solved by the project in a recent video posted to the Laboratory's YouTube channel.

All Frontiers in Science presentations begin at 7 p.m. and are free of charge. The talks are:

Sponsored by the Fellows of Los Alamos National Laboratory, the Frontiers in Science lecture series is intended to increase local public awareness of the diversity of science and engineering research at the Laboratory.