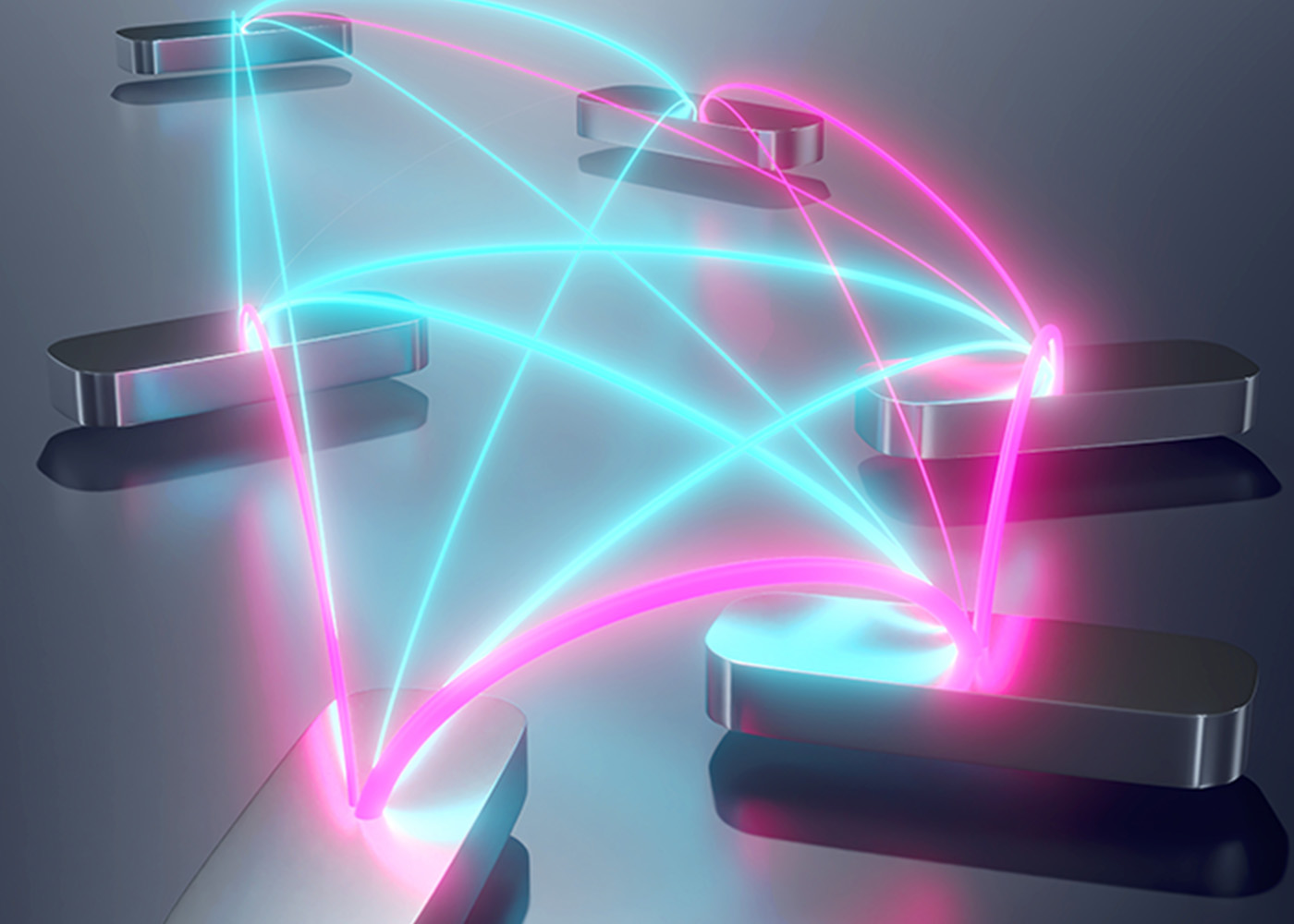 At the intersection of engineered materials and computation, spin-glass systems comprise a disordered system of nanomagnets arising from random interactions and competition between two types of magnetic order in the material. Credit: Jenna Maria Rantala, Aalto University

New research artificially creating a rare form of matter known as spin glass could spark a new paradigm in artificial intelligence by allowing algorithms to be directly printed as physical hardware. The unusual properties of spin glass enable a form of AI that can recognize objects from partial images much like the brain does and show promise for low-power computing, among other intriguing capabilities.

“Our work accomplished the first experimental realization of an artificial spin glass consisting of nanomagnets arranged to replicate a neural network,” said Michael Saccone, a post-doctoral researcher in theoretical physics at Los Alamos National Laboratory and lead author of the new paper in Nature Physics. “Our paper lays the groundwork we need to use these physical systems practically.”

Spin glasses are a way to think about material structure mathematically. Being free, for the first time, to tweak the interaction within these systems using electron-beam lithography makes it possible to represent a variety of computing problems in spin-glass networks, Saccone said.

At the intersection of engineered materials and computation, spin-glass systems are a type of disordered system of nanomagnets arising from random interactions and competition between two types of magnetic order in the material. They exhibit “frustration,” meaning that they don’t settle into a uniformly ordered configuration when their temperature drops, and they possess distinct thermodynamic and dynamic traits that can be harnessed for computing applications.

The research team combined theoretical and experimental work to fabricate and observe the artificial spin glass as a proof-of-principle Hopfield neural network, which mathematically models associative memory to guide the disorder of the artificial spin systems.

Spin glass and Hopfield networks have developed symbiotically, one field feeding off the other. Associative memory, whether in a Hopfield network or other forms of neural networks, links two or more memory patterns related to an object. If just one memory is triggered—for instance, by receiving a partial image of a face as input—then the network can recall the complete face. Unlike more traditional algorithms, associative memory does not require a perfectly identical scenario to identify a memory.

The memories of these networks correspond to ground states of a spin system and are less disturbed by noise than other neural networks.

The research by Saccone and the team confirmed that the material was a spin glass, evidence that will allow them to describe the properties of the system and how it processes information. AI algorithms developed in spin glass would be “messier” than traditional algorithms, Saccone said, but also more flexible for some AI applications.