When Bob’s team started the project of clearing drums out of the PF-4 basement, there were 1,800 drums inside. Now, there are less than 500 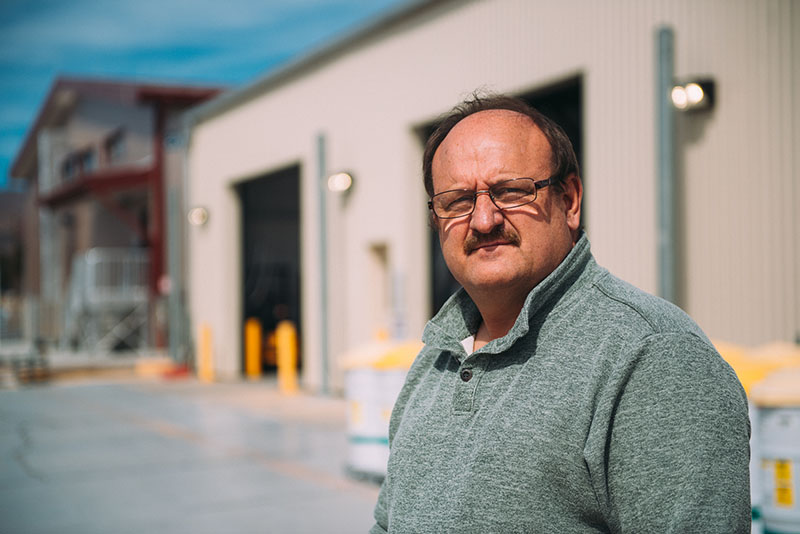 It’s no coincidence that Bob Geyer leads a team that goes by the acronym of MVP — move, validate and prepare — more commonly recognized as “most valuable player.”

Bob and the MVP team manage waste drums after they’ve been packaged. Their job is to constantly work a puzzle of drums and locations based on the contents of the drums, where they came from and where they’re headed. All the while, they’re ensuring there’s enough floor space in the Plutonium Facility for the waste materials that come out of daily production operations.

Like many employees here at the Lab, Bob didn’t expect his career would lead him to managing waste in the nation’s premier Plutonium Facility. Originally from Idaho, as a young adult Bob joined the U.S. Navy and worked as an aviation structural mechanic for helicopters for four years. His next job, though, would be a completely different path — owning a tree service.

“My uncle owned a tree service in Salt Lake City, so I learned the ropes from him,” Bob says. “When we moved to Los Alamos for my wife’s job, starting my own tree service just made sense.”

His wife, Leslie Geyer, started at the Lab 31 years ago in a role in computer security, and is now a project manager in the recently formed Associate Laboratory Directorate for Plutonium Infrastructure (ALDPI). When they came to Los Alamos for Leslie’s job, Bob founded his tree service. He ran it for about five years before deciding he was ready to move on from roping himself up into tall trees every day.

Bob applied for a job in security at the Lab, started as a security guard in 1999, but in just two years he switched gears. He got on-the-job training as a radiological control technician in TA-55, which offered betters hours for his time at home with his family.

A few position changes later, Bob would become an experienced member of TA-55’s transuranic waste mission, working in the Nuclear Process & Infrastructure (NPI) Division. His current role is first line manager of the MVP team, which is 12 employees strong and growing.

“MVP is unique because we do many of the same processes that the Transuranic Waste Facility and the Radioassay and Nondestructive Testing Facility were built for, but we do it right at TA-55 without the drums having to leave the area,” Bob says.

Teamwork is the name of the game

Some of the drums that Bob’s team works with are special cases — drums that need to move straight out of PF-4 onto transport for the Waste Isolation Pilot Plant (WIPP) in Carlsbad — whereas the majority of PF-4’s drums go through several other steps and locations in the Pajarito Corridor before heading to WIPP. This unique approach to waste movement means Bob’s team has to be on the ready at all times, flexible and working together to move the drums out so as not to create a backlog in the valuable space of PF-4.

Daniel Darby is a radiological control technician who supports Bob’s team. He says that Bob goes above and beyond to use all the members of his team and those supporting them. Even for new staff who don’t have their security clearances yet, Bob makes sure everyone has something to do and feels a part of the crew.

“Bob is truly a good supervisor,” Daniel says. “He seems to meet his milestones with ease while being effective and caring at the same time. His team is happy to work for him because of the relationship he has with them. The whole team feels directed, cohesive and valuable.”

Credit where credit is due

Those milestones that Bob meets with ease have been major successes in support of the Lab’s plutonium mission in the last few years. When he started managing the MVP team and sorting drums in the basement of PF-4, the rooms were packed with drums that had been there for years. If they weren’t moved out, and fast, the drums and the waste in them would continue to create obstacles for the key national security missions in PF-4.

He had to make a plan, and one that would keep everyone working safely, both when it comes to moving waste but also amidst COVID-19 concerns.

“At the beginning of the pandemic, we were one of the teams that kept our foot on the gas pedal the whole time,” Bob says. “A lot of our work takes place outside, so we were able to keep at it while working safely.”

When Bob’s team started the project of clearing drums out of the PF-4 basement, there were 1,800 drums inside. Now, there are less than 500.

“All the credit goes to the members of the team, the drivers, the shippers and our phenomenal management,” Bob says. “All I do is make sure we have what we need, and be there to support them.”

Bob’s management though, disagrees, saying he deserves much more credit than he gives himself. Nestor Trujillo, the group leader for NPI-7 Hazardous Materials Management, says that Bob’s leadership has been a game-changer for the project.

“Bob came in and tackled a huge obstacle, and brought our drum inventory to the lowest I’ve seen it in my 27 years here,” Nestor explained. “But his approach goes beyond the work just in NPI. He encompasses the mindset that everything we do is about the larger mission, and exemplifies that with a balance of humility and directness that’s really unique. He’s like a nuclear reaction that’s controlled at a stable state; he approaches his leadership with the perfect amount of energy, without burning out or going critical.”

Bob says he’s incredibly grateful to a number of mentors like Nestor Trujillo who have supported him along the way, including his former Group Leader Keith Lacy), Liz Ronquillo, Deputy Division Leader Pete Carson and David Wannigman, plus a plethora of others he’s had the privilege of working alongside and learning from.

From waste drums to wrestling

When Bob’s not mapping out drum movement and leading his team at TA-55, you might find him in Los Alamos coaching sports. Ever since his three boys were young, he loved volunteer coaching for their teams, and now find himself as the varsity head coach for the Los Alamos High School Hilltoppers wrestling team.

He’s coached in the community for 14 years, and says that, while it may not seem to have similarities to his job at the Lab, it’s taught him a lot about management and teamwork.

“Coaching has really taught me how to deal with problems, how to communicate with all types of people and to support people if they’re struggling. Some of the issues that come up on our team aren’t dissimilar from what comes up at work. The topic may be different, but the way to handle it is often the same.

“You’ve got to lay out what your expectations are, hold people accountable, but let them go through their own process to reach their end goal. Be forthcoming with the people around you, and they’ll be forthcoming with you.”

Whatever the challenge may be — a big wrestling match, clearing specialty waste drums or ensuring his team is cohesive and working together, Bob knows that it all comes down to teamwork.

“I want everyone engaged so they’re a part of the team. No one is siloed,” Bob says. “We succeed as a team and we fail as a team. If that’s not the case, I’m not doing my job as a manager.” 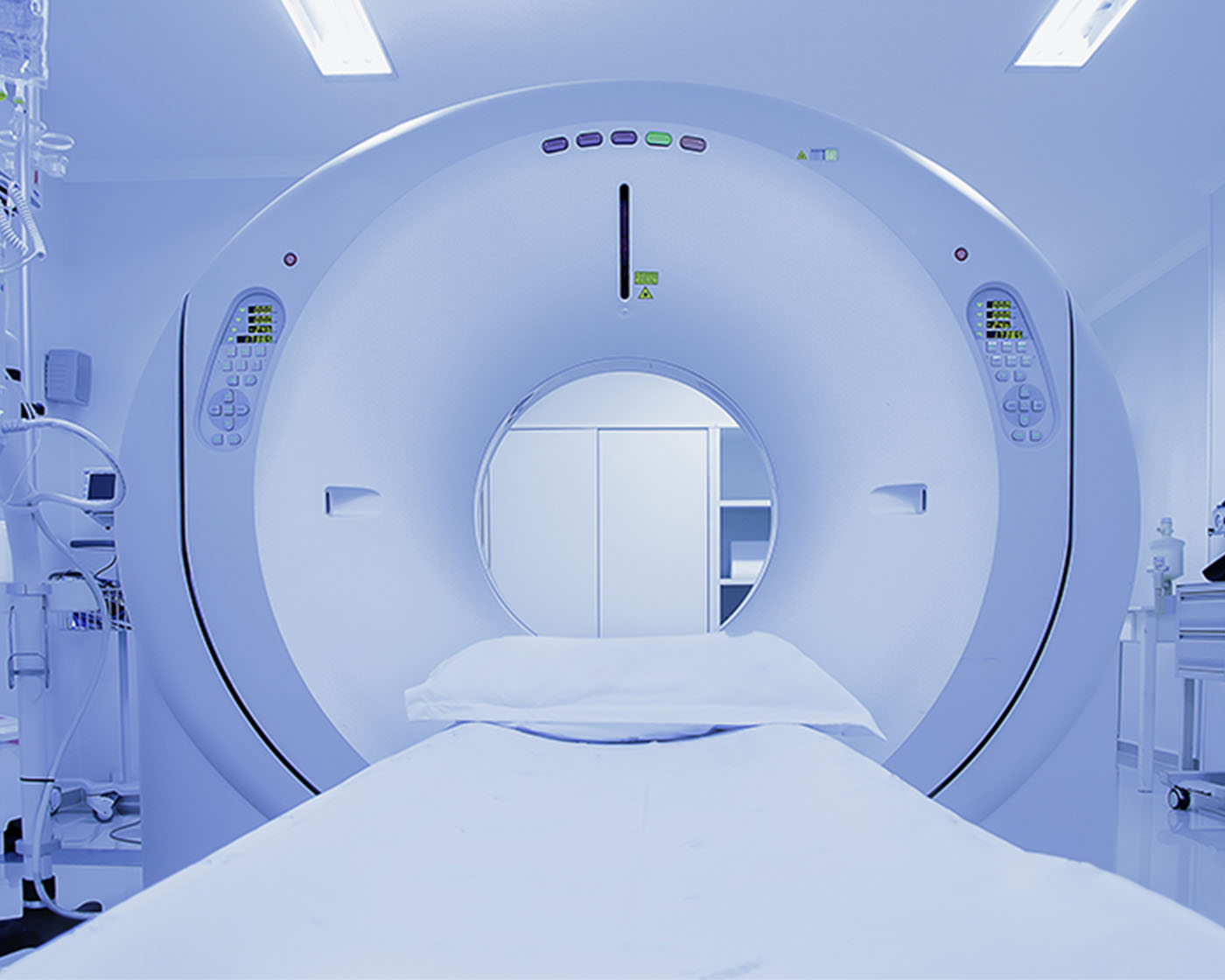 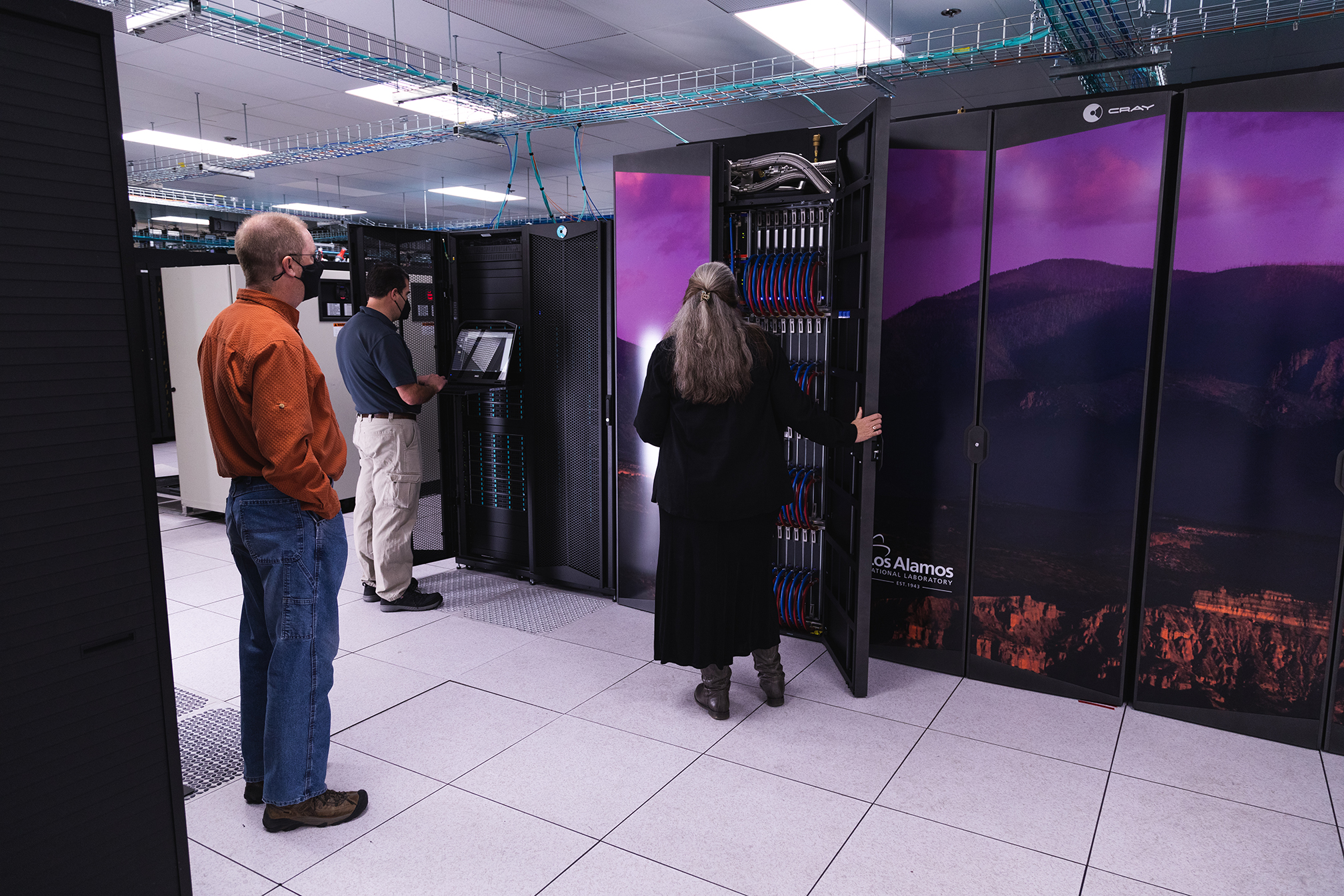 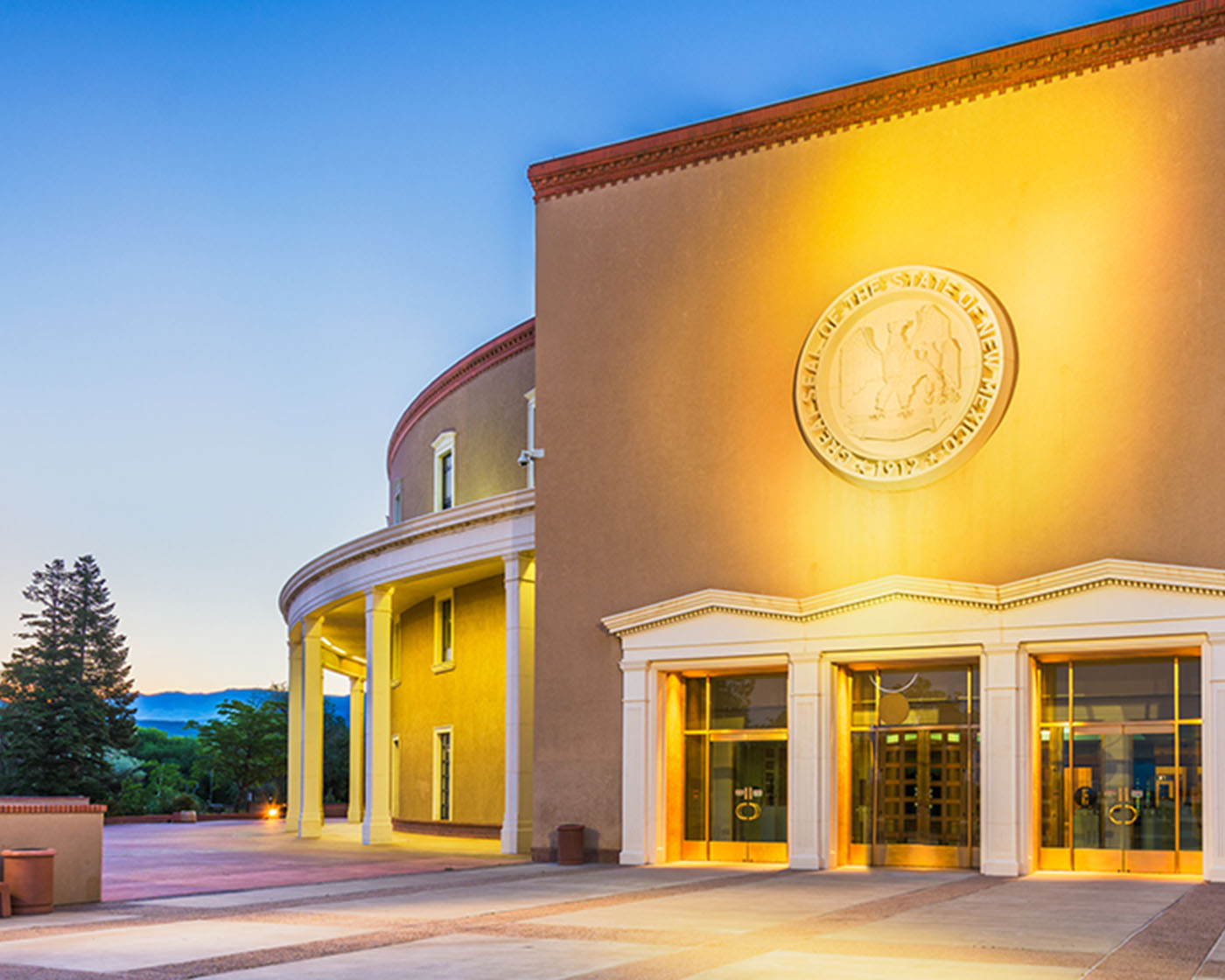 Read Moreabout the article: New Mexico Senate recognizes more than 100 Laboratory COVID-19 researchers for contributions to the state and nation 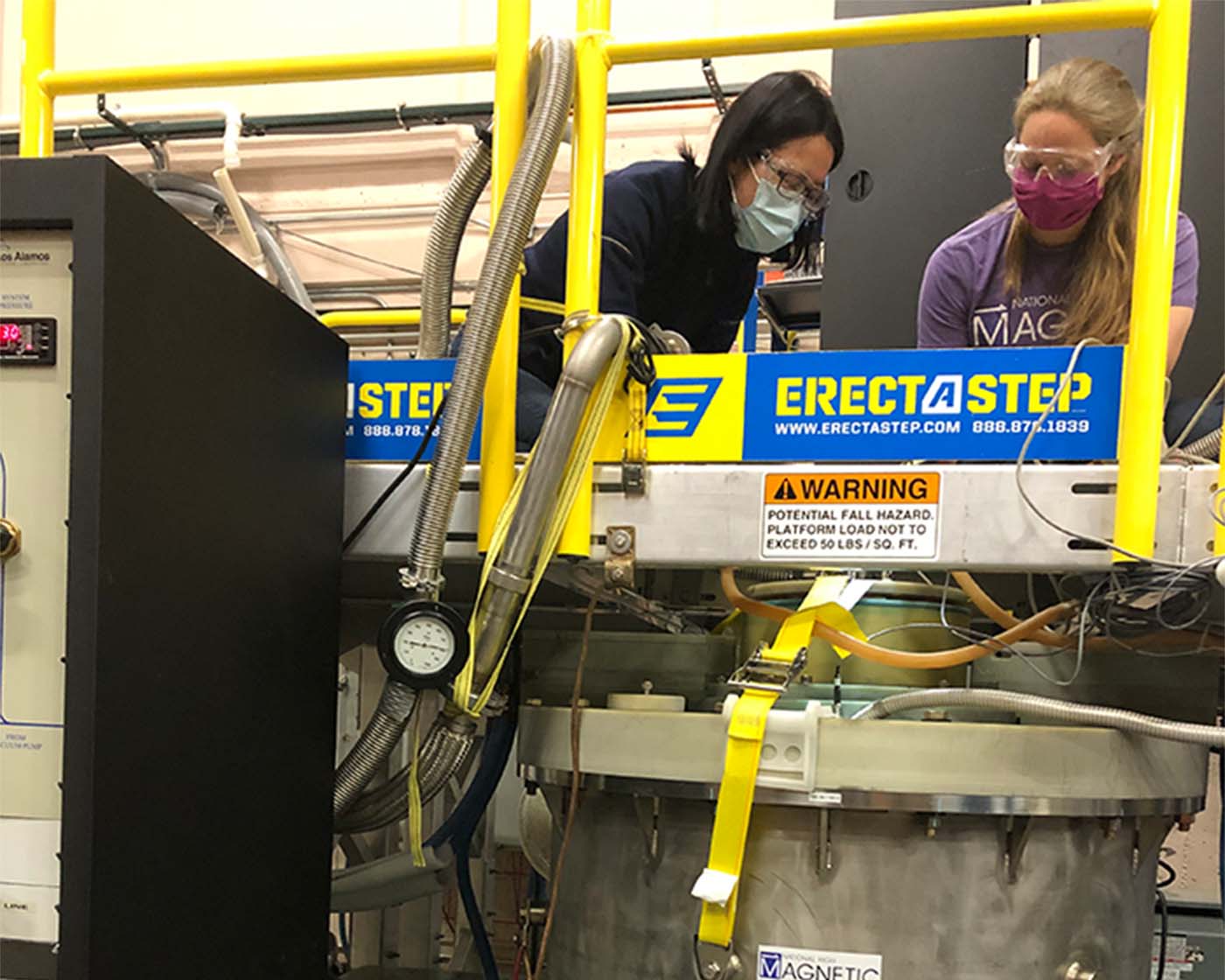 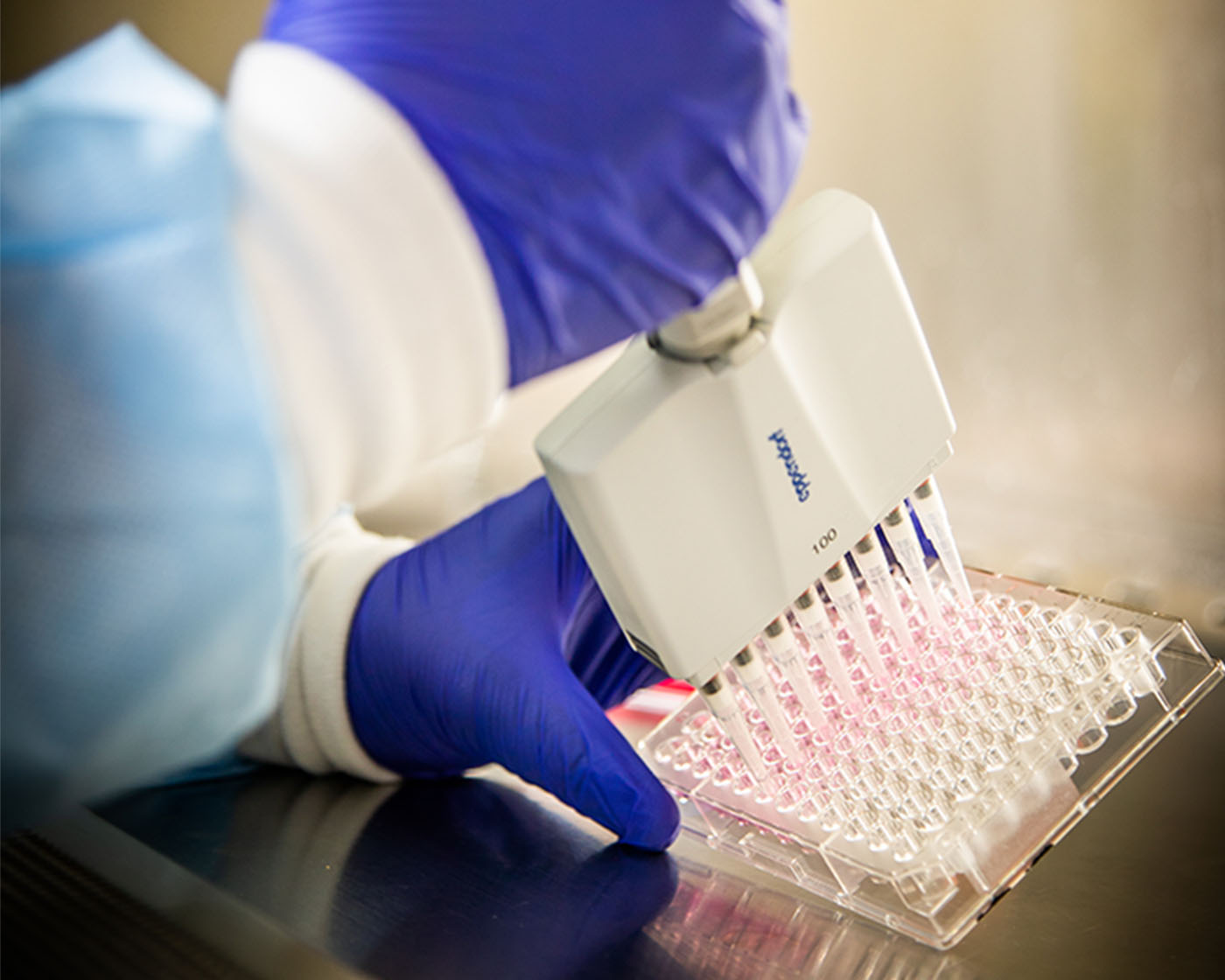 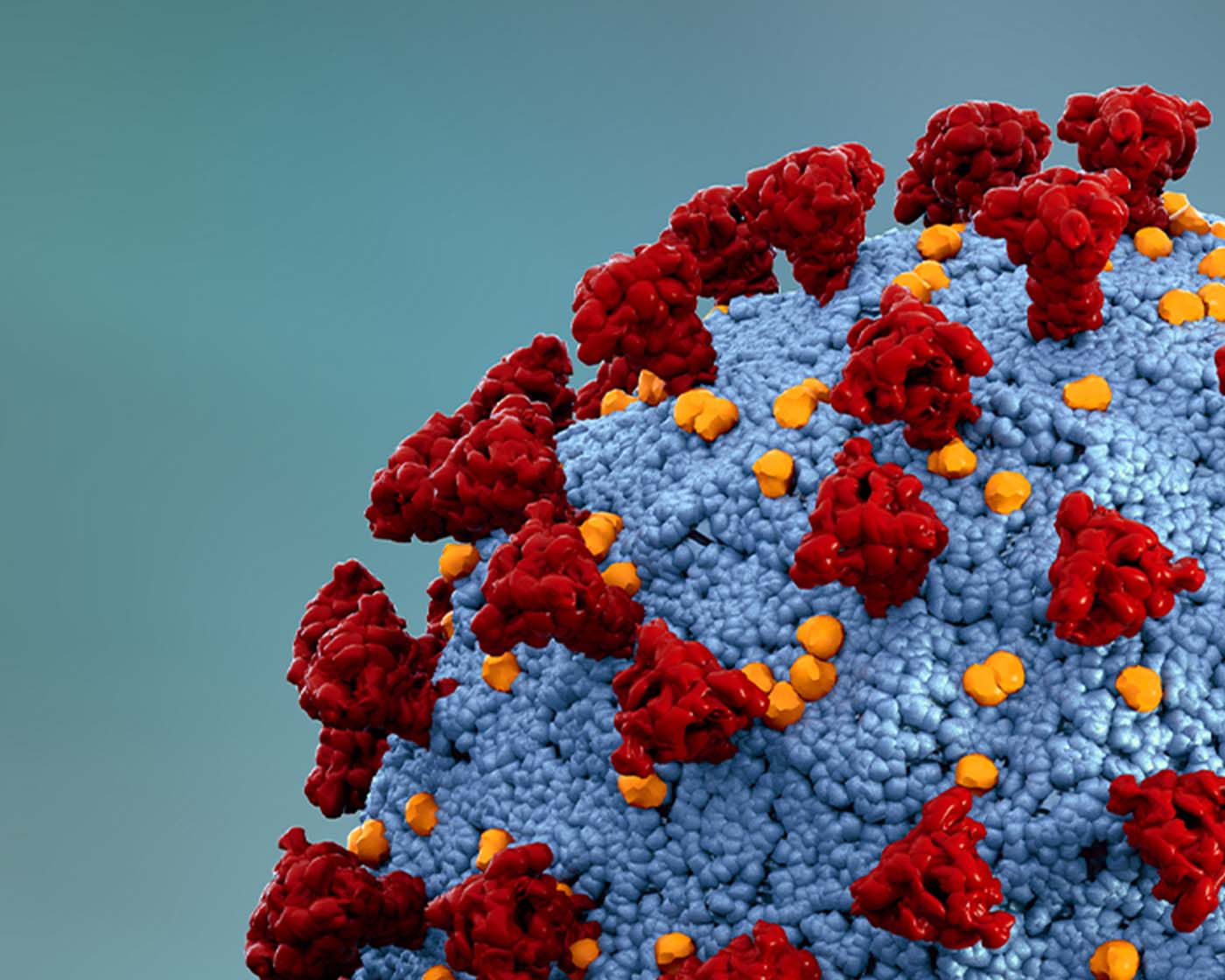