Los Alamos chemist is only US scientist thus honored 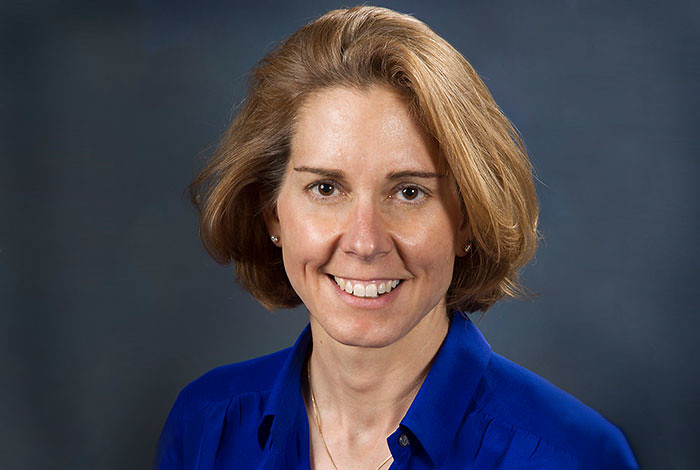 “The IUPAC Award recognizes Kiplinger’s outstanding scientific achievements. She is a pioneer in uranium and thorium chemistry, and her research has significantly expanded the broad understanding of actinide and lanthanide chemical bonding and reactivity,” said Alan Bishop, Principal Associate Director for Science, Technology and Engineering at Los Alamos. “Her work provides scientific underpinning that supports the Laboratory’s national security mission as well as advancing the fundamental understanding of actinide chemistry.”

The IUPAC awards program, initiated as part of the 2011 International Year of Chemistry celebrations, was created to acknowledge and promote the work of women chemists/chemical engineers worldwide. These 12 awardees have been selected based on excellence in basic or applied research, distinguished accomplishments in teaching or education, or demonstrated leadership or managerial excellence in the chemical sciences. The focus is particularly on nominees with a history of leadership and/or community service during their careers.

Kiplinger was recognized by IUPAC for her extensive contributions in three areas of inorganic chemistry. Her work has focused on the organometallic chemistry of pentavalent uranium, the realization of a terminal nitride complex of uranium, and non-aqueous uranium and thorium precursors for use in subsequent inorganic and organometallic synthetic efforts.

“To be nominated and selected for the IUPAC Distinguished Woman in Chemistry Award by my colleagues is such an extraordinary honor,” Kiplinger said. “I have found much joy in actinide chemistry research, both in advancing fundamental knowledge for the nation, and in training many next generation of scientists. Collaborations have been critical to my success, and I have been privileged to work with many talented and motivated staff, postdocs and students who have helped me advance this experimentally challenging area of chemistry. None of these discoveries would have been made without them,” she said.

Kiplinger acknowledged her work with the DOE Basic Energy Sciences, Heavy Element Program, the Los Alamos G.T. Seaborg Institute for Transactinium Science, and Los Alamos Laboratory Directed Research and Development Program that provided the continuity, exposure, and interactions with first-class researchers, which she said made possible her contributions to the field of actinide chemistry.

In addition to her research contributions, Kiplinger has for years dedicated time to the American Chemical Society (ACS), serving on journal editorial boards and holding different positions in the ACS’s division of Inorganic Chemistry.

“Dr. Kiplinger has inarguably made a huge impact on the inorganic chemistry community beginning with her graduate work under Tom Richmond at Utah for which they received the ACS Nobel Laureate Signature Award, and continuing unabated as she moved into the challenging area of early actinide organometallic chemistry at Los Alamos,” said coworker and former Los Alamos Chemistry Division Leader David Morris. “She has made transformative research contributions that have already influenced synthetic actinide chemistry on an international scale.”

Kiplinger is an internationally recognized leader in f-element chemistry. Kiplinger came to Los Alamos as the first Frederick Reines Postdoctoral Fellow in 1999 and became a Technical Staff Member within Chemistry Division in July 2002. She is a Fellow of the American Association for the Advancement of Science, the Royal Society of Chemistry, and the American Institute of Chemists.

The breadth and depth of her accomplishments are reflected by her peer-reviewed publications, granted patents, invitations to contribute to prestigious monographs and review articles, and plenary lectures delivered at international conferences in the field.  Her scientific achievements have been recognized by a Los Alamos Fellowship, a Fellows Prize for Research, two R&D 100 Awards, three mentoring awards and several Los Alamos/NNSA Best-in-Class Pollution Prevention Awards. In 2015 Kiplinger was selected as the first woman to receive the F. Albert Cotton Award in Synthetic Inorganic Chemistry from the American Chemical Society. She is also the first scientist at Los Alamos to have been honored with two national-level ACS awards, the first being the 1998 Nobel Laureate Signature Award in Chemistry.