James Barefield: Enjoying the 'light' side of chemistry 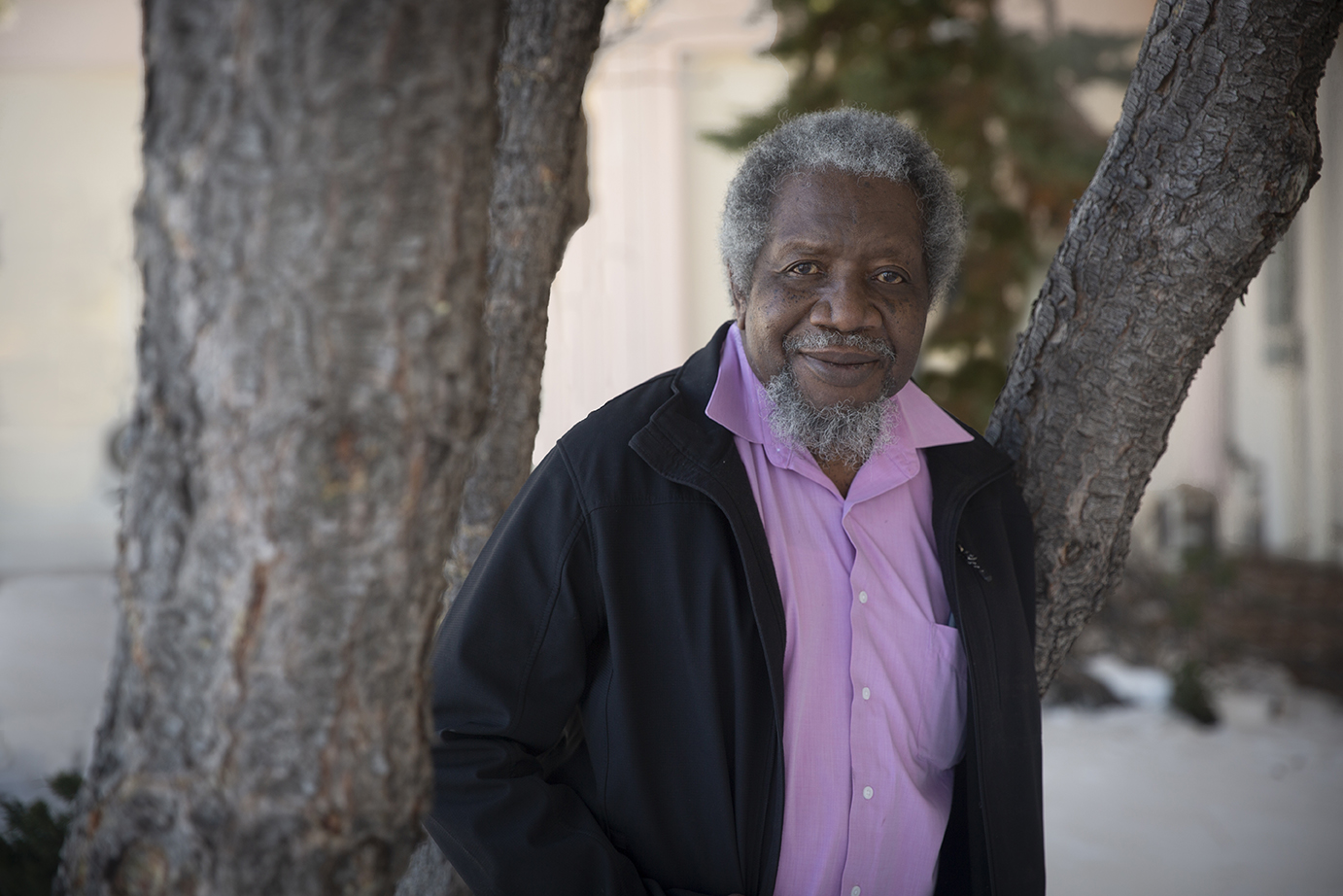 As a young child, James Barefield — now a distinguished photochemist and photophysicist in the Chemical Diagnostics and Engineering group — saw a glimpse of his future in a jar of grapes.

“I attempted to make grape juice,” he says. “I took some grapes, got a jar and some sugar, mashed up the grapes, put some water in it. One day my mom found the jar. She poured out the juice and said, ‘I know what you’re doing!’ She thought I was brewing up wine! She was sort of right, though I didn’t understand that until I got to high school.”

But that jar of grapes also demonstrated something else about James: his innate curiosity. “Once you learn how something works, you can figure out what it can be used for,” he says.

Perhaps such eureka moments steered James into chemistry. But rather than pursuing conventional experimental chemistry, James found himself fascinated by the intersection of atoms, molecules and light that would define his career.

“People tend to think of chemists wearing white coats and mixing things in test tubes and beakers, but that’s not me,” he says. “I’m in the instrument development side of chemistry. I want to measure things, not make new compounds.”

James has spent more than 40 years designing and building instruments that use light to measure the substances others make.

Peter says that James’ expertise in plasma physics and photo dynamics have contributed significantly to various high-profile weapons programs over the years.

The values behind the brilliance

“His moral integrity and work ethic are extraordinary and magnetic,” Peter says. “People go to him for counsel and guidance when they have technical problems, but also when they need other kinds of guidance about how to handle work situations. He is extremely collaborative, and he doesn’t let politics get in the way of science.”

Beth Judge, who came to Los Alamos as a postdoc in 2011 under James and is now a scientist in Chemistry Division, echoes those sentiments.

“I think of him as family more than as a mentor,” Beth says. “He is very compassionate and kind and an all-around good person. I was so fortunate to work for him because he really cared about me being successful at the Lab. He seems to particularly enjoy engaging younger people, and he’s willing to open his lab and share his knowledge, so people seek him out.”

His mentoring network extends outside of work — he even taught her kids to fish. “My son Owen really wanted to catch a catfish for his birthday, and James is an amazing fisherman. He took us out and within minutes Owen had caught a fish,” Beth says.

From Alabama to New Mexico

James’ early interest in math led him to physical chemistry, which combines math, physics and chemistry.

He moved from Alabama to Morehouse College in Georgia, where he dual majored in math and chemistry. From there he went to Drexel University in Philadelphia, and then on to the University of Utah in Salt Lake, where he received his doctorate in physical chemistry with a focus on the spectroscopy and photodynamics of materials.

While James was finishing his thesis work in 1977, his advisor pointed him to a group at Los Alamos that was hiring in his area of study. James traveled to New Mexico to give a presentation and impressed his audience so much that he was offered a job even before he completed his doctorate. He defended his thesis in early January 1978 and started at the Lab on Jan. 30.

James remembers his early work in laser fusion and laser isotope separation fondly because those were big programs with many people working on them. The opportunities to learn were numerous and the environment was highly collaborative. He says those projects illustrated clearly that when everyone pulls together, great things are possible.

When the laser isotope separation program ended in 1985, James realized that he had a large room full of lasers that could be adapted to the relatively new field of laser-induced breakdown spectroscopy (LIBS). From that point forward he was using LIBS to analyze actinides, plutonium and americium, and to assist with plutonium recovery. LIBS would go on to be a signature strength for Los Alamos and would win R&D 100 awards.

These days building instrumentation for specific applications is what James is most excited about, and his recent work spans from nuclear nonproliferation to weapons production to environmental cleanup and mitigation.

An example is a project brought to the Laboratory by an oil company that wanted to use LIBS to measure the integrity of high-pressure oil pipes. Another example is a backpack-mounted LIBS system he helped develop for New Mexico State University that would analyze agricultural soils to help determine water and fertilizer requirements.

James says he finds it exciting to be presented with these types of problems and then develop solutions that can be successfully deployed in the field.

Inside the Lab’s Pajarito Corridor, he and his collaborators have been using LIBS and Raman to characterize weapons materials at the molecular and atomic levels. “The TA-55 work is energizing because it is a completely new application and it supports the Lab’s core mission,” he says.

While James maintains a passionate interest in science, working with and mentoring young scientists has become an increasingly important part of his life.

Keri Campbell, a former postdoc and current staff member, says, “James is extraordinary, both as a scientist and mentor. He is an encyclopedia of spectroscopy; he can tell you what something is just from the wavelength without consulting databases. And as a mentor, he’s special. Most people who are experts in their field are happy to tell you when they think you’re wrong. When I would propose something that he probably knew wouldn’t work, he would smile and say, ‘Let’s try it.’”

Says John Goett, a scientist in Physics Division and a collaborator: “What stands out to me most about James is that he’s extremely curious. He’s a scientist’s scientist in that he is always questioning assumptions. And he does that with a humility that is unusual in someone who is senior in their field. I aspire to be like him when I reach a similar point in my career.”

Fishing, hunting and hiking keep James active when he is not doing research. In addition to getting out locally, he travels to southern New Mexico and Alabama for oryx, elk and deer, and as far as Alaska for fishing. He recently took a trip to Alaska’s Kenai Peninsula to fish for salmon, halibut and rockfish with one of his high school friends, Joe King. While there, he managed to catch a 40-pound halibut.

“Back before the fires, I could take a lunch break and run up to the Los Alamos reservoir and catch a few trout, throw them back and then go back to work. Of course, after the fires it kind of turned into a mess and you can’t really do that anymore. I also used to run down to the river from the White Rock Overlook, fish and come back.”

James notes that when he started at the Lab in 1978, the research model was very different; large programs and block funding were the norm, and most people did not know what a program code was. These days smaller programs must be knit together to secure adequate funding. That can prove more challenging for productive science research.

However, the upside of the current model is the opportunity to work on a wide variety of projects.

In summing up his career, James says, “In my opinion the Lab is arguably the No. 1 science institution in the country — even the world. I’m not aware of any place else that has as many people with advanced degrees; being able to collaborate so broadly is unique. When you go elsewhere and say you work at Los Alamos, you get people’s attention. Being able to be a part of that legacy and to continue it is an honor.”